Trump's 'Big Voice' in the Valley: Reelection, Water on Agenda 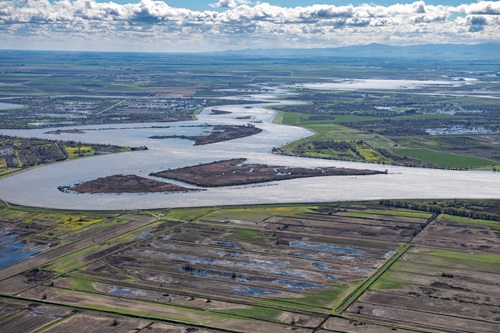 President Donald Trump makes his first visit to the San Joaquin Valley on Wednesday since taking office in 2017.
Water is the topic, and farmers are expected to pack the audience in Bakersfield.

In Washington, D.C., Trump said Tuesday that he’s ready to use his “big voice” to bolster Republicans’ 2020 campaign hopes as he heads west for a four-day visit mixing policy and politics.
Trump’s trip will be packed with big-dollar fundraisers, campaign rallies, and official presidential events where he can showcase administration actions and offset some of his travel costs.
Revealing details of Trump’s Bakersfield speech, the White House said that the president will “speak with hardworking farmers in the Central Valley about efforts to dramatically improve the supply and delivery of water in California and other Western states.”
While in Bakersfield, Trump is expected to ceremoniously sign his administration’s reworking of environmental rules involving Delta water.

Interior Secretary Was a Warm-up Act for Trump

At a speech in Tulare today, Trump’s Interior Secretary, David Bernhardt, warmed up a large ag crowd for Trump’s visit.
Bernhardt, a former lobbyist for Westlands Water District, talked about biological opinions, balancing the need for species protection, and “wasting less water.”
Bernhardt said that federal agencies would use real-time monitoring of endangered Delta smelt to slow water flows if necessary, but no longer would rely simply on the calendar.
“We will be utilizing the best science … and we will be able, we believe, to be much more efficient in these operations,” Bernhardt said.
“I think you are going to find out tomorrow that the president doesn’t think we are done. This is step No. 1 to create room to run.”
Environmentalist have said that the federal changes will harm endangered species.

House Minority Leader Kevin McCarthy (R-Bakersfield) offered a preview of Trump’s talk on Fox News’ Sunday Morning Futures.
“We need the security of our food supply … making sure that it’s grown in America, that it’s safe, and secure. We have a real concern in California because we send most of our water out to the ocean (instead of) sending it down to southern California, to our farmlands in the San Joaquin Valley, and others,” McCarthy said.
“This president has worked greatly using science — not based on politics — but on science, to allow to have more of that water stay with the Californians and America to make sure we’re secure in our food supply as we move forward.” In this March 28, 2019 photo, David Bernhardt, a former water, oil, and gas lobbyist, speaks before the Senate Energy and Natural Resources Committee at his confirmation hearing to head the Interior Department, on Capitol Hill in Washington. (AP File)

Trump’s Past Support for Valley Farmers

The president, you might recall, signed a wide-ranging bill in October 2018 to improve the nation’s water infrastructure, including adding water storage in the San Joaquin Valley.
America’s Water Infrastructure Act of 2018 authorized more than $6 billion in spending over 10 years for projects nationwide.
That same month Trump signed an executive memorandum that a senior White House official called “the most significant action by a president on western water issues.”
That action streamlined regulations to help speed up deliveries from the Central Valley Project and State Water Project, the two main systems delivering water to Valley farmers.
McCarthy said at the time that the White House action could bring more than 1 million acre-feet of water to the Central Valley.

President Donald Trump started his four-day western states tour today in Los Angeles.
Today, he meets with 2028 U.S. Olympic organizers for the Southern California games. He then has a fundraiser in Beverly Hills.
The president will fly to Las Vegas, where he will stay every night of his trip. That’s the advantage of having your own jet and a private hotel near the Las Vegas strip,
On Wednesday, Trump flies to Palm Springs, where he reportedly has a fundraiser hosted by Larry Ellison of Oracle.
The White House has not released when the president will arrive in Bakersfield for an afternoon event. Trump then heads to Phoenix for an evening rally.
According to a notice by the FAA, the airspace around Bakersfield is restricted between 1:15 p.m. and 5:30 p.m.
Thursday, Trump has a rally in Colorado Springs. Friday’s schedule will be announced later.

Politics 101 would have liked to report from a water forum today organized by Rep. Devin Nunes in Tulare. But the event was blacked out to some media, including GV Wire and The Fresno Bee. However, local television news stations were allowed to cover the forum at the International Agri-Center.
Nunes’ staff offered no explanation as to why some media organizations were denied entry.
The guest stars of the forum were Bernhardt and Jason Phillips, who is the CEO of Friant Water Authority. 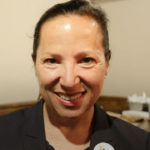 While Democrat Phil Arballo may have more campaign financing than anyone on the ballot challenging Nunes (R-Tulare) for the 22nd District seat, Bobby Bliatout is pulling in higher profile endorsements.
Bliatout scored the support of Democratic Lt. Governor Eleni Kounalakis.
“Healthcare expertise is desperately needed in Congress and I know that he’ll look out for the best interests of every person in his district. His optimism, energy, and dedication are exactly what we need to defeat Devin Nunes this year,” Kounalakis said in a news release.
Kounalakis also contributed $1,000 to Bliatout’s campaign.

About 9% of Fresno County voters have already returned their ballots, according to Fresno County Elections Clerk Brandi Orth.
Of the 477,853 of registered voters (as of Jan. 3), 41,940 returned their ballots by mail as of Monday.
That puts the return rate at just under 9%.
This election is the first in which Fresno County has mailed a ballot to every registered voter. No postage is necessary to return the ballots through the mail.
Instead of traditional precincts, voting centers will be set up throughout the county, with some open 4-10 days prior to March 3 Election Day.