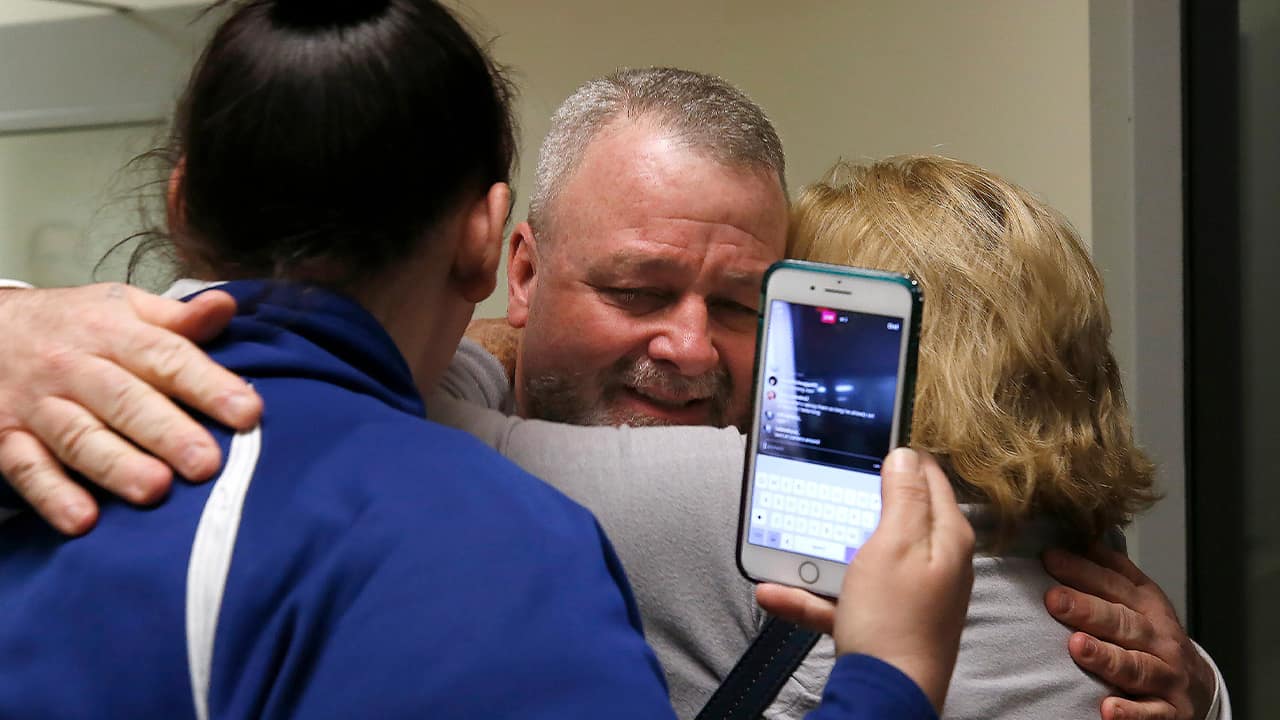 California authorities used recently developed DNA techniques to free one man and implicate another for only the second time in the United States, officials said Thursday.
Ricky Davis, who spent about 15 years in prison after being wrongfully convicted in the slaying of his housemate, was exonerated after authorities used extended DNA links developed through publicly available genealogical websites to build a family tree that led to the arrest of a new suspect.

Pierson said the developments are “two of the most dramatic extremes that you can experience.”
“On the one hand, we have the system working in the worst possible way. On the other hand, we have the evolution of technology in terms of genetic genealogy” that led to Davis being freed and a new suspect arrested this week, he said. “It is a surreal thing in a sense.”
The same DNA techniques in 2018 identified the suspected Golden State Killer, a former police officer now awaiting trial in 12 homicides and numerous rapes across California in the 1970s and 1980s.

It has since been used to find suspects in nearly 80 cases nationwide, said Anne Marie Schubert, the district attorney in neighboring Sacramento County whose office made the DNA link in both cases. But it’s only the second time the new technique exonerated a suspect, the first being last year in Idaho when Christopher Tapp was cleared of the 1996 murder of Angie Dodge, she said.
“It must be remembered that this is not a tool of conviction, it is a tool of justice,” Schubert said.
Jane Hylton, a 54-year-old columnist for the Foothills Times, was found dead — stabbed 29 times and bitten on the shoulder — on July 7, 1985, inside an El Dorado Hills home. She was staying there temporarily with her teenage daughter, Davis and Davis’ then-girlfriend Connie Dahl. Ricky Davis holds up a shirt with the logo of the Innocence Project after he was released from custody at the El Dorado County Jail in Placerville, Calif., Thursday, Feb. 13, 2020. Davis spent about 15 years in prison after being wrongly convicted of second degree murder in the stabbing death of his housemate, a newspaper columnist in 2004. The conviction was thrown after efforts by the Innocence Project, a non-profit legal organization, helped discover new evidence implicating another person in the crime. (AP Photo/Rich Pedroncelli)

The Case Went Unsolved Until Detectives Reopened It in Late 1999

The man arrested this week was one of three youths who were in a park that night with the then-13-year-old daughter of the victim.

More sophisticated recent DNA tests found unknown male DNA on the nightgown in the area of the bite mark and the same DNA profile under the victim’s fingernails. Those tests excluded Davis, Dahl and Hylton’s daughter as the sources of the DNA.
That led to Davis’ murder conviction being overturned in 2019 after project lawyers argued that “had the original jury heard the DNA results, it would have likely reached a different outcome.” He remained in jail until investigators were satisfied they had the real killer in custody.
Dahl, who received a one-year county jail sentence in the case, died in 2014.
Innocence Project staff attorney Melissa O’Connell said she thought she had the evidence to free her client in 2014, yet it took six more years before investigators were satisfied that they had found the real killer.
She said she was in tears and her client was emotional in court as he was ordered freed. He planned to celebrate with pizza and will be entitled to more than $750,000 in state compensation because he was wrongfully convicted, $140 for each day he spent behind bars.
A prosecutor shook Davis’ hand, she said, and “he got to hug his mom for the first time in court today in a very, very long time.”

Related Topics:CaliforniaDNAGolden State Killer
Up Next