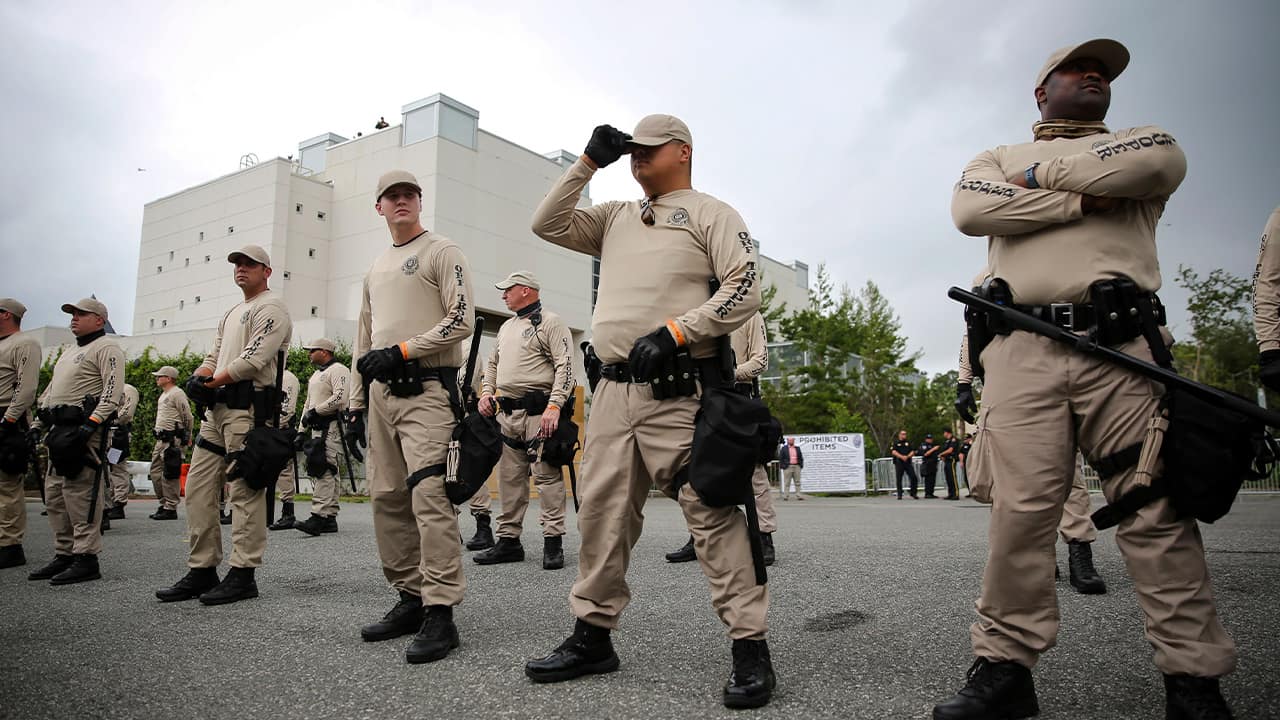 NEW YORK — Incidents of white supremacist propaganda distributed across the nation jumped by more than 120% between 2018 and last year, according to the Anti-Defamation League, making 2019 the second straight year that the circulation of propaganda material has more than doubled. By emphasizing language “about empowerment, without some of the blatant racism and hatred,” Segal said, white supremacists are employing “a tactic to try to get eyes onto their ideas in a way that’s cheap, and that brings it to a new generation of people who are learning how to even make sense out of these messages.”’
The propaganda incidents tracked for the Anti-Defamation League’s report, set for release on Wednesday, encompass 49 states and occurred most often in 10 states: California, Texas, New York, Massachusetts, New Jersey, Ohio, Virginia, Kentucky, Washington and Florida.
Last year’s soaring cases of distributed propaganda also came as the Anti-Defamation League found white supremacist groups holding 20% fewer events than in 2018, “preferring not to risk the exposure of pre-publicized events,” according to its report. That marks a shift from the notably visible public presence that white supremacist organizations mounted in 2017, culminating in that summer’s Charlottesville, Va., rally where a self-described white supremacist drove into a crowd of counterprotesters.
About two-thirds of the total propaganda incidents in the new report were traced back to a single white supremacist group, Patriot Front, which the Anti-Defamation League describes as “formed by disaffected members” of the white supremacist organization Vanguard America after the Charlottesville rally.
The Anti-Defamation League, founded in 1913 to combat anti-Semitism as well as other biases, has tracked Patriot Front propaganda using messages such as “One nation against invasion” and “America First.” The report to be released Wednesday found that Patriot Front played a major role last year in boosting circulation of white supremacist propaganda on campuses through a push that targeted colleges in the fall.

University Administrators ‘Should Speak out Against White Supremacist Messaging’

Segal said that his group’s research can equip community leaders with education that helps them push back against white supremacist groups’ messaging efforts, including distribution aimed at students.
University administrators, Segal said, should speak out against white supremacist messaging drives, taking the opportunity “to demonstrate their values and to reject messages of hate that may be appearing on their campus.”
Several educational institutions where reports of white supremacist propaganda were reported in recent months did just that. After white supremacist material was reported on campus at Brigham Young University in November, the school tweeted that it “stands firmly against racism in any form and is committed to promoting a culture of safety, kindness, respect and love.”

BYU stands firmly against racism in any form and is committed to promoting a culture of safety, kindness, respect and love. We stand with our sponsoring institution, The Church of Jesus Christ of Latter-day Saints, which has stated:

The school went on to tweet a specific rejection of white supremacist sentiment as “sinful” by its owner, the Church of Jesus Christ of Latter-day Saints, without naming the identity of the group behind the propaganda.
While some of the propaganda cataloged in the Anti-Defamation League’s report uses indirect messaging in service of a bigoted agenda, other groups’ activity is more openly threatening toward Jews and minority groups. The New Jersey European Heritage Association, a smaller white supremacist group founded in 2018, “contains numerous anti-Semitic tropes and refers to Jews as ‘destroyers’” in its most recent distributed flier, according to the report.
The Anti-Defamation League’s online monitoring of propaganda distribution is distinct from its tracking of white supremacist events and attacks, and that tracking does not include undistributed material such as graffiti, Segal explained.