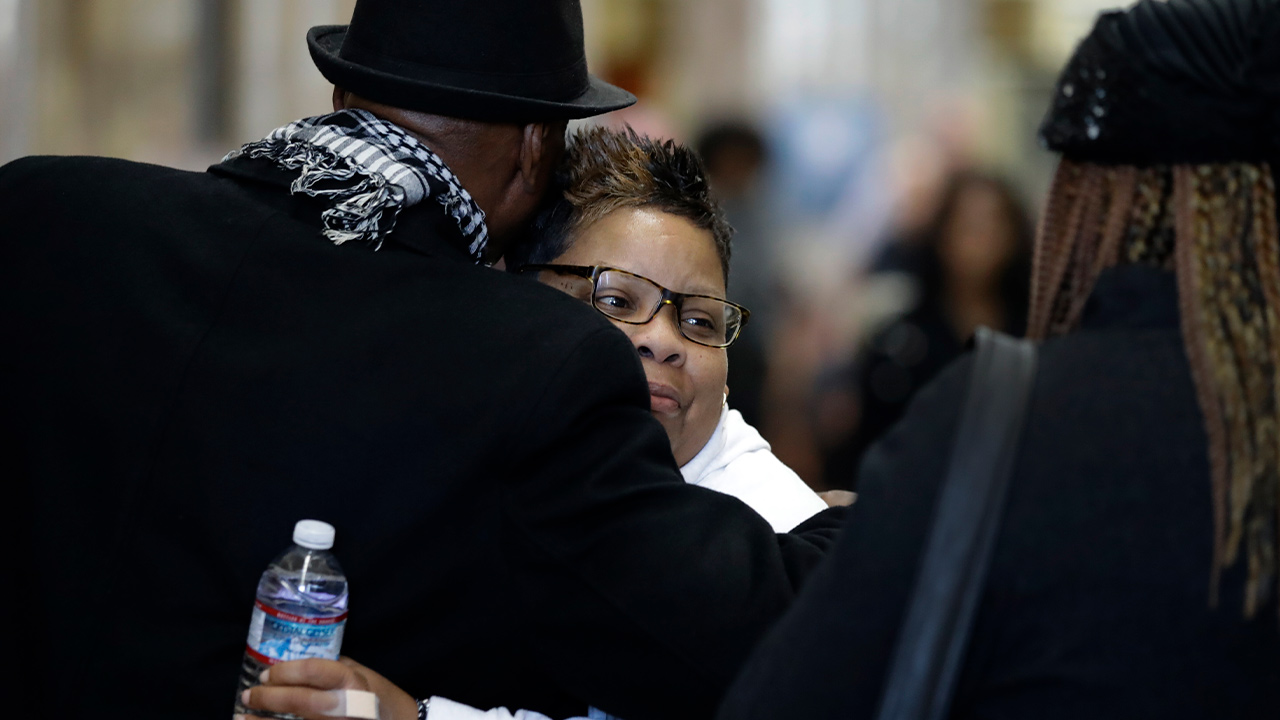 OAKLAND — More than a year after a young woman was stabbed to death by a stranger on a California subway platform, jurors deciding the fate of the accused killer saw on Wednesday video of the horrific attack.
The surveillance video showed a man pull a kitchen knife from his shirt and quickly strike 18-year-old Nia Wilson in the neck as she boarded a train. He then stabbed her 26-year-old sister Letifah Wilson, wounding her, before running away. 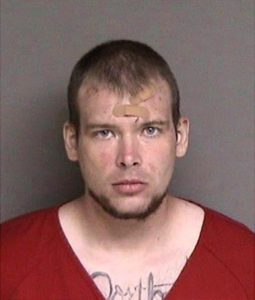 The video of the July 2018 attack in Oakland drew gasps as Wilson’s friends and family wept during opening statements of the murder trial.
John Lee Cowell, 29, followed the women from a Bay Area Rapid Transit platform onto a train for a 30-minute ride to a transfer station, then stabbed them when they were boarding another train to their destination, Deputy District Attorney Butch Ford told the jury.
Videos showed Cowell tailing the women and removing a knife hidden in his pants in the attack that killed Wilson and wounded her 26-year-old sister, Letifah Wilson.
Ford showed other video that he said showed Cowell trying to flee with passengers in the chaotic aftermath of the assault and purposefully misdirecting officers. The prosecutor argued the attack was carefully planned, showing Cowell changing clothes he kept in a backpack that was tossed, along with the knife, at a nearby construction zone.

“Evil exists in this world. That evil causes terrible things to happen,” Ford told jurors. “The evil, in this case, has a name. That name is John Lee Cowell.”


“Evil exists in this world. That evil causes terrible things to happen. The evil, in this case, has a name. That name is John Lee Cowell.” — Deputy District Attorney Butch Ford
Cowell has pleaded not guilty to murder and attempted murder with the special circumstance allegation that the stabbings were committed intentionally by lying in wait. His attorney, Christina Moore, said the killing was a “rash act” fueled by psychosis because of Cowell’s severe mental illness.
Cowell, a transient with a history of violence and mental illness, was taken from court earlier Wednesday after he disputed Ford’s presentation to the jury. He was allowed back for the beginning of Moore’s statements but didn’t return after a lunch break.
Superior Court Judge Allan Hymer told jurors to disregard Cowell’s outburst and absence from the courtroom.
The victims’ mother said she believed Cowell created a distraction in the courtroom so he could avoid watching video of the attack.
“It was too devastating for me to watch,” Alicia Grayson said.

Wilson’s Death Was One of Several Violent Attacks on BART

Moore said Wilson’s killing was tragic but urged jurors to consider Cowell’s mental state. She said she will present evidence that in the month before the attack, Cowell repeatedly sought medical treatment because he was having “auditory hallucinations” telling him someone was out to harm him.