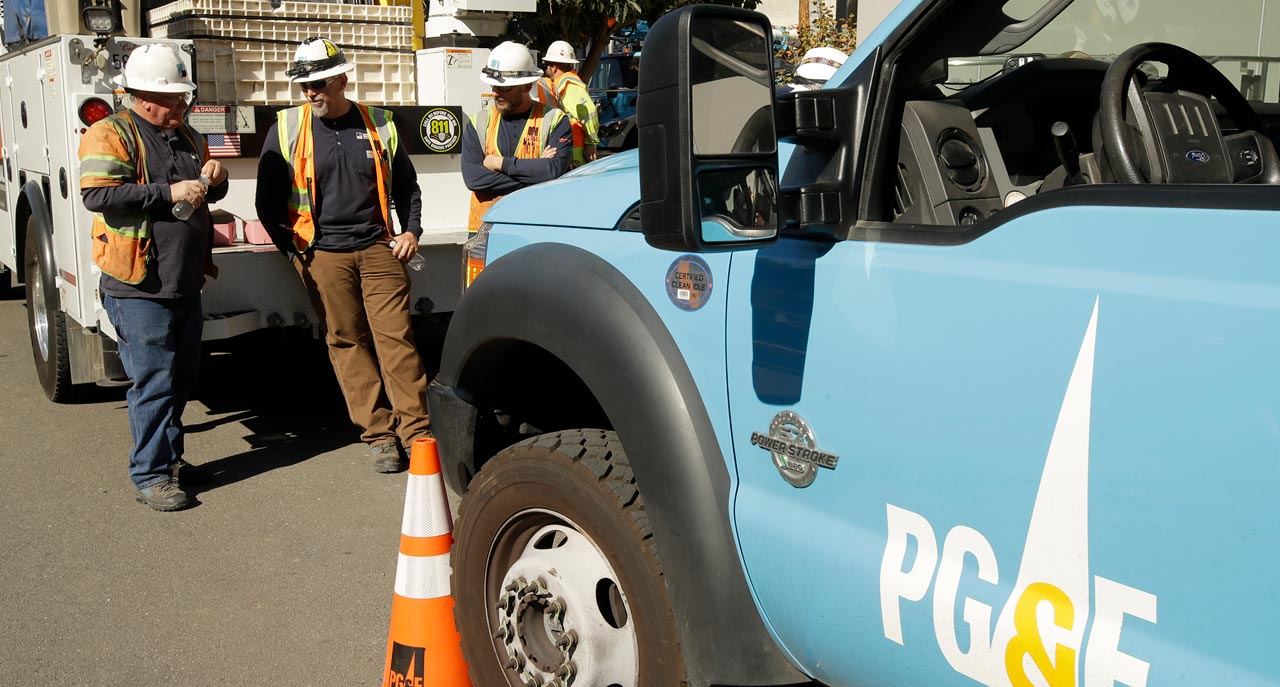 SAN FRANCISCO — Pacific Gas & Electric company, the nation’s largest utility, would be transformed into a publicly owned company under a bill unveiled in Sacramento Monday.
State Sen. Scott Wiener said the bill would involve a takeover the utility and its sprawling network of power lines that have been blamed for starting catastrophic wildfires that have killed dozens of people and caused billions of dollars in damage.
“PG&E is a failed utility with a track record of prioritizing profits over safety,” Wiener said. “It’s time for a new start.”

PG&E filed for bankruptcy last year and is trying to settle claims with wildfire victims, insurers and government agencies totaling $25.5 billion. The company faces a state-imposed June 30 deadline to emerge from bankruptcy in order to participate in an insurance fund set up by the Legislature.
In recent weeks, the company has intentionally shut off power to millions of people during windstorms to prevent wildfires, creating massive blackouts that have disrupted residents, businesses and local governments.
PG&E’s bankruptcy plan must be approved by Gov. Gavin Newsom and state regulators. But so far, Newsom has rejected the plan, saying it does not do enough to lessen the company’s debt to pay for up to $50 billion in safety improvements to its equipment.

Board of Directors Overhaul Pledged

Last week, PG&E pledged to overhaul its board of directors to avoid a state takeover. Newsom’s administration has not yet responded to that plan.
PG&E said it opposes Wiener’s takeover bill.
“PG&E’s facilities are not for sale,” company spokesman James Noonan said. “Changing the structure of the company would not create a safer or cleaner operation.”
The governor has threatened to take over PG&E if it doesn’t make acceptable changes. Wiener’s bill is the first glimpse of what a takeover could look like. Wiener’s office said it has discussed the bill with the Newsom administration and he has not ruled it out.

Bill Would Require State Buyout of $85B Utility

The legislation would require the State Power Authority, comprised of people appointed by the governor, to buy all of PG&E’s shares. Standard & Poor’s values the company’s assets at more than $85 billion.
Once that happens, the state would create the Northern California Energy Utility District, which would contract with a public benefit corporation to employ most PG&E
Wiener said the bill would not prohibit local governments from purchasing some of PG&E’s equipment and starting their own public utilities.
Wiener announced the legislation in San Francisco at an event disrupted by some protesters who shouted over speakers that the state should focus on solving the homeless problem first, among other criticisms.