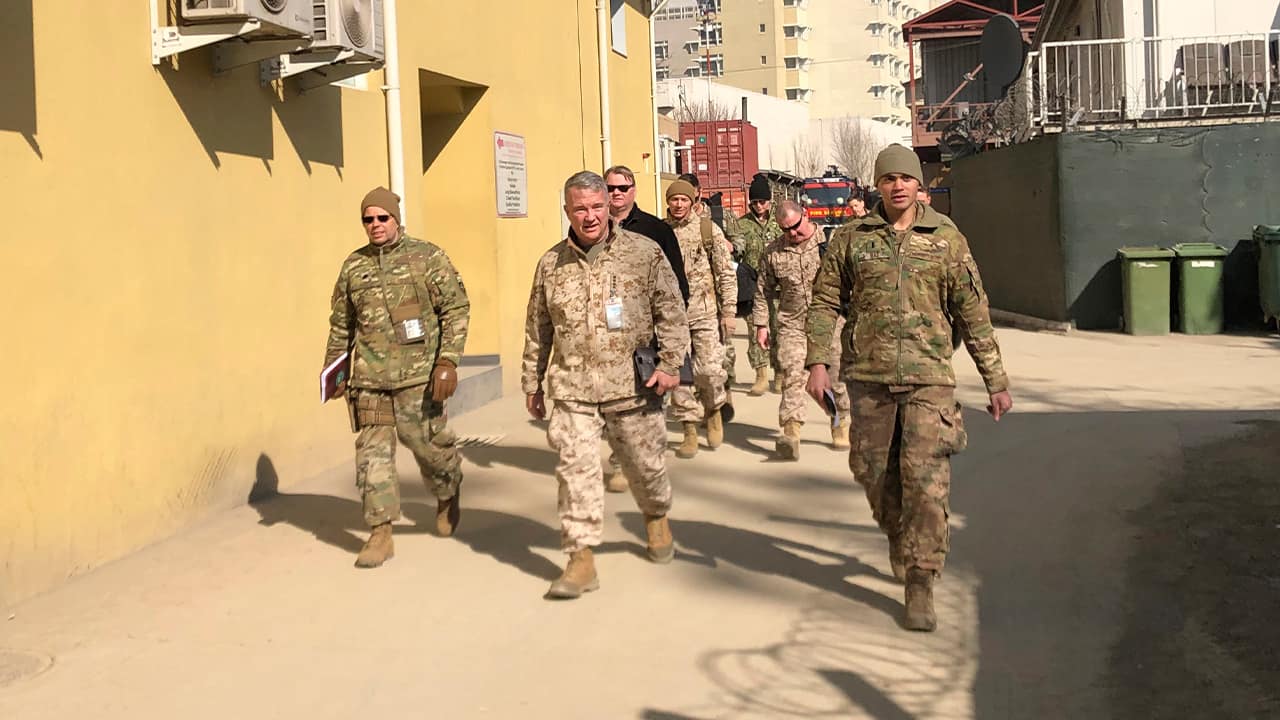 KABUL, Afghanistan — There has been an increase in Iranian activity in Afghanistan that poses a risk to American and coalition troops there, a senior U..S. commander said, as the threat from Tehran continues to churn across the Middle East. The Coalition’s Combat Campaign Against the Taliban Rages On

Meanwhile, the coalition’s combat campaign against the Taliban also rages on, even as the U.S. works to hammer out a peace agreement with the insurgent group. The U.S. and the Taliban are negotiating a reduction in hostilities or a cease-fire to allow the signing of a peace agreement that would open the way to a broader post-war deal for Afghans and allow for the withdrawal of most, if not all, U.S. and coalition forces.
But as Zalmay Khalilzad, Washington’s envoy for talks with the insurgents, works to broker a deal in Qatar, the Taliban has continued near daily attacks, and the coalition and its Afghan partners continue to strike insurgents. Last year the U.S. launched more munitions in Afghanistan than in previous years, as troops battled the Taliban and a stubborn Islamic State affiliate. Both sides see the violence as a way to push the other into a better deal.
“The coalition is going to put pressure on the Taliban to come to the peace table. We’ve always been very clear about that,” McKenzie said in an interview at the new NATO Special Operations Command Center. “If they don’t come they’re going to continue to be hit and hit hard.”
Still, he spoke more optimistically about the opportunity for some type of settlement.
McKenzie, who first served in Afghanistan as a colonel in 2004 and returned as a one-star general in 2009, said there was no path to peace during those years.
Now, he said, a political agreement is possible if the Taliban is willing to bring reasonable proposals to the table.
“I’m not going to tell you that we’re turning the corner, but I’m not willing to say that it’s going to be status quo forever either,” he said. “This is new, it’s different and it offers a path if the parties would be responsive and wise enough to grasp it.”


Related Story: Iraqis Rally Against US Troops, Demanding They Leave

The Afghan Security Forces Are Improving

Asked about the Trump administration’s stated desire to cut America’s troop presence in Afghanistan to about 8,600, McKenzie would only say that, so far, he hasn’t received an order to bring troops home.
He declined to say if withdrawal might be contingent on Taliban peace talk concessions.

California Just Finished Its Homeless Count. It's Sure to Be Inaccurate, and Politically Weaponized