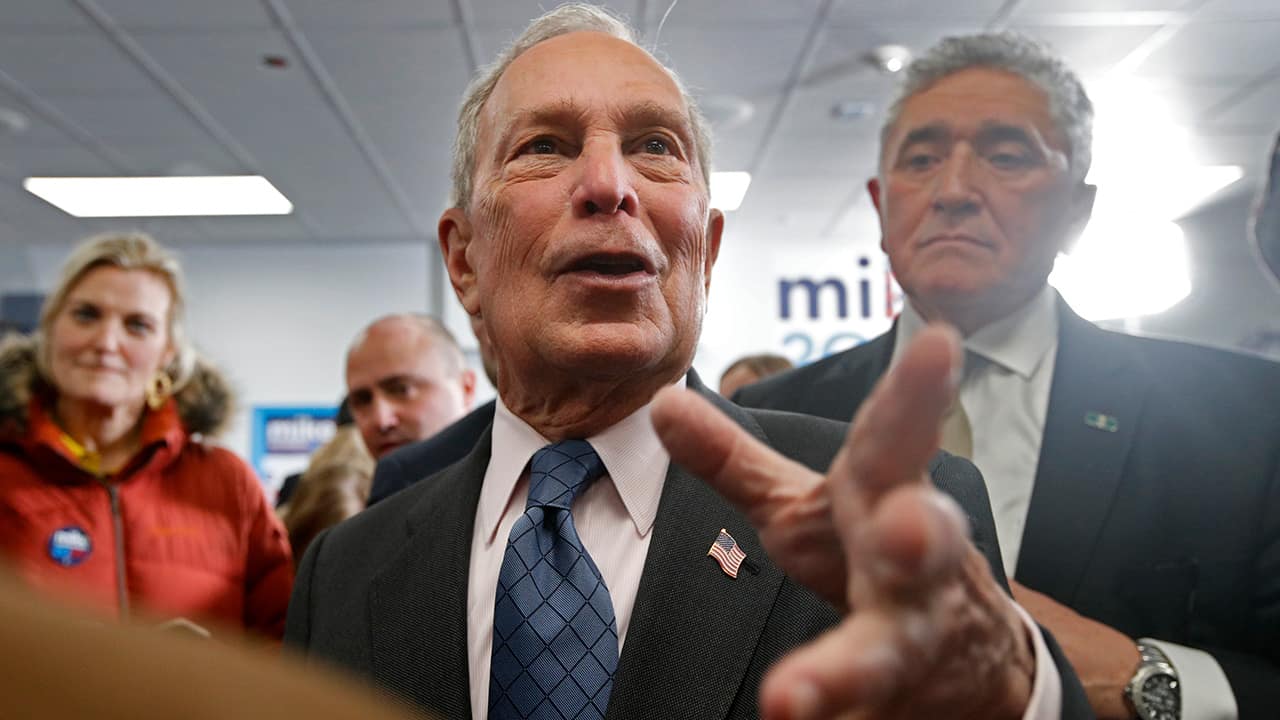 After weeks of TV advertising in the Fresno market, Mike Bloomberg will make a campaign stop here Monday morning.
His representatives said Friday morning that Bloomberg — a Democrat, billionaire businessman and former mayor of New York City — will appear with Ganamos con Mike (Win with Mike), a Latino support group.

Listen to this article:
The public event is scheduled for 10 a.m. at Fresno City College.
Over the last few months, Bloomberg has spent hundreds of thousands of dollars advertising on most Fresno TV stations and several radio stations in English and Spanish.

Bloomberg is the first presidential candidate to visit Fresno in 2020, and the fifth overall in the cycle. In 2019, Julián Castro, Pete Buttigieg, Bernie Sanders and Tom Steyer stopped in town.
Ballots for the March 3 election will be mailed on Monday. Bloomberg is forgoing campaigning in Iowa, where the state’s caucus also takes place Monday.
Bloomberg and Steyer have blanketed local airwaves with television and radio ads.
The Fresno stop will be the second of three scheduled for the day for Bloomberg. He’s also scheduled to be in Sacramento and Compton.

An NBC News/Wall Street Journal national poll released Friday indicates that Vermont Sen. Bernie Sanders and former Vice President Joe Biden are virtually tied at the top of the Democratic field.
Sanders has 27% support while Biden gets 26%. Sanders’ single-point advantage is within the poll’s plus-or-minus 4.74 percentage point margin of error.
Massachusetts Sen. Elizabeth Warren is at 15%, followed by Bloomberg in fourth place at 9%. Bloomberg was at 4% in the NBC/WSJ poll in December.
Update 1/31/2020, 11:15 a.m.: the original story said ballots will be mailed Tuesday. It is actually this Monday.