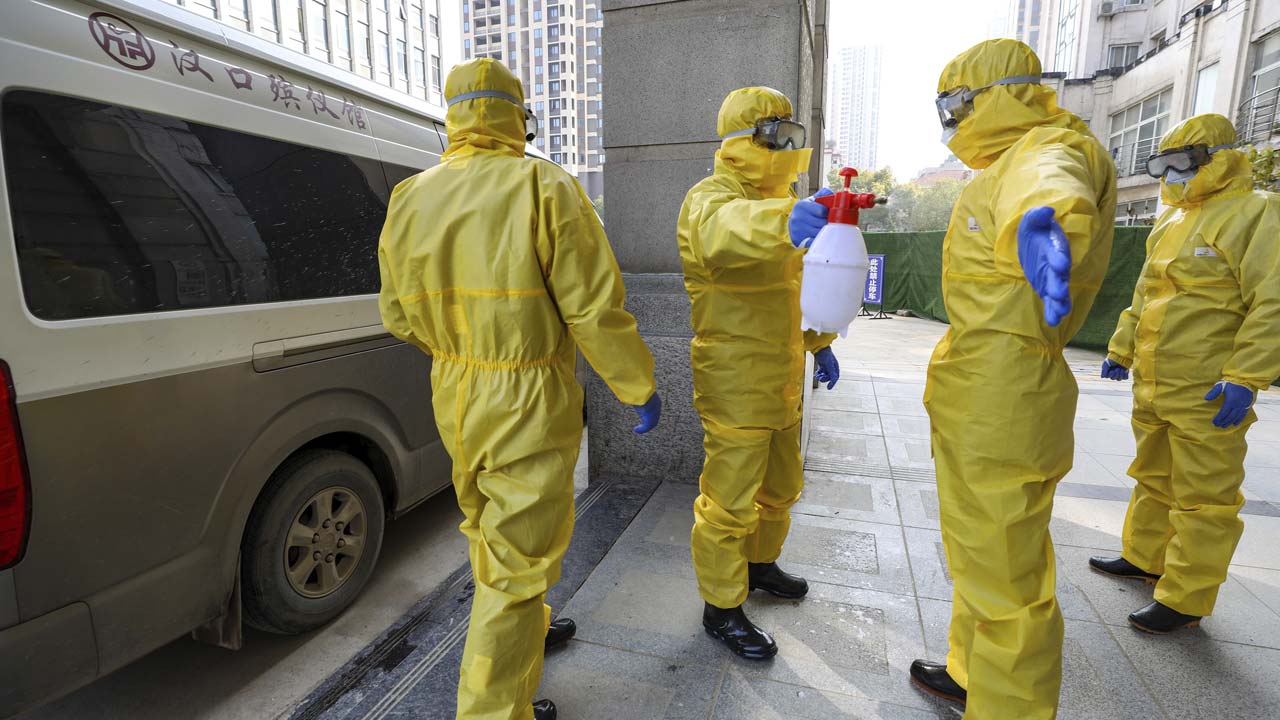 BEIJING — The World Health Organization declared the outbreak sparked by a new virus in China that has been exported to more than a dozen countries as a global emergency Thursday after the number of cases spiked tenfold in a week.
The U.N. health agency defines an international emergency as an “extraordinary event” that constitutes a risk to other countries and requires a coordinated international response.

China first informed WHO about cases of the new virus in late December. To date, China has reported more than 7,800 cases including 170 deaths. Eighteen other countries have since reported cases, as scientists race to understand how exactly the virus is spreading and how severe it is.

Spreading Through Human to Human Transmission

Experts say there is significant evidence the virus is spreading among people in China and have noted with concern several instances in other countries – including the United States, France, Japan, Germany, Canada and Vietnam – where there have also been isolated cases of human-to-human transmission.
The case in France is a doctor who was in contact with a patient with the new virus and later became infected himself. The doctor is now being treated in an isolated room at a Paris hospital. Outbreak specialists worry that the spread of new viruses from patients to health workers can signal the virus is becoming adapted to human transmission.
A declaration of a global emergency typically brings greater money and resources, but may also prompt nervous governments to restrict travel and trade to affected countries. The announcement also imposes more disease reporting requirements on countries.

On Thursday, China raised the death toll to 170 and more countries reported infections, including some spread locally, as foreign evacuees from China’s worst-hit region returned home to medical tests and even isolation.
Russia announced it was closing its 2,600-mile border with China, joining Mongolia and North Korea in barring crossings to guard against a new viral outbreak. It had been de facto closed because of the Lunar New Year holiday, but Russian authorities said the closure would be extended until March 1.
Train traffic between the countries was halted except for one train connecting Moscow and Beijing, but air traffic between the two countries continued, at least for now. Russia has not confirmed any cases of the virus.
Meanwhile, the United States and South Korea confirmed their first cases of person-to-person spread of the virus. The man in the U.S. is married to a 60-year-old Chicago woman who got sick from the virus after she returned from a trip to Wuhan, the Chinese city that is the epicenter of the outbreak.
There have been cases reported of the infectious virus spreading to others in a household or workplace in China and elsewhere. The case in South Korea was a 56-year-old man who had contact with a patient who was diagnosed with the new virus earlier.

The new virus has now infected more people in China than were sickened there during the 2002-2003 outbreak of SARS, a cousin of the new virus.
The latest figures for mainland China show an increase of 38 deaths and 1,737 cases for a total of 7,736 confirmed cases. Of the new deaths, 37 were in Hubei province, of which Wuhan is the capital, and one was in the southwestern province of Sichuan. Outside China, there are 82 infections in 18 countries, according to WHO.
China extended its Lunar New Year holiday to Sunday to try to keep people home, but the wave of returning travelers could potentially cause the virus to spread further.
Transport ministry spokesman Wu Chungeng outlined a series of rigorous temperature checks and other “severe measures” to detect possibly infectious passengers. Transport restrictions such as those isolating Wuhan and suspending inter-provincial bus services would remain in place, Wu said.
“It’s definitely very challenging, but we’re confident we can exert effective control,” Wu told reporters at the briefing.

To date, about 99% of the cases are in China. Ryan estimated the death rate of the new virus at 2%, but said the figure was very preliminary. With fluctuating numbers of cases and deaths, scientists are only able to produce a rough estimate of the fatality rate and it’s likely many milder cases of the virus are being missed.
In comparison, the SARS virus killed about 10% of people who caught it. The new virus is from the coronavirus family, which includes those that can cause the common cold as well as more serious illnesses such as SARS and MERS.
Chinese authorities have demanded anyone who traveled from or through Wuhan report to health authorities and self-quarantine themselves for 14 days, the maximum incubation period during which patients can be infectious even if they don’t show symptoms.
China has been largely praised for a swift and effective response to the outbreak, although questions have been raised about the police suppression of what were early on considered mere rumors — a reflection of the one-party Communist state’s determination to maintain a monopoly on information in spite of smart phones and social media.
That stands in stark contrast to the initial response to SARS, when medical reports were hidden as state secrets. The delayed response was blamed for allowing the disease to spread worldwide, killing around 800 people.