Gamez and Motta Save the Day for Bulldogs vs. Air Force 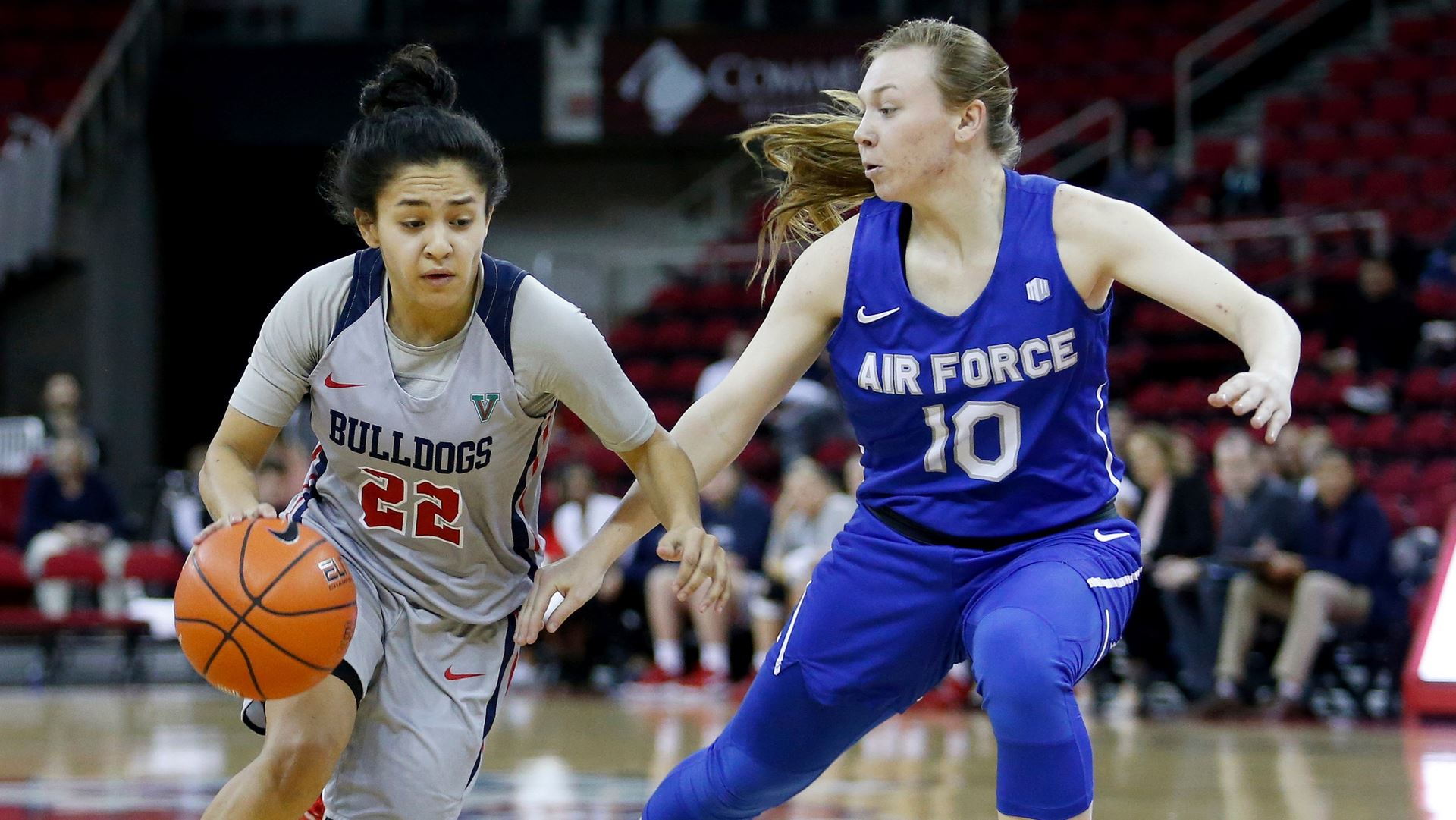 The Fresno State women’s basketball team showed again Wednesday night that when key players struggle, others will step up and carry the Bulldogs to victory.
With Hanna and Haley Cavinder off-target throughout the game, junior guard Aly Gamez and junior forward Wytalla Motta helped Fresno State grind out a 61-52 victory over Air Force at the Save Mart Center.

With the win, the Bulldogs improved to 10-0 in the Mountain West and 17-4 overall. They lead second-place San Jose State by just one game and will host the Spartans (15-6 overall) on Feb. 12.
Gamez, who is the team captain, scored 16 points and grabbed nine rebounds. Meanwhile, Motta finished with a season-best 11 points. The 6-footer from Brazil made 4 of 5 from the field.
The Bulldogs prevailed despite shooting 39.7% from the floor, as the Cavinders combined to make just 7 of 25 shots — including 1 of 9 from 3-point range.
In addition, Air Force held the Bulldogs’ leading scorer, forward Maddi Utti, to seven points.

How the Bulldogs Won It

Leading 52-50 and coming out of a timeout with 4 minutes, 19 seconds remaining, Maddi Utti set up Hanna Cavinder for a 3-pointer, which she converted. The Falcons had scored nine straight points before Cavinder connected.
Then, down the stretch, the Bulldogs made 4 of 6 free throws to fend off the Falcons (4-17, 2-8).

Asked about being in first place, Fresno State coach Jaime White answered:
“It’s just best not to think of it too much. It’s nice that we are, but just focusing on the next game I think has been the recipe, and really trying to figure out what (opponents) do offensively and defensively and matching it and then playing our best game. We play well on the road, we’ve taken a lot of pride to work hard and be ready.”