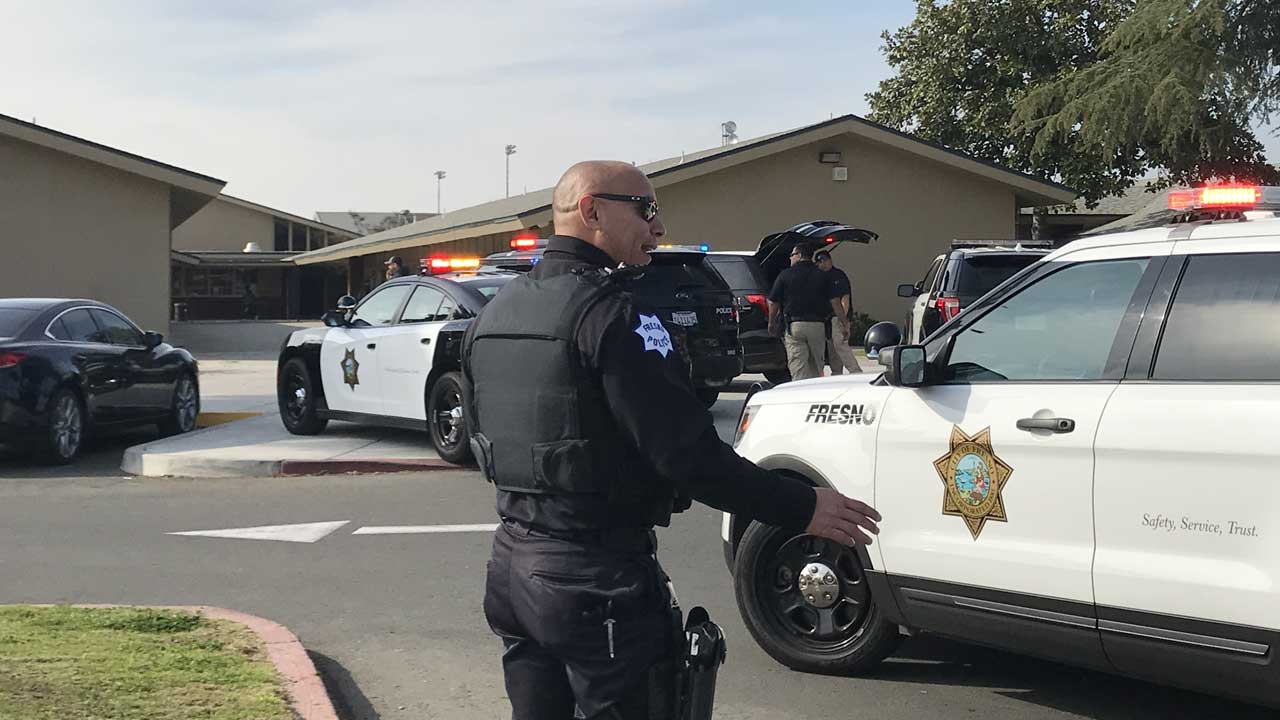 A student’s text about an active shooting at Bullard High School that caused a lockdown at the northwest Fresno school and two neighboring schools was a hoax, Fresno police Capt. Burke Farrah said Thursday. 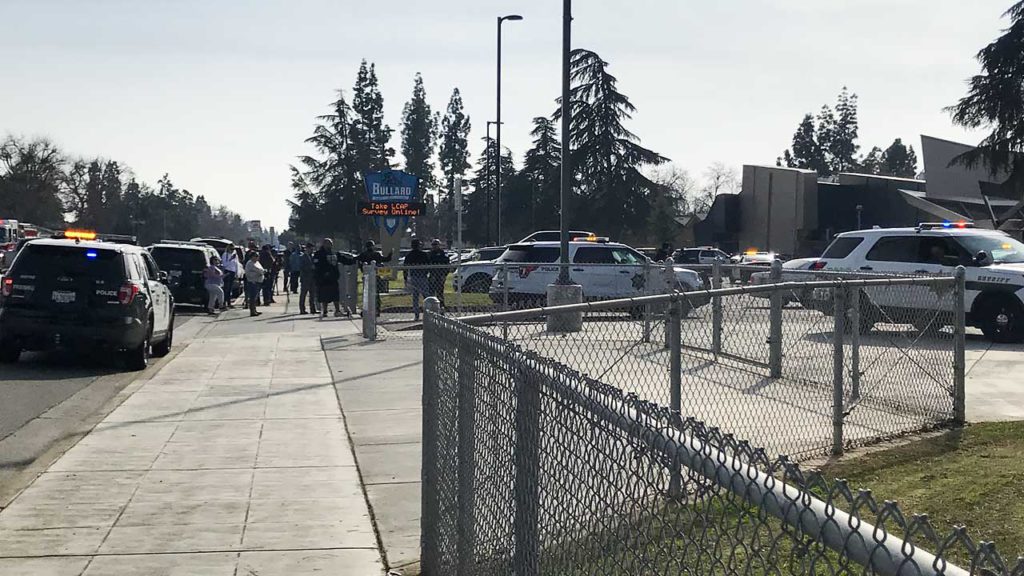 The student texted police just after 1 p.m., and “dozens and dozens” police, Fresno County Sheriff’s deputies and the California Highway Patrol immediately responded and went directly to the building where the shooting supposedly was occurring, Farrah said.
“On our arrival, we knew there were no sounds of shots fired, no students running or screaming, no problems whatsoever,” he said.
Students at Bullard, Gibson Elementary and Tenaya Middle School were locked in their classrooms while officers investigated the shooting report.
Farrah said officers spoke to the student who sent the text, who told them “she was documenting some chatter that had taken place.”

District spokeswoman Amy Idsvoog said threats of a school shooting were found in a Fresno High bathroom on Tuesday, leading to a lockdown at the central Fresno school on Wednesday. More threats were found later Wednesday written on the walls of two girls bathrooms, she said.
The threats, written in marker, prompted principal Johnny Alvarado to notify parents via a phone messenger program, Idsvoog said.
The school also arranged for additional security personnel to be on hand on Thursday, she said.
“Today’s incident shows that people are a little tense,” Idsvoog said.
She said she had no information about the age of the student who sent the text. Officials are investigating to learn if another person was involved in the text, she said.
Anyone with information about the threats at Bullard is asked to call the school’s confidential tip line at 559-825-7418, Idsvoog said.

Threats Will Be Prosecuted

Farrah said that as for the threats of a school shooting, “we’re here to tell you that that kind of threat, that kind of conduct, will not be tolerated.”
“If you make a hoax threat at a school in the city of Fresno, we will find out about it. We will pursue it and we will prosecute it,” he promised.
Classes resumed at Bullard after the lockdown was lifted, Farrah said.
Farrah said police are investigating the shooting threats that surfaced this week but have not found out the cause or who is behind them.

No Alerts Sent to Parents

On social media, parents criticized the district for failing to notify them about the lockdowns or clarifying what was going on.

At 1:37pm, we got a call from our son that he was locked in his classroom at @BHSKnights55 and there was an active shooter on campus. Shortly after, we see the same report given by the news. At now 2:07, our only source of information is from @Twitter.

@BobNelson_FUSD shoulnd’t parents at Gibson have been notified? Hell of a way to find out that my kids school was on lockdown.

Idsvoog said the district only issues rapid alerts about lockdowns if they affect student arrivals or departures. Districts have been advised not to notify parents otherwise in such emergencies because if they swarm to a scene, their presence will complicate the efforts of responding law enforcement officers.
“If you notify 2,000 parents, their first reaction is to all come to the school,” she said. “That causes additional problems.”
In addition, the district needs to have full possession of the facts surrounding an incident so as not to unduly panic parents by sending out incorrect or incomplete information, Idsvoog said.