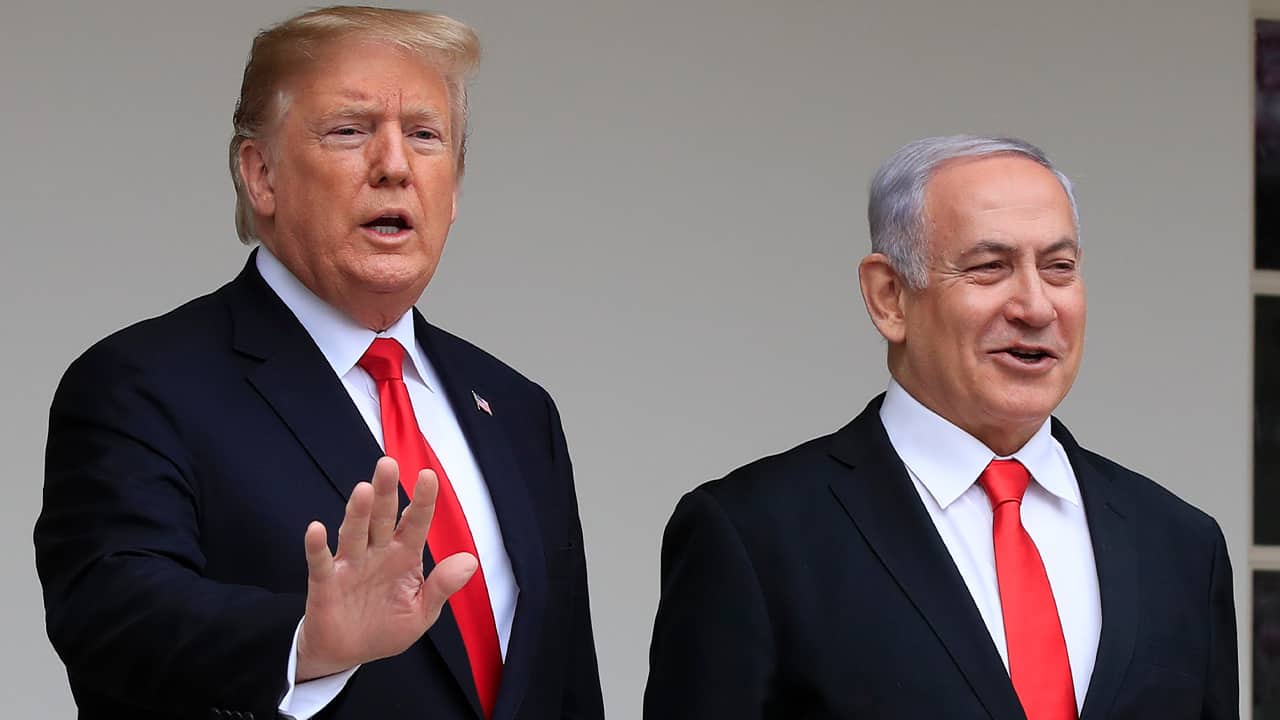 WASHINGTON — U.S. officials say President Donald Trump’s long-awaited Middle East peace plan calls for the creation of a State of Palestine with its capital in portions of east Jerusalem, ending speculation as to whether his administration, in preparing a proposal without input from Palestinian leaders, would abandon a “two-state resolution” to the conflict. FILE – In this Nov. 20, 2019, file photo, Blue and White party leader Benny Gantz arrives to address media in Tel Aviv, Israel. A blueprint the White House is rolling out to resolve the decades-long conflict between the Israelis and Palestinians is as much about politics as it is about peace. President Donald Trump said he would likely release his long-awaited Mideast peace plan a little before he meets Tuesday with Israeli Prime Minister Benjamin Netanyahu and his main political rival Benny Gantz. (AP Photo/Oded Balilty, File)

Netanyahu Has Called for Annexing Parts of the West Bank

Under the terms of the “peace vision” that Trump’s son-in-law and senior adviser Jared Kushner has been working on for nearly three years, the future Palestinian state would consist of the West Bank and Gaza, connected by a combination of above-ground roads and tunnels, according to the officials.
The officials said that both Israeli Prime Minister Benjamin Netanyahu and his main political challenger in March elections, Benny Gantz, had signed off on the plan. Netanyahu will be beside Trump as he unveils the plan at the White House.
The event comes as Trump’s impeachment trial continues in the Senate and Israel’s parliament had planned a hearing to discuss Netanyahu’s request for immunity from criminal corruption charges. Netanyahu withdrew that request hours before the proceedings were to begin, but Israel’s parliament, the Knesset, is still expected to meet. The body had been likely to vote against immunity, dealing Netanyahu a blow.
In the run-up to the March 2 election, Netanyahu has called for annexing parts of the West Bank and imposing Israeli sovereignty on all its settlements there. Israel captured the West Bank in the 1967 Mideast war, and the Jordan Valley in particular is considered a vital security asset.
Security responsibility for the Jordan Valley would remain in Israel’s hands for the foreseeable future but could be scaled back as the nascent Palestinian state builds its capacity, under the terms of the plan, which says that statehood will be contingent on the Palestinians meeting international governance criteria.

The officials said they expected negative responses from the Palestinians, as well as Turkey and Iran, but were hopeful that Jordan and Egypt, the only two Arab nations to have peace treaties with Israel, would not reject it outright. The officials said they expected Gulf Arab states like Saudi Arabia, the United Arab Emirates and others to cautiously welcome the plan.