Buckle Up: What to Watch as Impeachment Trial Takes off 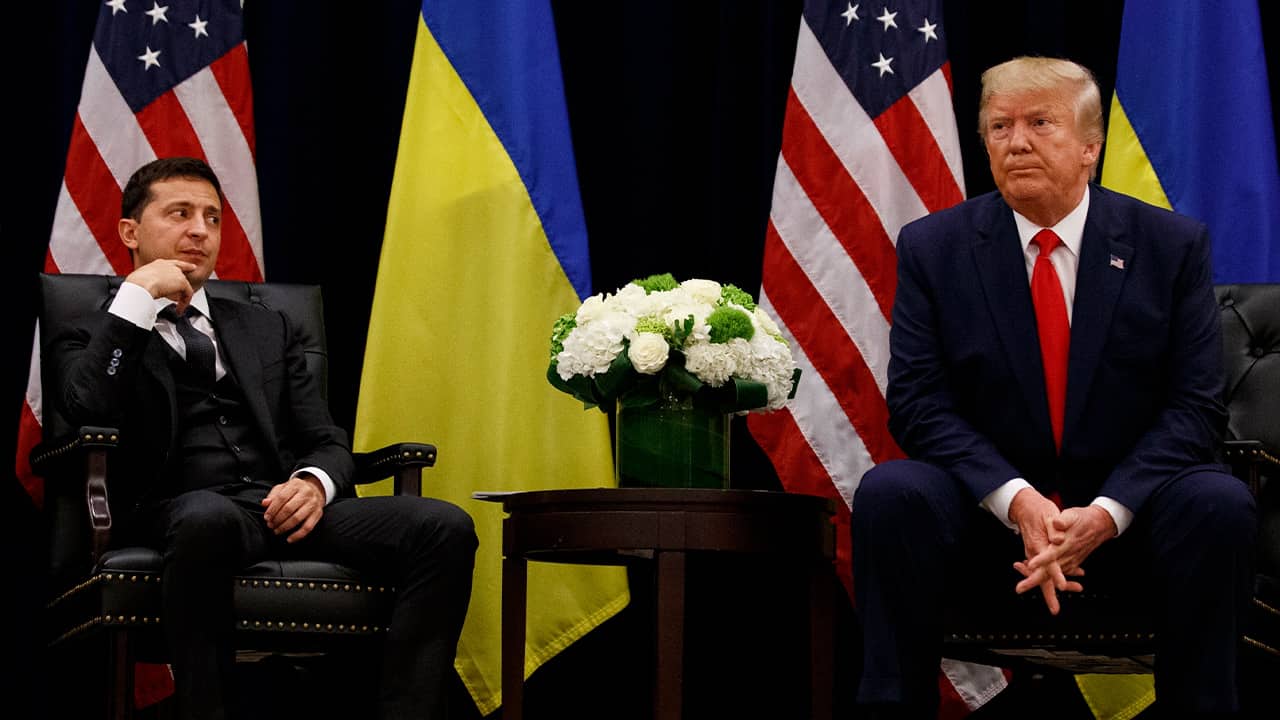 WASHINGTON — Senators like to float above messy politics in what’s known by some as the dignified “upper chamber,” home of Congress’ cooler heads and lofty rhetoric.

But first, naturally, some talk.
The Senate opens with debate on the structure and rules of the proceedings. Senate Majority Leader Mitch McConnell is proposing a condensed, two-day calendar for opening arguments on the articles passed by the House on Dec. 18. They charge Trump with abusing power by pressuring Ukraine to help him politically, and obstructing Congress when it tried to find out what happened.
McConnell’s ground rules are outlined in a four-page resolution that must be voted on as one of the first orders of business. It pushes off any votes on witnesses until later in the process, rather than up front, as Democrats had demanded. But McConnell’s plan on witnesses lines up with the organizing resolution that set the structure of President Bill Clinton’s trial in 1999.
Whatever the rules, this journey is expected to end at a known destination: Trump’s acquittal.

“At all times,” according to Senate rules, a majority of senators present can vote to close the proceedings and debate in private. That would mean the cameras shut off and everyone who’s not a member of the Senate kicked out of the chamber until the senators choose to reopen it.
Senators did that at various points during the Clinton trial. McConnell then argued that members of the chamber listen to each other better in private.

McConnell, defending his GOP majority and up for reelection himself, wants to make this trial go quickly. He’s proposed a compressed schedule with long days.
After the four days of opening arguments — maximum 24 hours per side — senators will be allowed up to 16 hours for questions to the prosecution and defense, followed by four hours of debate. Only then will there be votes on calling other witnesses.
Democrats said that structure is an attempt to rush the trial and cover up the president’s actions.
Senate rules say the trial must proceed six days a week — all but Sunday — until it is resolved.
There’s some question about whether it’s finished by Feb. 4, the day of Trump’s State of the Union speech. White House officials say that appointment remains, as of now. Trump can ask the House to postpone it.
But here again, there’s precedent for Trump to consider: Clinton delivered his State of the Union speech in the midst of his Senate trial. He wasn’t running for reelection, however, as Trump is. FILE – In this Jan. 15, 2020, file photo, Clerk of the House Cheryl Johnson carries the articles of impeachment against President Donald Trump to the Senate on Capitol Hill in Washington. It’s the story of a president who either had a “perfect phone call” with Ukraine or abused his power and should be removed from office. What to watch as presidential impeachment arguments get underway in the Senate for only the third time in American history. (AP Photo/J. Scott Applewhite, File)

Off the Trail, Off the Grid

Watch a coterie of Democratic senators who literally would rather be somewhere else — specifically Iowa and New Hampshire — ahead of their party’s kickoff votes for the right to try to unseat Trump in the November election.
Watch Sens. Elizabeth Warren of Massachusetts, Bernie Sanders of Vermont, Michael Bennet of Colorado and Amy Klobuchar of Minnesota for signs of fatigue from flying between Washington and these places and coping with being off the internet for hours at a time.
Also look for the surrogates, video calls to supporters and ads designed to give them a measure of presence in the early nominating states.

They could be heard practicing speeches in the shuttered Senate chamber late into Monday night.

Trump cast some big personalities for seats at the defense table.
White House counsel Pat Cipollone and personal lawyer Jay Sekulow are expected to lead the argument that Trump committed no crimes, that abuse of power is not an impeachable offense and that the president is a victim of a political “witch hunt” by Democrats.
“I’m sure it’s going to work out fine,” Trump said Tuesday in Davos, Switzerland.
Bringing experience both in constitutional law and the politics of impeachment, he’s adding retired law professor Alan Dershowitz and Ken Starr, the independent counsel who investigated Clinton. The team also will include Pam Bondi, the former Florida attorney general.
The team, less experienced in the Senate than the House prosecutors as a whole, visited the Senate chamber Monday, in part to test the equipment they expect to use for audio-visual presentations.
Look for signs of tension involving the president’s outside legal team and lawyers within the White House. Dershowitz on Sunday tried to distance himself from the president.