Trump Thanks Farmers for Backing Him Through China Trade War 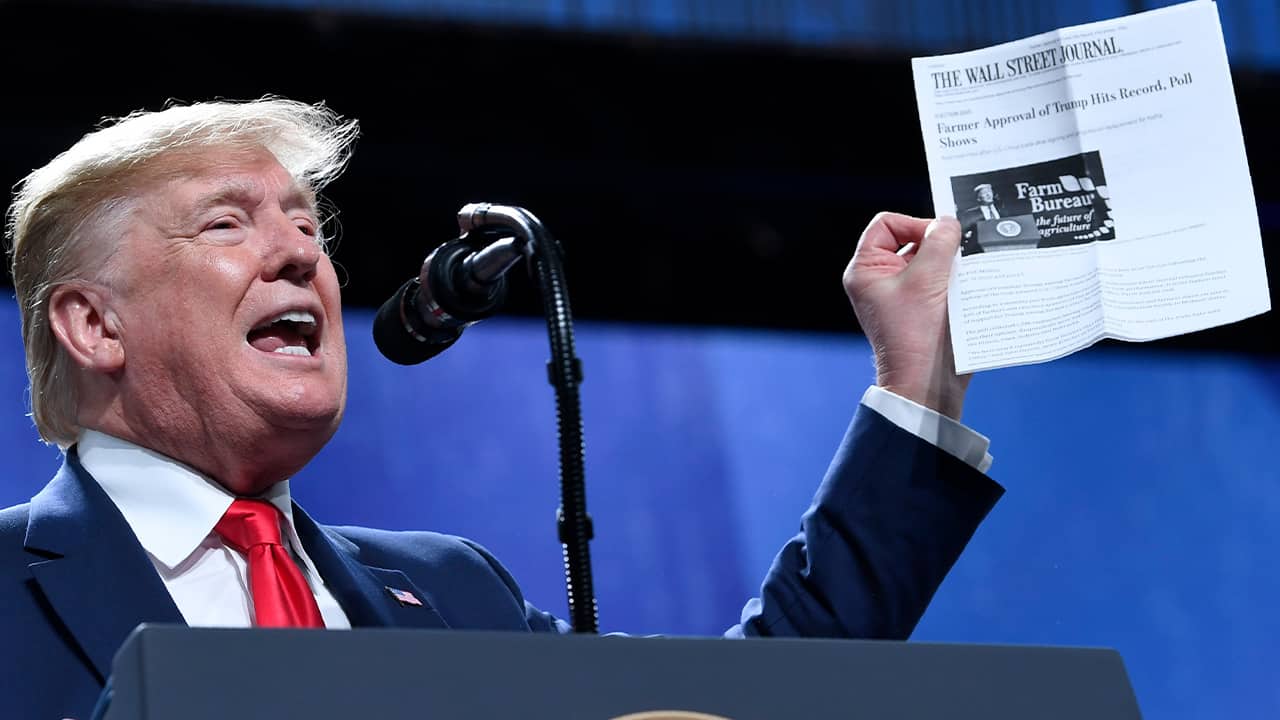 AUSTIN, Texas — President Donald Trump thanked farmers Sunday for supporting him through a trade war with China as he promoted a new North American trade agreement and a separate one with China that he said will massively benefit farmers.
“We did it,” Trump said, recalling his campaign promises to improve America’s trading relationships with other countries. The Republican president wants another term in office and is seeking to shore up support among his base, including farmers.
Trump announced he is taking steps to protect the water rights of farmers and ranchers by directing the Army Corps of Engineers to immediately withdraw a new water supply rule and allow states to manage water resources based on their own needs and what the agricultural community wants.
“Water is the lifeblood of agriculture and we will always protect your water supply,” Trump said.
Trump signed a preliminary trade deal with China at the White House last Wednesday that commits Beijing to boosting its imports of U.S. manufacturing, energy and farm goods by $200 billion this year and next. That includes larger purchases of soybeans and other farm goods expected to reach $40 billion a year, the U.S. has said, though critics wonder if China can meet the targets.
In Austin, Trump described the trade agreement with China as “groundbreaking” and said, “We’re going to sell the greatest product you’ve ever seen.”

NAFTA Had Triggered a Surge in Trade Among the Three Countries

Also last week, the Senate voted overwhelmingly in favor of the U.S.-Mexico-Canada Agreement, a successor to the 1994 North American Free Trade Agreement. The administration designed the new agreement to return some factory production to the United States, mostly automobiles.