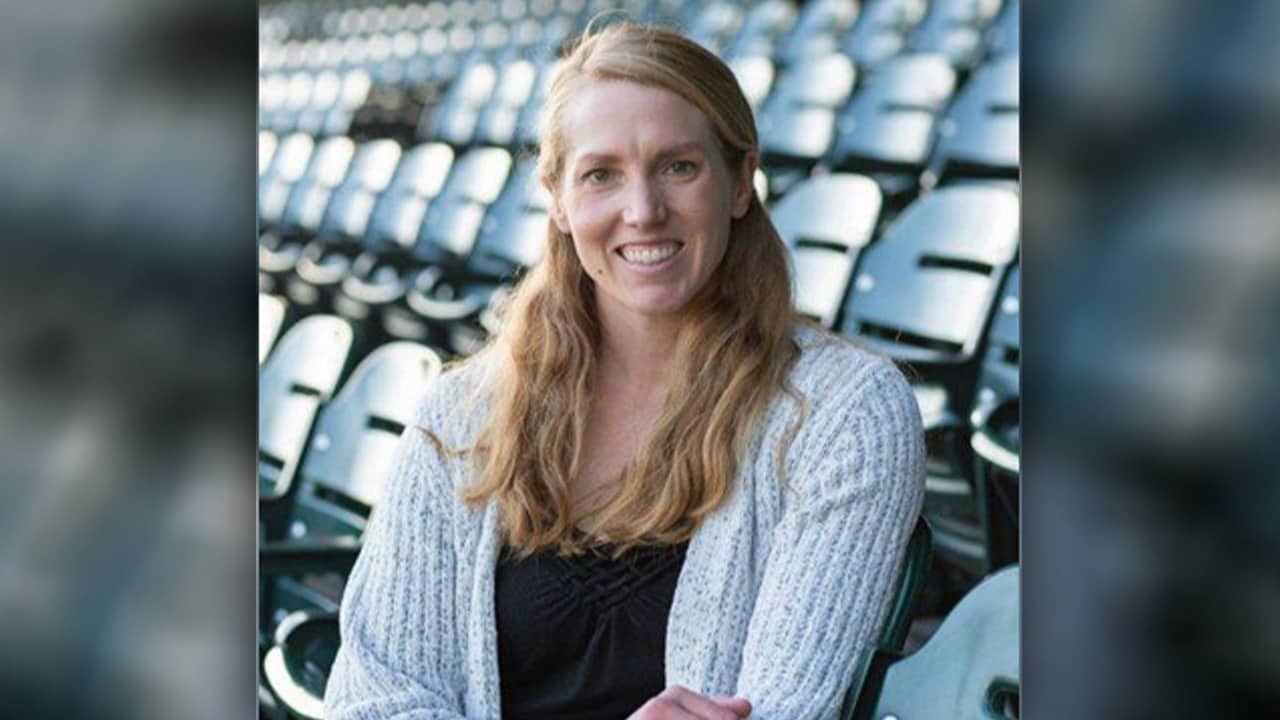 SAN FRANCISCO — Alyssa Nakken became the first female coach on a major league staff in baseball history Thursday when she was named an assistant under new Giants manager Gabe Kapler.
Major League Baseball confirmed Nakken is the first woman coach in the majors. Nakken is a former softball standout at first base for Sacramento State who joined the club in 2014 as an intern in baseball operations. She and Mark Hallberg, who was also named as an assistant Thursday, will work to promote high performance along with a close-knit team atmosphere.
Kapler, who expressed during the winter meetings that he would hire some coaches for nontraditional roles, said in a text message Nakken (nack-in) will be in uniform.
The team said Nakken has been responsible for “developing, producing and directing a number of the organization’s health and wellness initiatives and events.”

Nakken Was a Three-Time All-Conference Player

The NBA has several female assistant coaches. The NFL’s San Francisco 49ers, playing in this Sunday’s NFC championship game, have Katie Sowers as an offensive assistant.
At Sacramento State from 2009-2012, Nakken was a three-time all-conference player and four-time Academic All American. She went on to earn a master’s degree in sport management from the University of San Francisco in 2015.
“Alyssa and Mark are highly respected members of the organization and I’m delighted that they will now focus their talents on helping to build a winning culture in the clubhouse,” Kapler said. “In every organization, environment affects performance, and baseball clubhouses are no different. That’s why in addition to assisting the rest of the coaching staff on the field, Mark and Alyssa will focus on fostering a clubhouse culture that promotes high performance through, among other attributes, a deep sense of collaboration and team.”
San Francisco also signed left-hander Drew Smyly to a one-year contract. Smyly went a combined 4-7 with a 6.24 ERA over 25 appearances with 21 starts and 114 innings between Texas and Philadelphia last season.