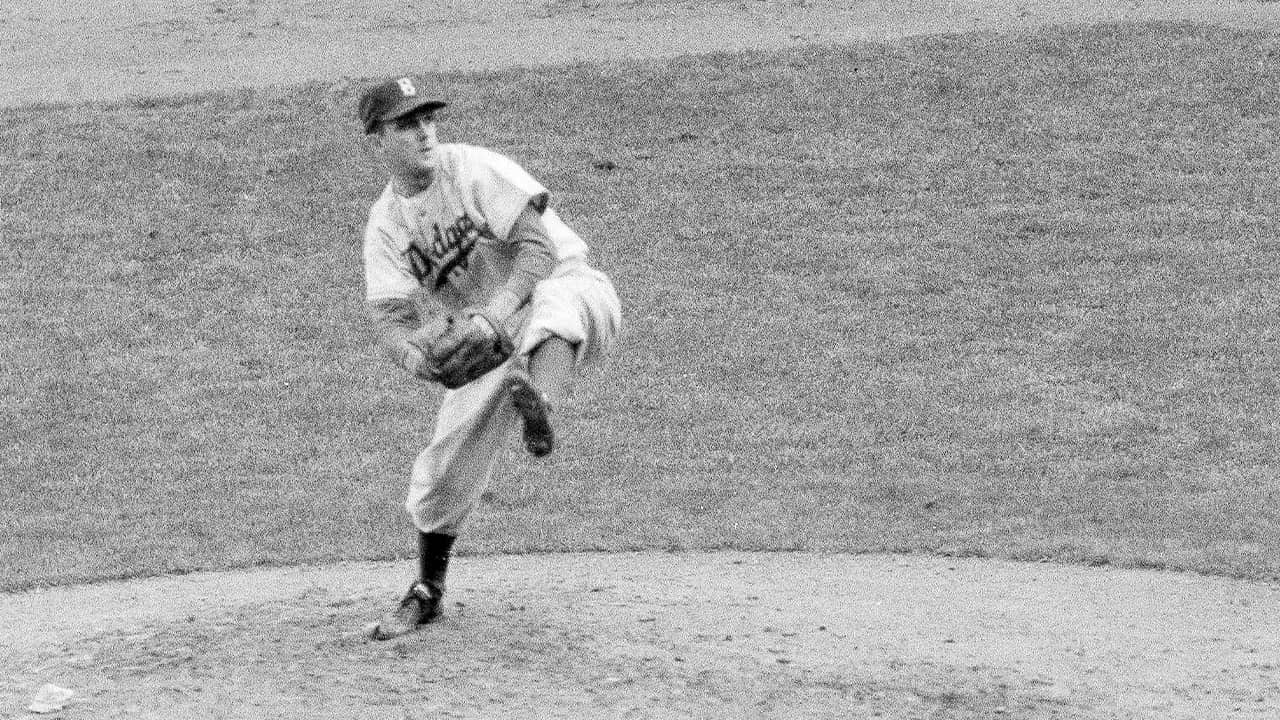 NEW YORK — Stealing signals. Banging on a trash can. Beating the Dodgers in October.
Sounds very familiar to Carl Erskine.
“If they’re going to go back to 2017 with penalties for the Astros,” he said Wednesday, “then I want them to go all the way back to 1951 to help us.”


“If they’re going to go back to 2017 with penalties for the Astros, then I want them to go all the way back to 1951 to help us.” — Carl Erskine
The old Brooklyn pitcher was laughing. Sort of.
Now 93, Erskine vividly recalled what — until this week — had been the biggest sign-stealing scandal in baseball history.
Up by 13 1/2 games in mid-August, Jackie Robinson and the Dodgers seemed destined. That was until rookie Willie Mays and the New York Giants came flying back, fueled by an incredible, late run in home games at the Polo Grounds, and forced a best-of-three playoff for the National League pennant.
Erskine was warming up in the Brooklyn bullpen in Game 3 when Bobby Thomson connected for the famed “Shot Heard ‘Round the World,” a three-run homer in the bottom of the ninth off Ralph Branca that rallied the Giants to a 5-4 win.

‘We Were Suspicious, but We Couldn’t Prove Anything’

A half-century later, a giant secret was revealed: The Giants had rigged a spyglass-and-buzzer system in late July to steal catchers’ signals and tip off their hitters.
“We thought something was going on, we were suspicious, but we couldn’t prove anything,” Erskine said from his home in Anderson, Indiana. “I remember Ralph said to me, ‘I bet those dirty birds are cheating.'”
Herman Franks, a former Dodger who had become a Giants coach, was stationed in the home clubhouse, above the 483-foot mark in center field. From a darkened window, he spied on catchers with a telescope, then relayed the signs.

When a buzzer rang in the New York bullpen — conveniently located in play back then, in deep right-center field — a Giants player who might waggle a white towel would signal to the hitter what kind of pitch was coming.
“A batter wouldn’t even have to move his head,” Erskine said. “It was right over the pitcher’s left shoulder. Just shift your eyes to about 2 o’clock and you’d see it.”
Several years after the scheme came to light, Erskine saw an obituary for Franks.

Erskine Made His Big League Debut in 1948

“I emailed Ralph and said to him: ‘Old Giants never die, they just steal away,'” Erskine said.