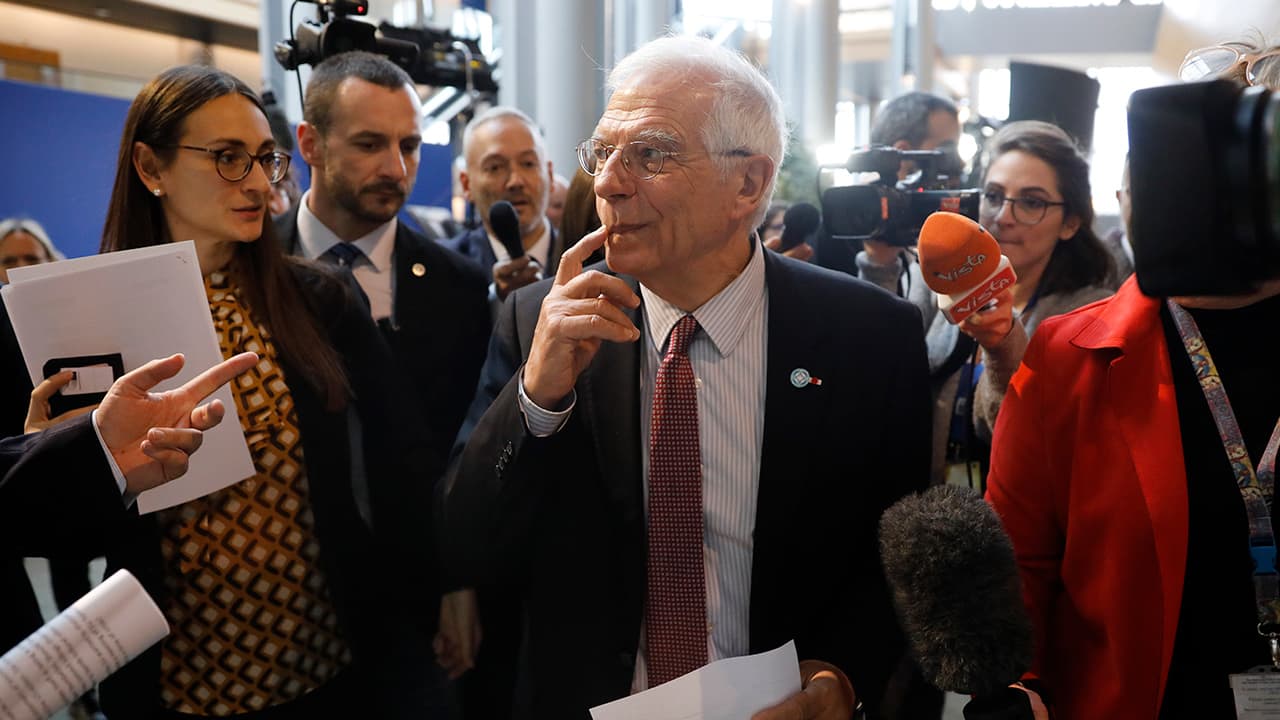 BRUSSELS — Britain, France and Germany ratcheted up pressure on Iran Tuesday to cease its violations of a landmark nuclear deal, stressing that they want to resolve differences through talks while starting the clock on a process that could result in a so-called “snapback” of United Nations sanctions.

Distancing Themselves From Sanctions Imposed by the US

However, Foreign Ministry spokesman Abbas Mousavi said Iran was is “fully ready to answer any good will and constructive effort” that preserves the nuclear deal. He was quoted Tuesday by the official IRNA news agency.


Related Story: Iranians Are Furious at Their Regime. But Trump Still Bans Them.

The Europeans stressed that they want to “resolve the impasse through constructive diplomatic dialogue” and made no threat of sanctions in their statement.
They also specifically distanced themselves from sanctions imposed by the U.S., which Washington has said is part of a “maximum pressure” campaign against Tehran.
“Our three countries are not joining a campaign to implement maximum pressure against Iran,” they said. “Our hope is to bring Iran back into full compliance with its commitments.”
The 2015 nuclear deal, known as the Joint Comprehensive Plan of Action, or JCPOA, seeks to prevent Iran from producing a nuclear weapon — something Iran insists it does not want to do — by putting curbs on its atomic program in exchange for economic incentives.
Under its dispute resolution mechanism, countries have 30 days to resolve their problem, though that can be extended. If it cannot be solved, the matter could be brought before the U.N. Security Council and could then result in the snapback of sanctions that had been lifted under the deal. FILE – In this Dec. 23, 2019 file photo released by the Atomic Energy Organization of Iran, technicians work at the Arak heavy water reactor’s secondary circuit, as officials and media visit the site, near Arak, Iran. Britain, France and Germany said Tuesday Jan. 14, 2020, they are triggering a dispute mechanism that is part of the nuclear deal with Iran over its failure to live up to terms of the pact. (Atomic Energy Organization of Iran via AP, File)

China and Russia Had Been Against Invoking the Dispute Mechanism

U.S. President Donald Trump unilaterally pulled the U.S. out in May 2018, saying the pact was insufficient and should be re-negotiated because it didn’t address Iran’s ballistic missile program or its involvement in regional conflicts. Since then he has reinstated American sanctions, which have been having a devastating effect on Iran’s economy.

‘The Government in Iran Has a Choice’

With the growing skepticism that the deal will be able to saved, British Prime Minister Boris Johnson on Tuesday suggesting that maybe the agreement could be somehow re-worked to address some of the concerns raised by Trump when he pulled the U.S. out.

“Let’s work together to replace the JCPOA with the Trump deal,” he told the BBC.
Borrell refused to comment on the suggestion, but again emphasized that the remaining signatories to the deal, which took years to negotiate, feel it is the best solution to limiting Iran’s nuclear ambitions.
“We have to preserve the nuclear deal and work to go back to full and effective implementation,” Borrell told reporters in Strasbourg, France. He described the pact as a “significant achievement” and underlined that “there is no alternative to this agreement.”
Britain’s Foreign Secretary Dominic Raab told Parliament that “the government in Iran has a choice.”
“The regime can take the steps to de-escalate tensions and adhere to the basic rules of international law. Or sink deeper and deeper into political and economic isolation,” he said. “We urge Iran to work with us to save the deal.”