Iran Supreme Leader Weeps for General Killed by US Airstrike 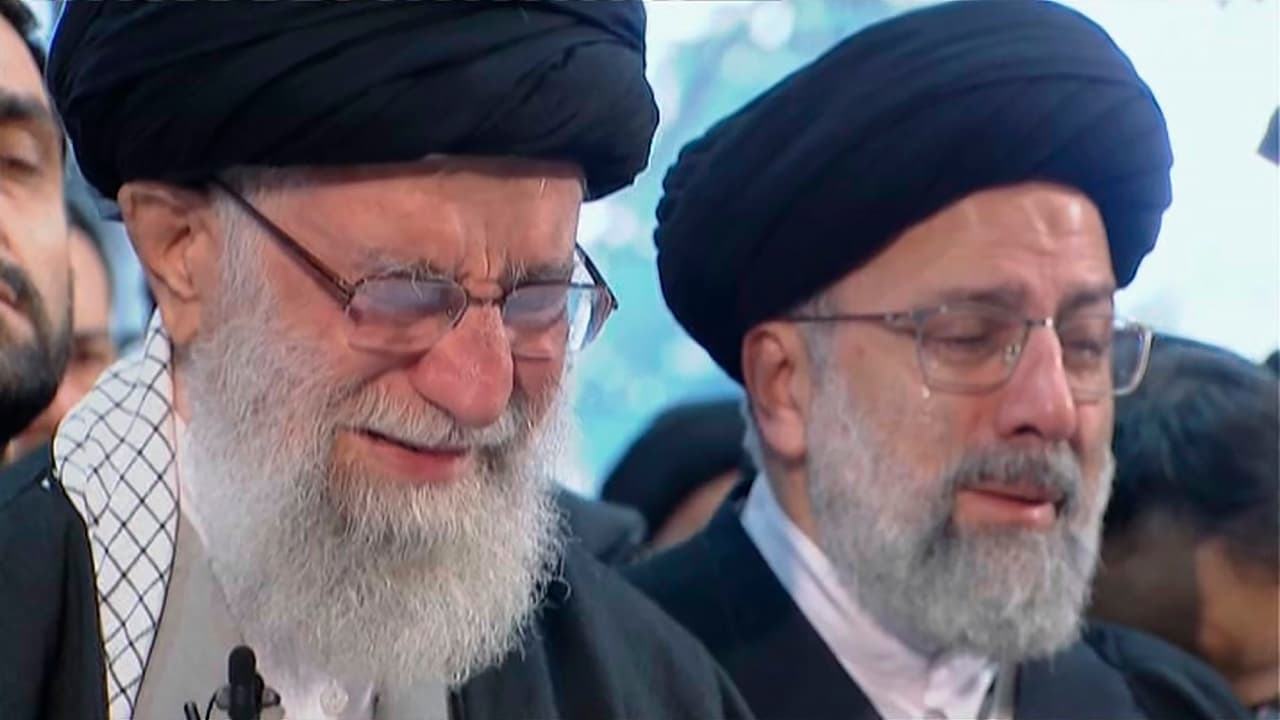 TEHRAN, Iran — Iran’s supreme leader wept Monday over the casket of a top general killed in a U.S. airstrike in Baghdad, his prayers joining the wails of mourners who flooded the streets of Tehran demanding retaliation against America for a slaying that’s drastically raised tensions across the Middle East.


Related Story: All Iranians Can Agree on One Thing: No One Wants a War

The funeral for Revolutionary Guard Gen. Qassem Soleimani drew a crowd said by police to be in the millions in the Iranian capital, filling thoroughfares and side streets as far as the eye could see. Although there was no independent estimate, aerial footage and Associated Press journalists suggested a turnout of at least a million.
Authorities later brought his remains and others to Iran’s holy city of Qom, turning out another massive crowd.
It was an unprecedented honor for a man viewed by Iranians as a national hero for his work leading the Guard’s expeditionary Quds Force. The U.S. blames him for the killing of American troops in Iraq and accused him of plotting new attacks just before his death Friday. Soleimani also led forces in Syria backing President Bashar Assad in a long war.
His death already has pushed Tehran to abandon the remaining limits of its 2015 nuclear deal with world powers as his successor and others vow to take revenge. In Baghdad, the parliament has called for the expulsion of all American troops from Iraqi soil, something analysts fear could allow Islamic State militants to mount a comeback.
Soleimani’s daughter, Zeinab, directly threatened an attack on the U.S. military in the Mideast while also warning President Donald Trump, whom she called “crazy.” Khamenei Referred to Him as a ‘Living Martyr’

“The families of the American soldiers … will spend their days waiting for the death of their children,” she said to cheers.
Her language mirrored warnings by other Iranian officials who say an attack on U.S. military interests in the Middle East looms.Iranian state television and others online shared a video that showed Trump’s American flag tweet following Soleimani’s killing turn into a coffin, the “likes” of the tweet replaced by over 143,000 “killed.” Mourners holding posters of Iranian Gen. Qassem Soleimani attend a funeral ceremony for him and his comrades, who were killed in Iraq in a U.S. drone strike on Friday, at the Enqelab-e-Eslami (Islamic Revolution) Square in Tehran, Iran, Monday, Jan. 6, 2020. (AP Photo/Ebrahim Noroozi)

Ghaani Made His Own Threat in an Interview

“Trump demolished the chance for any sort of possible agreement between Tehran and Washington,” Rashidi said. “There will be more conflict in the future for sure.”
Another mourner, Azita Mardani, warned that Iran “will retaliate for every drop of his blood.”

“We are even thankful to (Trump) because he made us angry and this fury will lead to shedding of their blood in the Persian Gulf and the region’s countries,” Mardani said. “Here will become their graveyard.”
Ghaani made his own threat in an interview shown Monday on Iranian state television. “God the Almighty has promised to get his revenge, and God is the main avenger. Certainly actions will be taken,” he said.
Markets reacted Monday to the tensions, sending international benchmark Brent crude above $70 a barrel for some of the day and gold to a seven-year high. The Middle East remains a crucial source of oil, and Iran in the past has threatened the Strait of Hormuz, the narrow mouth of the Persian Gulf through which 20% of all the world’s oil traded passes.
Ghaani, a longtime Soleimani deputy, has now taken over as the head of the Revolutionary Guard’s Quds, or Jerusalem, Force, answerable only to Khamenei. Ghaani has been sanctioned by the U.S. since 2012 for his work funding its operations around the world, including its work with proxies in Iraq, Lebanon and Yemen.
Those proxies likely will be involved in any operation targeting U.S. interests in the Middle East or elsewhere.
Already, the U.S. Embassy in Saudi Arabia warned Americans “of the heightened risk of missile and drone attacks.” In Lebanon, the leader of the Iranian-backed militant group Hezbollah said Soleimani’s killing made U.S. military bases, warships and service members across the region fair game for attacks. Mourners burn mock flags of the U.S. and Israel during a funeral ceremony for Iranian Gen. Qassem Soleimani and his comrades, who were killed in Iraq in a U.S. drone strike on Friday, at the Enqelab-e-Eslami (Islamic Revolution) square in Tehran, Iran, Monday, Jan. 6, 2020. (AP Photo/Ebrahim Noroozi)

The Clearest Nuclear Proliferation Threat yet Made by Iran

“We promise to continue down martyr Soleimani’s path as firmly as before with help of God, and in return for his martyrdom we aim to get rid of America from the region,” Ghaani said.


“Firing a couple of missiles, hitting a base or even killing Trump is not valuable enough to compensate for martyr Soleimani’s blood. The only thing that can compensate for his blood is the complete removal of America from the region.” — Gen. Amir Ali Hajizadeh
The head of the Guard’s aerospace program, Gen. Amir Ali Hajizadeh, suggested Iran’s response wouldn’t stop with a single attack.


Related Story: With Iran, the US Chose Conflict Over Peace

“Firing a couple of missiles, hitting a base or even killing Trump is not valuable enough to compensate for martyr Soleimani’s blood,” Hajizadeh said on state TV. “The only thing that can compensate for his blood is the complete removal of America from the region.”
On the nuclear deal, Iran now says it won’t observe the accord’s restrictions on fuel enrichment, on the size of its enriched uranium stockpile and on its research and development activities. That’s a much-harsher step than they had planned to take before the attack.
German Chancellor Angela Merkel, French President Emmanuel Macron and British Prime Minister Boris Johnson have urged Iran to “withdraw all measures” not in line with the deal.
Iran insisted it remains open to negotiations with European partners over its nuclear program. And it did not back off from earlier promises that it wouldn’t seek a nuclear weapon.
However, the announcement represents the clearest nuclear proliferation threat yet made by Iran since Trump unilaterally withdrew from the accord in 2018 and reimposed sanctions last year. It further raises regional tensions, as Iran’s longtime foe Israel has promised never to allow Iran to produce an atomic bomb.

Australia to Pay 'Whatever It Takes' to Fight Wildfires