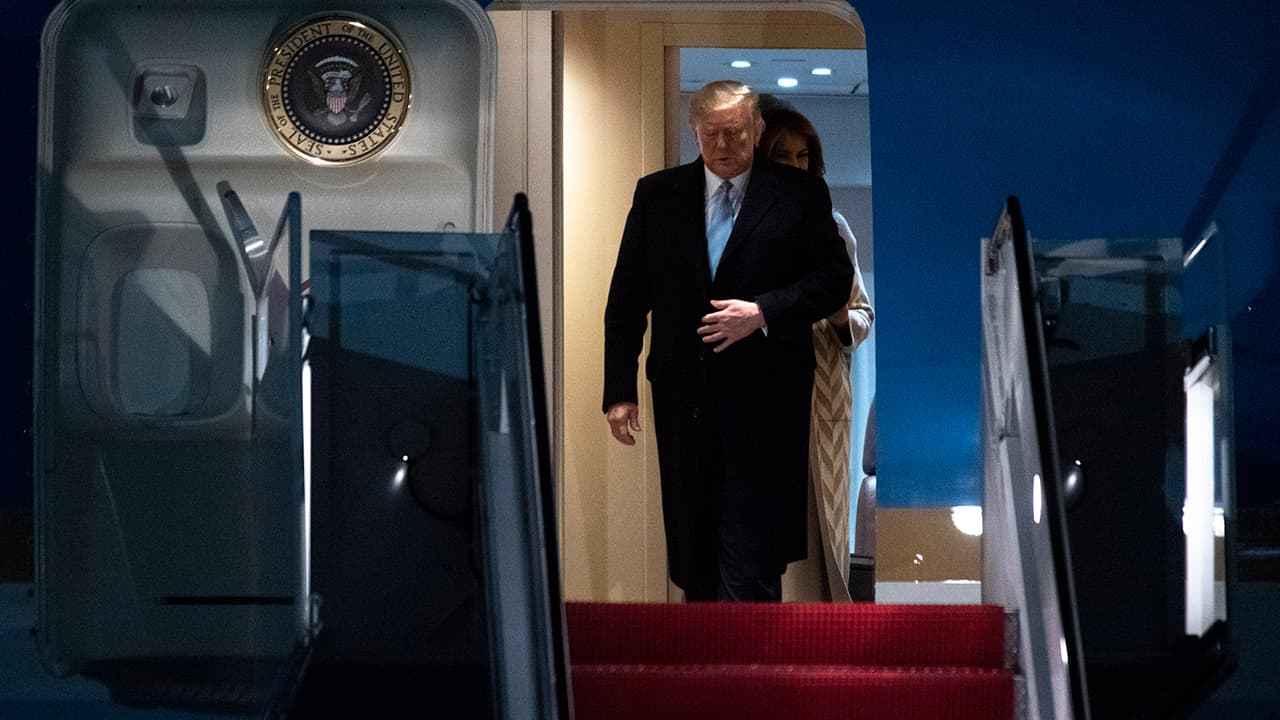 WASHINGTON — President Donald Trump insists that Iranian cultural sites are fair game for the U.S. military, dismissing concerns within his own administration that doing so could constitute a war crime under international law. He also warned Iraq that he would levy punishing sanctions if it expelled American troops in retaliation for a U.S. airstrike in Baghdad that killed a top Iranian official.


Related Story: With Iran, the US Chose Conflict Over Peace

But Congress is pushing back, in what’s expected to be a pivotal week as lawmakers return from a holiday recess. On Monday, two top Senate Democrats called on Trump to immediately declassify the administration’s reasoning for the strike on the Iranian official, Gen. Qassem Soleimani, saying there is “no legitimate justification” for keeping the information from the public.
And House Speaker Nancy Pelosi said late Sunday the House would introduce and vote this week on a war powers resolution to limit the president’s military actions regarding Iran. In a letter to House Democrats, Pelosi called the airstrike “provocative and disproportionate” and said it had “endangered our servicemembers, diplomats and others by risking a serious escalation of tensions with Iran.” A similar resolution was introduced in the Senate.
Congress, which has the sole power to declare war, has complained that Trump did not provide advance notice of his airstrike on Soleimani in Baghdad. Trump did meet the 48-hour deadline required by the War Powers Act to notify Congress after the deadly drone strike, though the document was classified and no public version was released.
The administration is expected to brief lawmakers on its actions this week.
In their letter to Trump, Senate Minority Leader Chuck Schumer of New York and the Senate Foreign Relation Committee’s Sen. Robert Menendez of New Jersey said the White House’s classified notification sent to Congress late Saturday under the War Powers Act was insufficient and inappropriate.

“It is critical that national security matters of such import be shared with the American people in a timely manner, they wrote. “An entirely classified notification is simply not appropriate in a democratic society.” They asked that the notification be declassified “in full.” He added: “We’re not leaving until they pay us back for it.”
The administration has scrambled to contend with the backlash to the killing of Soleimani, which marked a stark escalation in tensions between Washington and Tehran.
Secretary of State Mike Pompeo said the U.S. military may well strike more Iranian leaders if the Islamic Republic retaliates. He tip-toed around questions about Trump’s threat to attack Iranian cultural sites, a military action that likely would be illegal under the laws of armed conflict and the U.N. charter.


Related Story: All Iranians Can Agree on One Thing: No One Wants a War

Pompeo defended the targeted killing of Soleimani, saying the administration would have been “culpably negligent” in its duty to protect the United States if it had not killed him.
He did not provide evidence for his previous claims that Soleimani was plotting imminent attacks on Americans. Instead of arguing that an attack had been imminent, Pompeo said it was inevitable.
Trump’s threat to attack cultural sites, rattled some administration officials. One U.S. national security official said the president had caught many in the administration off guard and prompted internal calls for others in the government to clarify the matter. The official, who was not authorized to speak publicly to the issue, said clarification was necessary to affirm that the U.S. military would not intentionally commit war crimes.
Oona Hathaway, an international law professor at Yale and a former national security law official in the Defense Department’s legal office, said Trump’s threat amounted to “a pretty clear promise of commission of a war crime.”
The president’s threats to Iran did little to quell Tehran’s furor over the death of Soleimani. Iranian state television reported that the country would no longer abide by any limits of the 2015 nuclear deal it signed with the United States and other world powers. Trump withdrew the U.S. from the deal in 2018 and stepped up economic sanctions on Tehran, actions that accelerated a cycle of hostilities leading to the last week’s killing.

Schumer said he worried that “the actions the president took will get us into what he calls another endless war in the Middle East. He promised we wouldn’t have that.”


Related Story: What a US-Iran War Could Mean for the Economy

Former Vice President Joe Biden said Trump was ill-prepared for the repercussions of the strike on Soleimani and had alienated allies by not alerting them of the plans. Pete Buttigieg, the former mayor of South Bend, Indiana, said, “When you’re dealing with the Middle East, you need to think about the next and the next and the next move. This is not checkers.”

Brothers Wanted for Questioning in Porterville Murder Arrested in Utah