Newseum Hailed Free Press, but Got Beaten by Free Museums 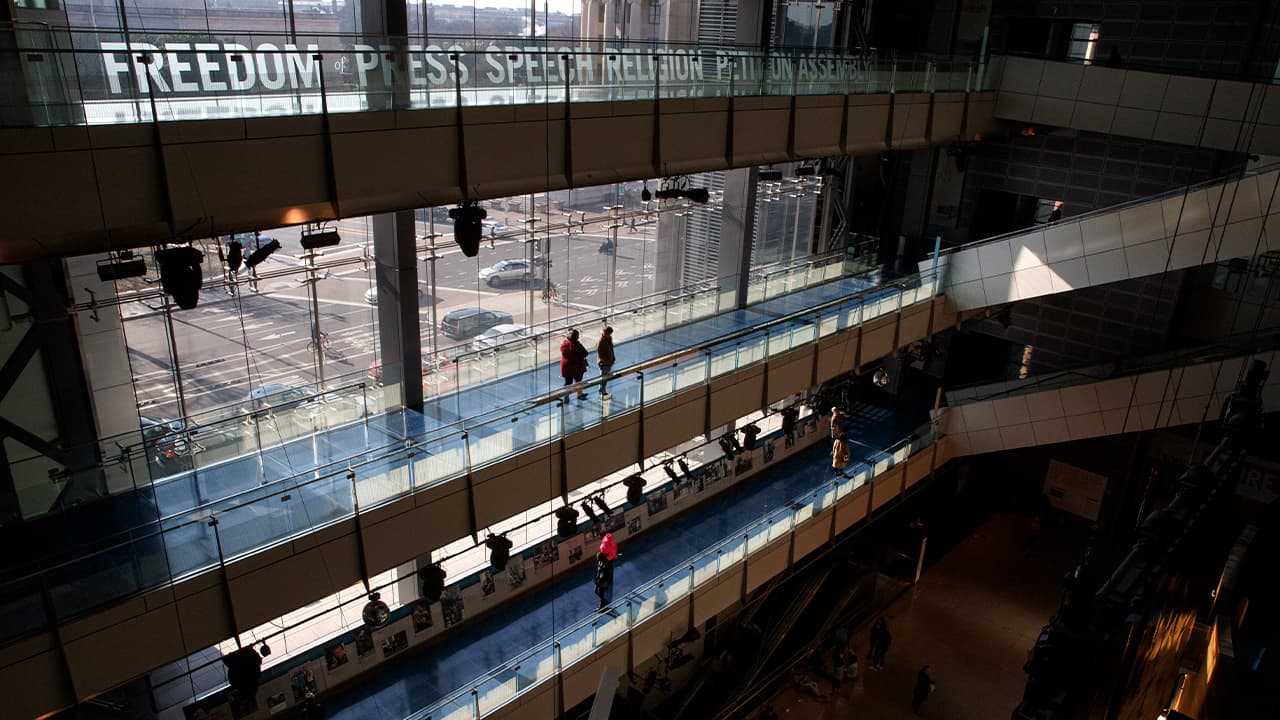 WASHINGTON — In 2008, the Newseum — a private museum dedicated to exploring modern history as told through the eyes of journalists — opened on prime Washington real estate.

A Harder Sell in a City Full of Free Museums

She also acknowledged that the Newseum’s status as a for-pay private institution was a harder sell in a city full of free museums. A Newseum ticket costs $25 for adults, and the building is right across the street from the National Gallery of Art and within blocks of multiple Smithsonian museums.
“Competing with free institutions in Washington was difficult,” Gavankar said.
Another problem, organizers said, is that the Newseum struggled to attract local residents, instead depending on a steady diet of tourists and local school groups. Actual Washington-area residents, who do frequent the Smithsonian and elsewhere, mostly came on school trips and rarely returned as adults.
Claire Myers fits that profile. The D.C. resident recalls coming to the Newseum in high school in a senior-year class trip. She only returned in late December for a final visit because she heard it was closing at the end of the year.
“I do think part of the reason was because it’s a paid museum,” she said. “Why go out of my way to do this when I could just go to any other free museum?” FILE – In this Friday, Dec. 20, 2019, photo, people visit the Pulitzer Prize Photography exhibition at the Newseum, in Washington. The Newseum will close the Pennsylvania Avenue location on Dec. 31, 2019. It attracted millions of visitors but lacked a solid financial plan to stay afloat. The mission of the Newseum is to increase public understanding of the importance of a free press and the First Amendment. (AP Photo/Jacquelyn Martin)

The Museum’s Focus Evolved Over the Years

The $25 price tag, Myers said, creates a pressure to set aside the whole day and take in every exhibit, whereas at one of the free Smithsonian museums, she knows she can come back another time to catch whatever she missed. But Myers said she was deeply impressed by the exhibits, particularly the Newseum’s signature gallery of Pulitzer Prize-winning photographs.
“I do wish it wasn’t going away,” she said.
The museum’s focus evolved over the years, showcasing not just journalism and historic events, but all manner of free speech and civil rights issues and some whimsical quirks along the edges. Exhibits during the Newseum’s final days included an exploration of the cultural and political influence of Jon Stewart and “The Daily Show,” a look at the history of the struggle for LGBTQ rights and a display depicting the history of presidential dogs.
Gavankar said the Freedom Forum, which originally maintained the Newseum in northern Virginia for years, would continue its mission in different forms. The educational foundation maintains a pair of exhibits on the Berlin Wall in both Reagan and Dulles airports. Next year, those displays will be replaced by exhibits on the women’s suffrage movement. The current Rise Up! exhibit on LGBTQ rights will move to a new long-term home in the Museum of Pop Culture in Seattle.