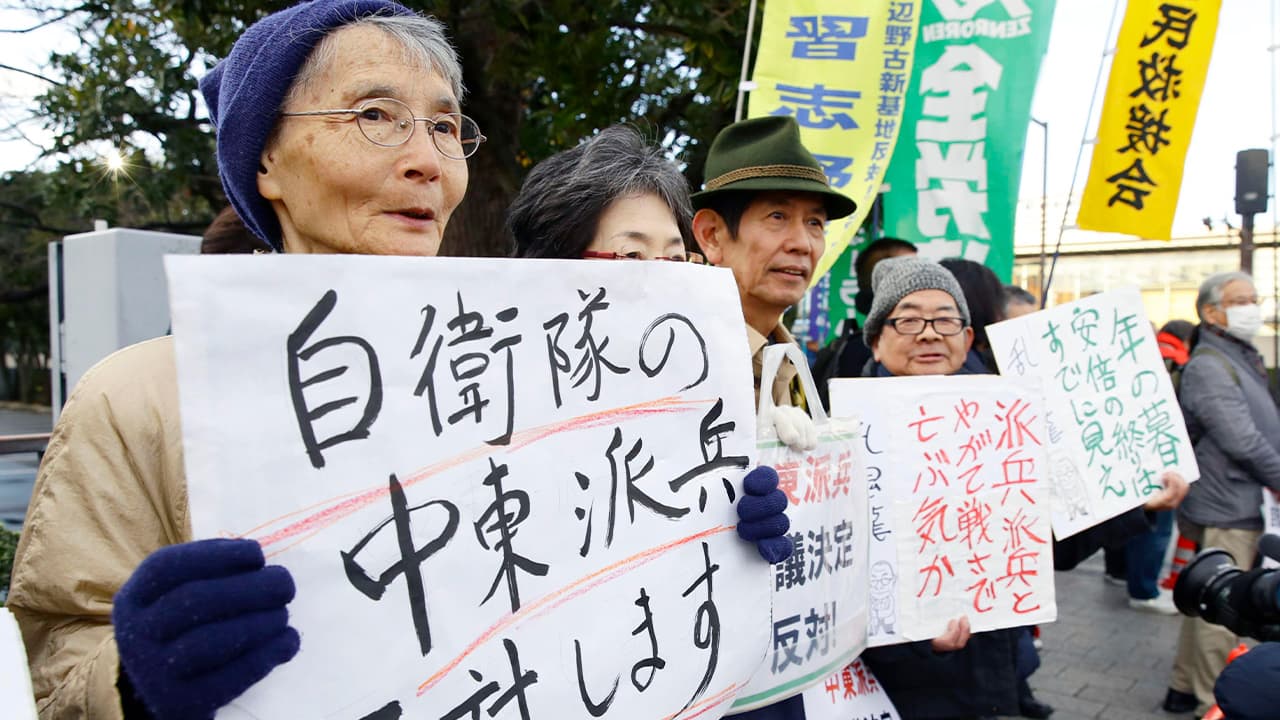 TOKYO — Japan on Friday approved a contentious plan to send its naval troops to the Middle East to ensure the safety of Japanese ships transporting oil to the energy-poor country that heavily depends on imports from the region.

The Cabinet’s decision reflects tensions that have escalated between Iran and the U.S. since President Donald Trump withdrew from Iran’s 2015 nuclear deal.
”Taking into consideration the escalating tension in the Middle East, it is necessary to strengthen our information gathering effort,” Chief Cabinet Secretary Yoshihide suga told a news conference. Citing Japan’s heavy dependence on oil imports from the region, Suga added that “it is extremely important to secure the safe navigation of Japan-affiliated ships.”
Despite being a U.S. ally, Japan’s troop dispatch is not part of a U.S.-led coalition protecting Middle East waterways, apparently an attempt to maintain neutrality in a show of consideration to Iran.
Under the plan, Japan will send about 260 Maritime Self-Defense Force personnel with a destroyer and a pair of P-3C reconnaissance aircraft, mainly for intelligence-gathering in the Gulf of Oman, the Arabian Sea and the Bab el-Mandeb Strait connecting the Red Sea and the Gulf of Aden.
Defense Minister Taro Kono issued an order for the troops to start preparing for the operation, which is planned for one year beginning early next year. FILE – In this Oct. 18, 2015, file photo, a P-3C anti-submarine patrol plane of the Japan Maritime Self-Defense Force (JMSDF) flies after dropping anti-submarine bombs during the official triennial JMSDF fleet review in the waters off Sagami Bay, south of Tokyo. Japan on Friday, Dec. 27, 2019, approved a contentious plan to send its naval troops to the Middle East to contribute to the peace and stability in the area and ensure the safety of Japanese ships transporting oil, a mission crucial to an energy-poor country that heavily depends on oil imports from the region. (AP Photo/Shizuo Kambayashi, File)

Kono is to visit Djibouti on the eastern coast of Africa and Oman this weekend to discuss Japan’s mission. Japanese troops have been based in Djibouti as part of an international anti-piracy effort off the Somali coast, and a P-3C unit currently in that operation will be shifted to the new mission in January, he said.

Israel's Netanyahu Shores up Base but Obstacles Remain