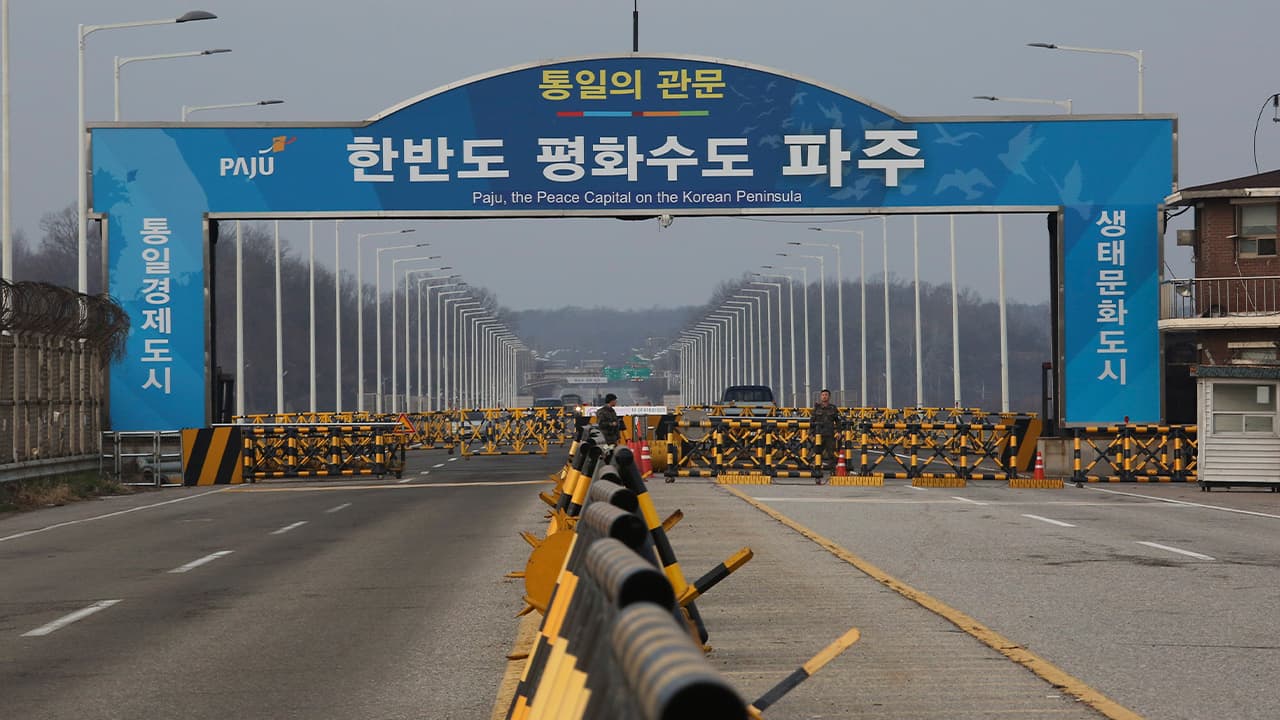 WASHINGTON — The U.S. is closely watching North Korea for signs of a possible missile launch or nuclear test in the coming days that officials are referring to as a “Christmas surprise.”


“North Korea has been advancing. It has been building new capabilities. As long as that continues, they gain new capabilities to try new missiles to threaten us and our allies in new ways.” — Anthony Wier, a former State Department official who tracks nuclear disarmament for the Friends Committee on National Legislation
A significant launch or test would mean the end of North Korea’s self-imposed moratorium and raise tensions in the region. It would also be a major blow to one of the Trump administration’s major foreign policy initiatives: the drive to get North Korea back to negotiations to eliminate its nuclear weapons and missiles.

Earlier this month, the North conducted what U.S. officials say was an engine test. North Korea described it as “crucial” and experts believe that it may have involved an engine for a space launch vehicle or long-range missile. Officials worry that it could be a prelude to the possible launch of an intercontinental ballistic missile in the coming days or weeks.
Any test involving an ICBM would have the most serious impact on the diplomatic effort because it would be considered a move by North Korea to acquire the ability to strike the United States, or, even worse, to show they already have it.
“North Korea has been advancing. It has been building new capabilities,” said Anthony Wier, a former State Department official who tracks nuclear disarmament for the Friends Committee on National Legislation. “As long as that continues, they gain new capabilities to try new missiles to threaten us and our allies in new ways,”
The North Koreans warned of a possible “Christmas gift” in early December, saying the Trump administration was running out of time to salvage nuclear negotiations, and it was up to the U.S. to choose what “Christmas gift ” it gets from the North. President Donald Trump tweeted Friday that he discussed North Korea with China’s President Xi Jinping.

Victor Cha, a Korea expert at the Center for Strategic and International Studies, said a review of the possible launch sites in North Korea show that they are a “basically ready to go.” He said the expected launch could be a test of a sea-based ballistic missile or a solid-fuel rocket.
Using solid fuel allows North Korea to more quickly fuel up a rocket, providing less lead time for the U.S. or others to prepare for a launch. Sea-based launches are also more difficult to locate and would give less warning or time for the U.S. to react.
Either one, he said, “would be a new type of problem that the U.S. would have to deal with.”
Defense Secretary Mark Esper told reporters earlier this week that the U.S. has heard all the talk of a possible upcoming test around Christmas.
“I’ve been watching the Korean Peninsula for a quarter-century now. I’m familiar with their tactics, with their bluster,” he said. “We need to get serious and sit down and have discussions about a political agreement that denuclearizes the peninsula. That is the best way forward and arguably the only way forward if we’re going to do something constructive.”
Deputy Secretary of State Stephen Biegun, the special U.S. envoy for North Korea, has also warned of a possible launch. Pyongyang’s Testing and Rhetoric Has Escalated

“We are fully aware of the strong potential for North Korea to conduct a major provocation in the days ahead,” he said. “To say the least, such an action will be most unhelpful in achieving lasting peace on the Korean Peninsula.”


“We are fully aware of the strong potential for North Korea to conduct a major provocation in the days ahead. To say the least, such an action will be most unhelpful in achieving lasting peace on the Korean Peninsula.” — Deputy Secretary of State Stephen Biegun
Army Gen. Mark Milley, the chairman of the U.S. Joint Chiefs of Staff, told reporters on Friday that the U.S., Japan and South Korea are ready to defend against any move by the North. “We always maintain very high levels of readiness,” he said.
At a meeting in Singapore in June 2018, Trump and North Korean leader Kim Jong Un issued a joint statement that said the North “commits to work toward complete denuclearization of the Korean Peninsula.”
But negotiations stalled this year after the U.S. rejected North Korean demands for broad sanctions relief in exchange for a partial surrender of the North’s nuclear capabilities at Kim’s second summit with Trump last February.
Since then, Pyongyang’s testing and rhetoric has escalated.
Since the Singapore summit, Cha said, Pyongyang has done more testing and grown their missile capabilities. “By most metrics, the Trump policy is not succeeding,” he said.
According to the U.S. military, North Korea has launched more than 20 missiles this year. They’ve included new types of missiles as well as a submarine-launched ballistic missile, in violation of U.N. Security Council resolutions.
“The Trump administration and President Trump himself deserves some credit for allowing diplomacy,” Wier said. “That’s a good thing. Now is the time to empower real diplomacy.”

North Korea conducted a torrent of missile tests in 2017. It flew two new intermediate-range missiles over Japan and threatened to fire those weapons toward the U.S. territory of Guam. It also tested three developmental ICBMs, including the Hwasong-15 that demonstrated potential range to reach deep into the U.S. mainland.
Those ICBM tests, however, showed no clear sign that the North had perfected the technology needed to ensure that a warhead could survive the harsh conditions of atmospheric re-entry. According to experts at 38 North, a website specializing in North Korea studies, all of the 2017 launches were on highly lofted trajectories and the missiles’ reentry vehicles were not subjected to the thermal and mechanical stresses that would be created by a full-range flight.
Experts said North Korea needed additional flight tests to determine the reliability and accuracy of its ICBMs and establish a capable re-entry protection system.
Those 2017 tests triggered a sharp U.S. reaction. Trump said he would bring “fire and fury” on North Korea and exchanged threats of total destruction with Kim, touching off fears of war on the Korean Peninsula. Kim subsequently suspended ICBM and nuclear tests, allowing Trump to brag about that as a foreign policy win. The North has not performed any known tests of ICBMs since the Hwasong-15 launch in November 2017.
Esper said the U.S. has a team on the Korean peninsula now that has reached out to the North and is asking for meetings. At the same time, he said the U.S. military remains at a high level of readiness.
Esper has visited Korea twice this year since being sworn in as defense chief. A key discussion point has been the reduction in U.S. military exercises with South Korea — a move by the Trump administration to appease North Korea and woo them to the negotiating table for denuclearization talks.
The U.S. has about 28,000 troops in South Korea.