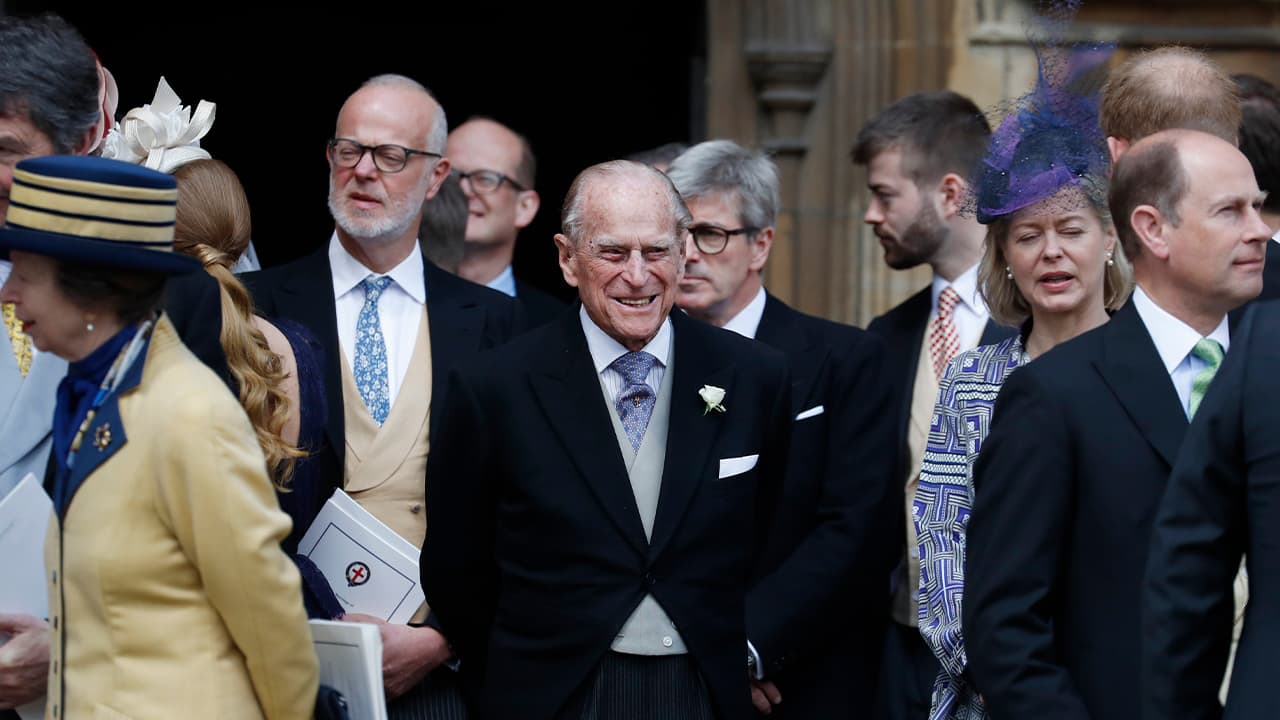 LONDON — Prince Philip, the husband of Queen Elizabeth II, was admitted to a London hospital Friday “as a precautionary measure,” Buckingham Palace said.
The palace said the 98-year-old Philip was admitted to the King Edward VII hospital for observation and treatment of a preexisting condition. Police and hospital personnel outside King Edward VII’s Hospital, in London, Friday, Dec. 20, 2019. Prince Philip, husband of Queen Elizabeth II, has been admitted to a London hospital “as a precautionary measure,” Buckingham Palace said Friday. The palace said in a statement the 98-year-old Philip was admitted to the King Edward VII hospital for observation and treatment of a pre-existing condition. (Victoria Jones/PA via AP)

Philip, also known as the Duke of Edinburgh, married Elizabeth in 1947 and is the longest-serving royal consort in British history. He and the queen have four children, eight grandchildren and eight great-grandchildren.
A former naval officer and keen polo player, Philip enjoyed robust health well into old age but has had a number of health issues in recent years. He stopped attending public engagements in 2017.
In 2011, he was rushed to a hospital by helicopter from Sandringham after suffering chest pains and treated for a blocked coronary artery.
In 2017, he spent two nights in the King Edward VII hospital and was hospitalized for 10 days in 2018 for a hip replacement.
Philip was forced to give up driving earlier this year, at the age of 97, after smashing into a car while driving a Land Rover near Sandringham in January. Philip needed help to get out of the vehicle but wasn’t injured. One woman in the car suffered a broken wrist.
He still drives a horse and carriage on private land from time to time.