Review: 'Rise of Skywalker' Is a Sour End to a Grand Saga 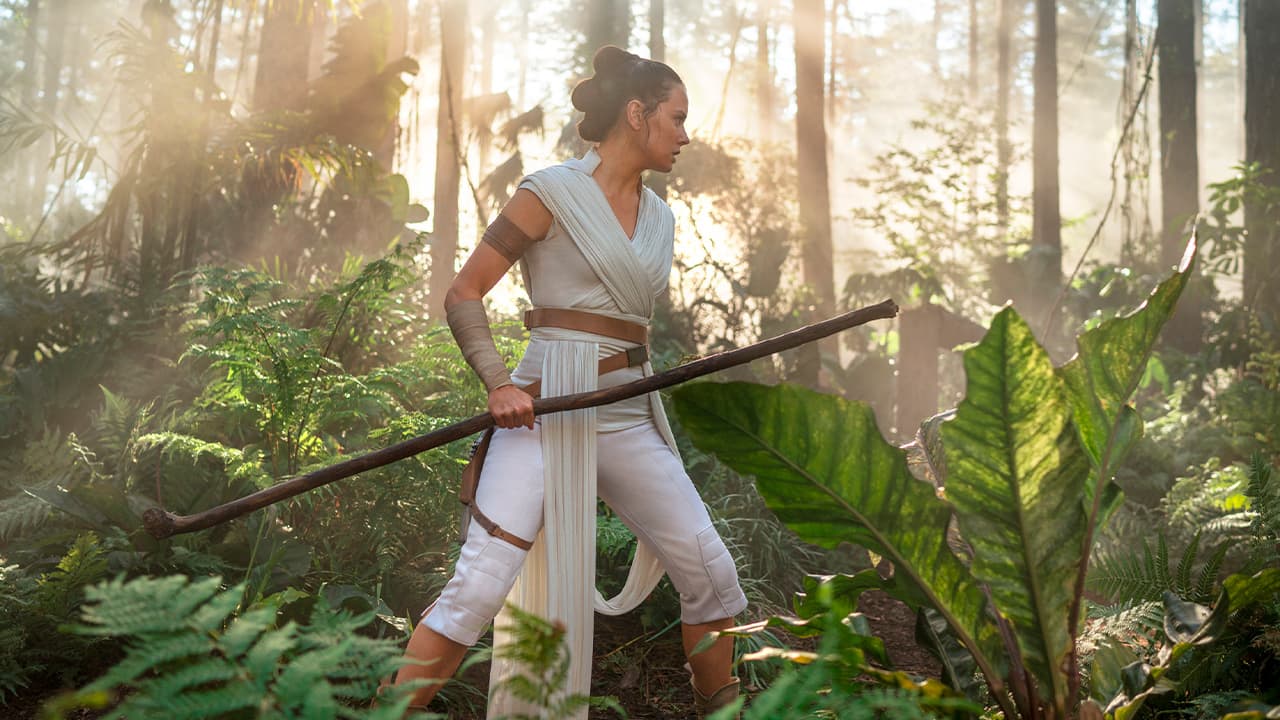 By AP Film Writer Jake Coyle
Not much has caused a disturbance in the “Star Wars” galaxy quite like Rian Johnson’s “The Last Jedi,” an erratic but electric movie that, regardless of how you felt about it, was something worth arguing about. The same can’t be said for J. J. Abrams’ “Rise of Skywalker,” a scattershot, impatiently paced, fan-servicing finale that repurposes so much of what came before that it feels as though someone searching for the hyperspace button accidentally pressed the spin cycle instead.

This Third ‘Star Wars’ Trilogy Began With a Plan

As the trilogy’s third act, “Rise of Skywalker” takes the general shape of “Return of the Jedi,” even resuscitating its villain: Emperor Palpatine (the very spooky Ian McDiarmid, now mostly a shadowy heap of CGI). He was last seen exploding in a Death Star air shaft, thrown to his apparent death by Darth Vader. Yet as “Star Wars,” the most forever war there is, marches into its fifth decade, the undying demands of a pop culture phenomenon and corporate revenue generator has led to some unsettling resurrections.
This third “Star Wars” trilogy began with a plan: the first movie would belong to Han (Harrison Ford), the second to Luke (Mark Hamill) and the third to Leia (Carrie Fisher). Life interfered. Fisher, who along with Ford did more to enliven the original trilogy than any special effect, died of a heart attack in 2016. But she, too, has been brought back for “Rise of the Jedi,” via bits and pieces of old footage. For an actress of such live-wire verve, the composite result — a handful of brief lines and gazes — is a hollow non-performance.
Palpatine, residing in a dark Sith lair, essentially sets the table. He summons Kylo Ren (Adam Driver) with an order to “kill the girl” (Daisy Ridley’s Rey) and thereby inherit the throne. With the wave of his hand, Palpatine unearths an entire fleet of Star Destroyers. They rise from the depths, a new armada of doom for the First Order.

But this is only a piece of the movie’s manic start. Abrams, who penned the screenplay with Chris Terrio (“Argo,” “Justice League”), races to catch up with the many characters of the Resistance, among them Leia, Finn (John Boyega), Poe (Oscar Isaac), Rose (Kelly Marie Tran), Chewbacca (Joonas Suotamo) and C-3PO (Anthony Daniels). From the start, there’s a rush to speed through a complex plot that sends a crowded Millennium Falcon in search of the hidden Sith base, a quest that includes a series of MacGuffins including — like a relic from a more earthbound adventure — a secret-wielding dagger.

This image released by Disney/Lucasfilm shows, from left, Joonas Suotamo as Chewbacca, Oscar Isaac as Poe Dameron, Daisy Ridley as Rey and John Boyega as Finn in a scene from “Star Wars: The Rise of Skywalker.” (Disney/Lucasfilm Ltd. via AP)

It Gets Some Things Right

To go too much into the narrative of “Rise of Skywalker” isn’t necessary and, besides, I’m not totally sure I could explain it all, anyway. That, in itself, is one of the movie’s most disappointing aspects: It’s trying too hard. What the streaming spinoff “The Mandalorian” has proven (besides that people will go absolutely gaga over infant Jedi Masters) is that simplicity of story line pays in “Star Wars,” just as it does in westerns. “Rise of Skywalker” aims for the brilliant parallel action of “Return of the Jedi” but ends up with mounted horse-like creatures charging on the wing of a Star Destroyer. Somewhere, Jar Jar Binks is celebrating. He might not be the most misplaced thing in the galaxy far, far away, after all.
But even if “Rise of Skywalker” has its fair share of missteps, it gets some things right. The grief of a Wookie, for one. Kylo’s new black helmet, laced with blood-red cracks, for another. A lightsaber fight amid the sea-strewn rubble of a Death Star swells with watery grandeur. And most of all, the anguished Rey-Ren duel finally takes on the mythical dimensions of earlier “Star Wars” tugs between good and evil.
Yet for a movie predicated on satisfying fans, “The Rise of Skywalker” is a distinctly unsatisfying conclusion to what had been an imperfect but mostly good few films. But hope springs eternal among “Star Wars” fans. Some will likely emerge from this latest installment paraphrasing Leia: “Help us, Baby Yoda. You’re our only hope.”
“Star Wars: The Rise of Skywalker,” a Walt Disney Co. release, is rated PG-13 by the Motion Picture Association of America for sci-fi violence and action. Running time: 142 minutes. Two stars out of four.