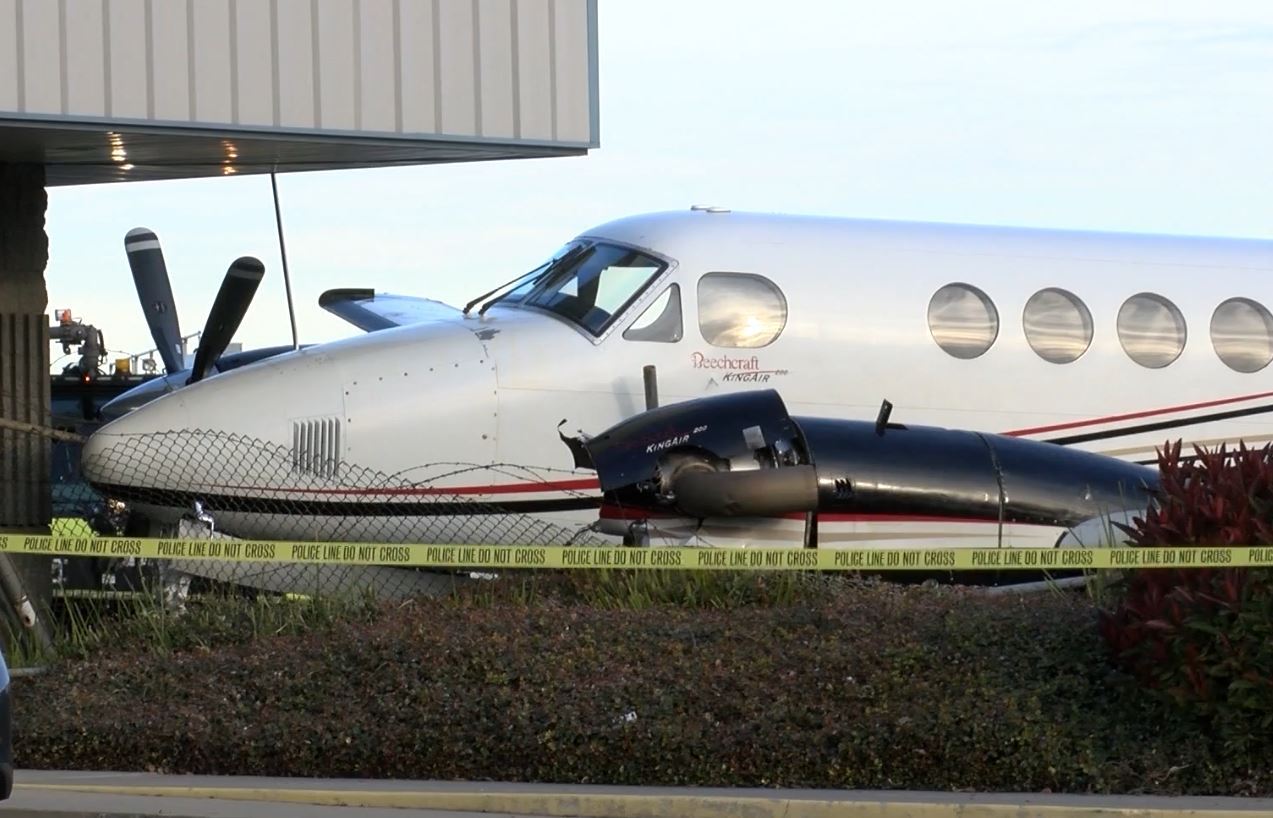 Police arrested a 17-year-old girl after she crashed an airplane into a building Wednesday morning at Fresno Yosemite International Airport.
Officials said in a news release that the girl breached the airport’s fence, commandeered a Beechcraft King Air 200 propeller-driven plane and started one engine. The airplane moved a short distance, then crashed into a building and fence.
She was arrested and taken to Fresno County’s juvenile detention facility.
According to law enforcement officials, the girl’s mother said her daughter ran away from home on Tuesday night and didn’t even know how to drive a car.

Officials said that there was “no indication” of ties to domestic terrorism.
“Fresno officers arrived first and contacted a female who was seated inside the aircraft, in the pilot’s seat, wearing the pilot’s headset,” said Drew Bessinger, the airport public safety chief and former Clovis police chief. “The female appeared to be disoriented and was uncooperative with police when she was taken into custody.”
The aircraft, which never became airborne, suffered substantial damage. No injuries occurred, authorities said.
The Federal Aviation Administration is investigating the incident.

These Valley Elementaries Are Among California's Best