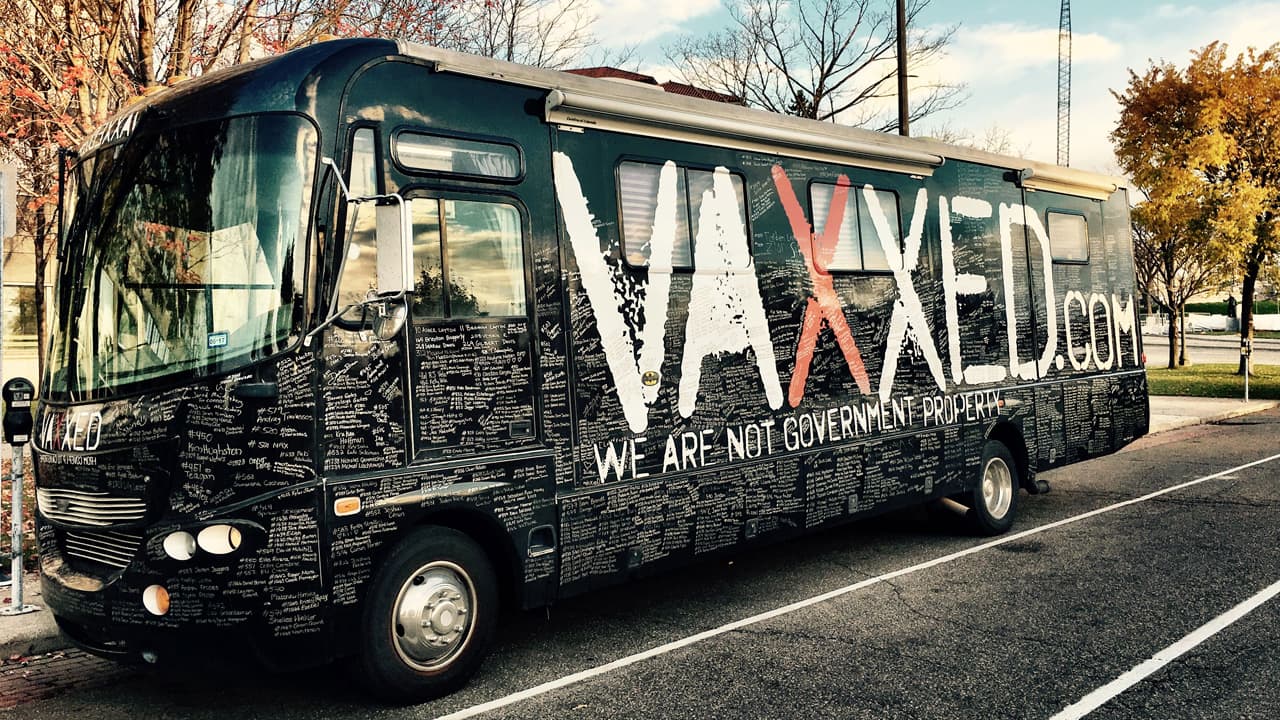 Vaccine safety has lead to emotional — and, on social media, not so civil — debate.
The question of whether childhood vaccines are safe and tested thoroughly, along with government laws mandating vaccinations to attend schools, have lead to protests, accusations, and lawsuits. 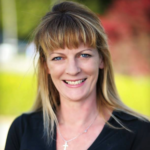 Tommey is the mother of a vaccine-injured child. She says nearly 20 years ago, her 13-month old son developed Autism from the MMR vaccine. He will require care for the rest of his life. She also says that vaccines provide no benefits.
“If you would have asked me 20 years ago, I would’ve said yes. But now after my son’s injury and speaking to parents from around the world, categorically no,” Tommey said.
She is on tour and plans to interview families today. They will come on the bus one-by-one to have their stories live-streamed on Facebook and Periscope and for possible use in a future film.
Tommey noticed that families whose first child suffered a vaccine injury didn’t vaccinate a second child.
“Every family that has an unvaccinated child tells us (about) the undeniable health (improvement) over the vaccinated child. That interests us,” Tommey said.
The Vaxxed movies rely heavily on anecdotal evidence.
“I’m into believing parents because nobody knows that child better than the parent,” Tommey said.
Tommey would like to see what she calls proper scientific studies.

“That’s why we need to do vaccinated versus unvaccinated study. I don’t understand why they’re not doing that,” Tommey said. “For once and for all, let’s settle this. Let’s settle this ongoing debate that’s been going for years.”

Vaccine advocates say those studies have been done. Tommey said prior studies were tainted by conflicts of interest since they are hosted by pharmaceutical companies.

‘Anti-Vaxxer’ and Blame for Outbreaks

Tommey eschews the term “anti-vaxxer.”
“I think it’s a little unfair. Honestly, I wish I was an anti-vaxxer, because then my children wouldn’t be injured by these vaccines. We are all what we call ex-vaxxers,” Tommey said.
Every family she interviews signs her bus. It now has over 8,000 names.
The other side of the story has critics blaming “anti-vaxxers” for recent measles outbreaks in California, New York, and Samoa. Tommey says that is “utterly ridiculous.”

Responding to measles outbreaks at Disneyland, state Sen. Richard Pan (D-Sacramento) led the effort to roll back personal belief exemptions for vaccines.
Vaccines are required to attend school, both public and private, in California.
When the number of exemptions increased despite SB 277 regulations, Pan introduced SB 276 this year, to regulate how doctors can grant exemptions. Both bills received vociferous protests from families skeptical of vaccine safety. Both bills passed.
Protestors dropped an effort to ask state voters to roll back SB 276 on Monday, citing problems collecting enough signatures on a petition.
Similarly, a New York judge this week ruled that a state law removing the religious exemption from receiving vaccines is constitutional.

Update, 12/13/19: Merck sent this response after this story initially posted on Tuesday.
Merck responded to Vaxxed II’s accusations regarding the safety of Gardasil.
“These films are deeply concerning and can have immediate and long-term impact on individual and societal health,” the statement read in part.
Merck says it has properly tested its HPV vaccine.
“The safety results from the studies were considered acceptable by regulators, and were therefore considered to be valid and appropriate to support licensure in more than 130 countries,” the statement said.

Who: The Vaxxed tour bus comes to Fresno/Clovis
When: Today, 4 p.m. -7 p.m.
Where: 1425 Shaw Avenue in Clovis (at the old Toys R Us location)
Why: Film producer Polly Tommey wants to hear stories of families, and their experience with vaccines and vaccine injuries

Padilla on Census, Voter Fraud, and His Future