After a wet start to December, including more than a half-inch of rain Sunday, the Fresno area is expected to dry out. But watch out for fog.

The forecast from the National Weather Service-Hanford calls for little or no rain. That may change over the weekend, especially over the Sierra Nevada, but it’s still too early to predict with certainty.

Rainfall for December thus far in Fresno is 1.75 inches. Fresno’s total stands at 2.47 inches since the start of the rain season on Oct. 1.

Slow Down When Driving in Fog

According to NWS-Hanford,  the “main weather concerns this week will continue to be the potential for dense fog across the San Joaquin Valley,” which some residents experienced Monday morning.

Caltrans encourages you to “Slow Your Pace, It’s Not a Race” when driving in fog.

“Not only is fog dangerous to drive in, but it can turn deadly when people drive too fast,” says Sharri Bender Ehlert, the District 6 director for Caltrans.“While getting to your destination on time is understandable as a priority, getting there safely is imperative.”

CHP: ‘Lucky to Be Alive’

Last week, a crash during fog in Malaga sheered the roof of a car and sent the driver to the hospital. It occurred just before 7 a.m. when the driver slammed into the rear of a big rig turning left onto Chestnut Avenue.

That prompted the California Highway Patrol’s Fresno office to tweet that the driver was “lucky to be alive.”

Lucky to be alive and a reminder FOG season has arrived. Luckily the driver sustained non life threatening injuries and walk out of his mangled vehicle. An example, seat belts work and save lives. SLOW DOWN, turn your low beam lights on, limit your distractions and buckle up. pic.twitter.com/5akeNYFIyV

Tips for Driving in Fog 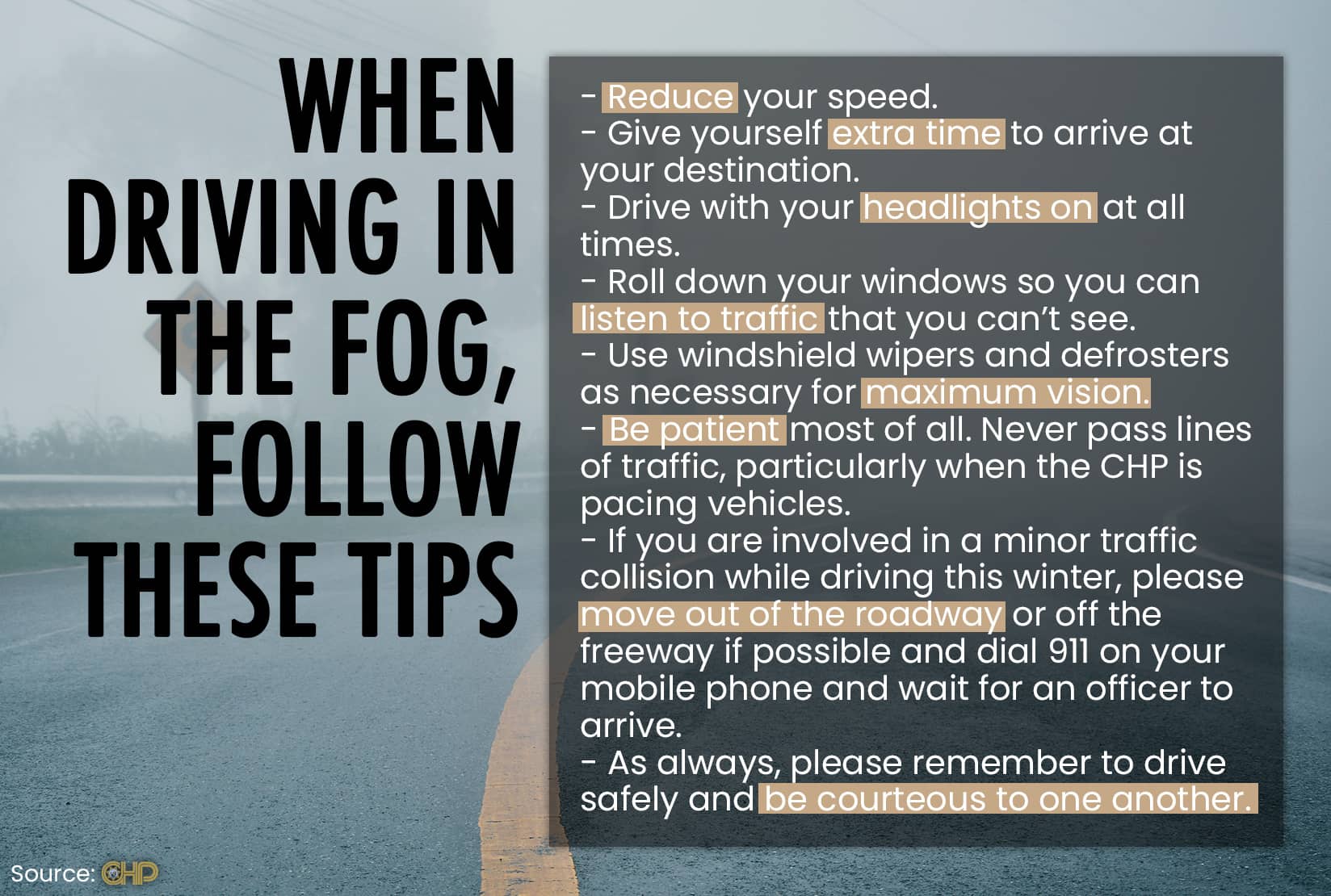