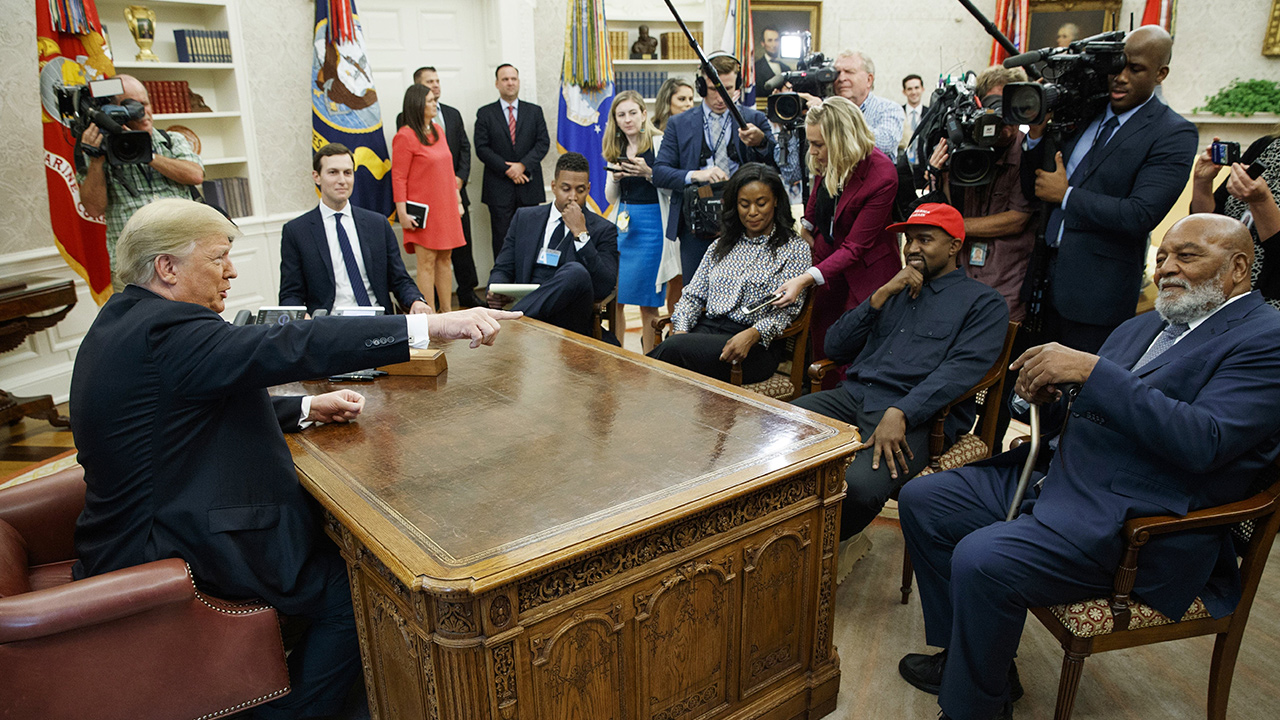 Rush Limbaugh could hardly contain his excitement. “We’ve got three polls today showing Donald Trump at 30 percent or higher with black voters,” he told his national radio audience on Monday. “We’ve got Emerson, we’ve got Rasmussen and we’ve got Marist!”
Rush was echoing a Trump 2020 campaign email entitled “Black Voters Are Raising Their Voices in Support of President Trump. Recent Polls Show Significant Increase in Support from Black Community.”

Michael Graham
InsideSources.com
“You can’t dispute the fact that African Americans have been benefiting from President Trump’s policies,” Katrina Pierson with the Trump campaign said in a statement. “Four years ago, the President asked the black community, ‘What do you have to lose;’ now we are thinking, ‘Imagine what we stand to gain!’”
The new Emerson poll puts Trump at 35 percent with black voters and 38 percent with Hispanics. “If you add in Asian voters at 28 percent approval,” notes Emerson’s director of polling Spencer Kimball, “our number is very close to the new Marist poll,” which finds Trump’s approval at 33 percent among non-white voters.  A recent RasmussenReports poll has Trump support among black voters at 34 percent, and even the new CNN poll has Trump’s approval among non-white voters at 26 percent.
Why is losing black voters by a two-to-one margin something to shout about? Because if Donald Trump came anywhere close to those numbers on Election Day, he’d likely win a 50-state sweep. Minority voters — and black voters in particular — are an absolutely vital part of the Democratic base. And they don’t vote for Republicans, particularly for president.
Over the past 40 years, black voter support for Republican presidential candidates has consistently registered somewhere between “embarrassingly low” and “nonexistent.”  Running for re-election with a red-hot economy, President Reagan got just 9 percent of the African-American vote in 1984. That’s the same 9 percent GOP presidential candidates averaged ever since, according to data from the Roper Center for Public Opinion Research.

‘Trump Is the Wedding Crasher’

In his 2012 race against President Obama, Republican Mitt Romney got just 6 percent support from black voters. John McCain? Four percent.
Enter Donald Trump. His 8 percent support in 2016 was typical for a GOP candidate, but there’s been nothing typical about the Trump presidency. Could these new polls be a sign he’s making progress with voters of color where a traditional Republican could not?
“Absolutely,” says John Burnett, a strategic advisor to the New York GOP and an African-American Republican.
“Trump is the wedding crasher,” Burnett told InsideSources. And while Democrats have a longtime relationship with African-American voters, Burnett says “they never really sealed the deal. Now Trump has shown up at the ceremony and he’s telling us, ‘You can do better!’”
Is 30 percent support among black voters for Trump really impossible?
“I have a better chance of jumping center for the Celtics tonight than Donald Trump having 30 percent support in the African-American community,” former Hillary 2016 advisor Joel Payne, who is African-American, told InsideSources.  “Donald Trump’s presidency is an existential crisis for the African-American community and I would predict historically-low African-American support for him next November.”
CNN’s anti-Trump host Ana Navarro-Cárdenas went even further. “Zero chance this is accurate. Zero,” she tweeted. “The poll must have only been conducted in the homes of Ben Carson, Kanye, that sheriff guy with the hat and those two Cubic Zirconia & Polyester-Spandex ladies.” (She’s referring to former Milwaukee Sheriff David A. Clarke and African-American Fox News personalities Diamond & Silk.)
And it’s true that these polls are contradicted by data from Gallup and Quinnipiac University, where Trump’s numbers among black voters remain both steady and unimpressive.

Rapper Kanye West smiles as he talks with President Donald Trump during a meeting in the Oval Office of the White House, Thursday, Oct. 11, 2018, in Washington. (AP Photo/Evan Vucci)

Some Black Activists Are Stepping Up, Too

“Trump clearly thinks he should be improving on the 8 percent vote among blacks he received three years ago,” writes Gallup’s senior scientist Frank Newport. “Based on what we see so far in terms of black ratings of the job Trump is doing as president, currently at 10 percent, I don’t see a high probability of that happening.”


“Trump clearly thinks he should be improving on the 8 percent vote among blacks he received three years ago. Based on what we see so far in terms of black ratings of the job Trump is doing as president, currently at 10 percent, I don’t see a high probability of that happening.” — Gallup’s senior scientist Frank Newport
And it may not.  But the non-traditional nature of the Trump presidency combined with his overt efforts to engage black voters means Democrats may have to change their math.  From Kanye West’s Oval Office photo op to the campaign’s “Black Voices for Trump” coalition to a focus on historically black colleges and universities, Donald Trump is reaching out to African-American voters more aggressively than any Republican president in recent years.
Meanwhile, some black activists are stepping up, too. African-American conservatives Autry Pruitt and James Golden — better known as Rush Limbaugh’s senior producer ‘Bo Snerdly’ — just launched a new website, MAGA.BLACK, with the self-declared mission to “Make Black Americans Republican Again.”
Golden, aka ‘Snerdley,’ told InsideSources that Democrats aren’t having a conversation that’s connecting with black voters. “My mother is a die-hard Democrat, and even she is sick of the Democrats’ impeachment efforts. She’s not paying any attention to it. She recently told me her party should stop picking on Trump and let the man do his job.”
Democrats may be right about talk of 30 percent of black voters backing Trump being unrealistic. But if Trump gets half that support, his re-election would be all but assured. According to research reported by the Washington Post, Trump’s 2016 win was aided in part by a national drop in black turnout of just 4.7 points from 2012. In the swing states, black turnout fell a modest 5.3 percent.
Are black voters who stayed home rather than back Hillary Clinton really going to turn out for a Pete Buttigieg or Liz Warren?  If low unemployment and investment in education convince just 5 percent of black voters to cast their first GOP ballot, or (more likely) stay home, how do Democrats make up for those lost votes in Detroit, Philadelphia, Charlotte and Jacksonville?
Critics at CNN can mock Trump’s high-profile black supporters like Kanye, but Golden believes that’s a mistake. “Kanye isn’t alone. There are more African Americans speaking out now than at any other time I remember.”
Maybe just enough to re-elect Donald Trump.
About the Author
Michael Graham is political editor at InsideSources. You can reach him at michael@insidesources.com.
Related Topics:African-Americanblack communityBlack VotersDonald TrumpimpeachmentKanye Effectpolls
Up Next

Who Besides the Obvious Are Running for Fresno Mayor?