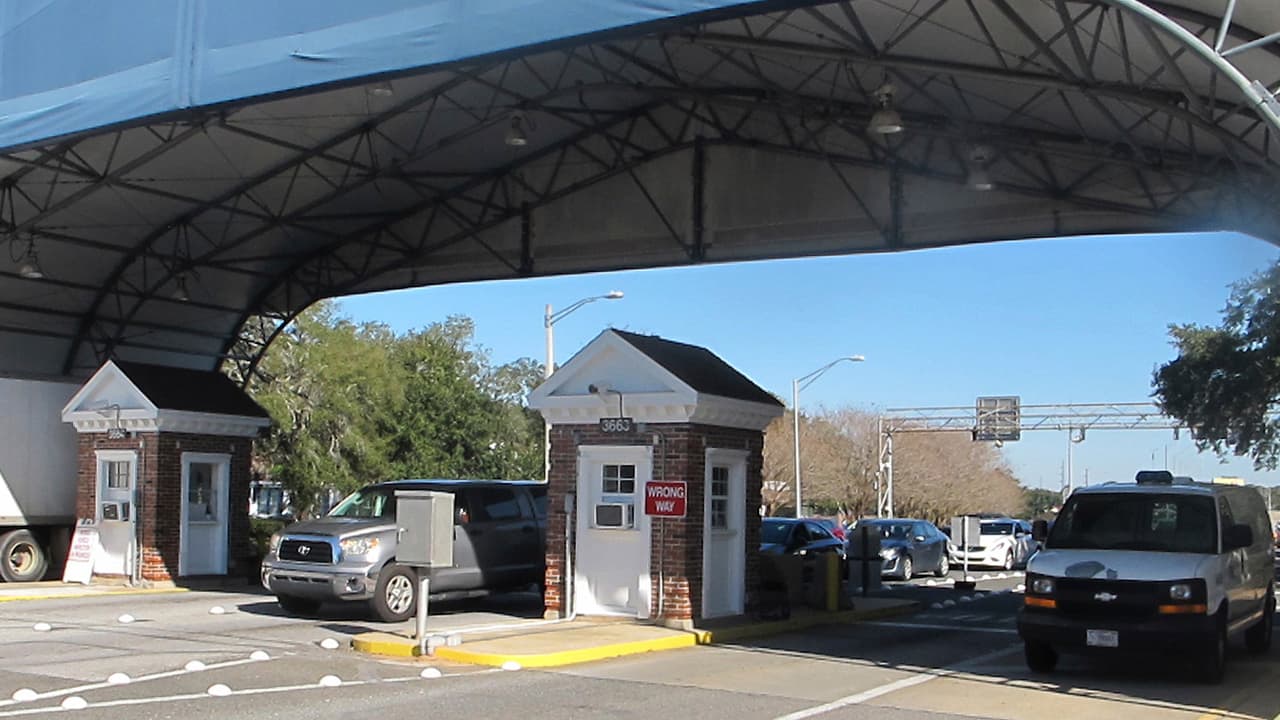 PENSACOLA, Fla. — A U.S. official has identified the shooter at the Naval Air Station in Pensacola as a Saudi Arabian aviation student. Authorities are investigating if the shooting was terrorism-related. The shooting was the second at a U.S. Navy base this week. Escambia County Sheriff David Morgan says 11 people were shot in Friday’s attack, four of whom died, including the shooter. Base commander Capt. Timothy Kinsella Jr. says the base will remain closed until further notice.

THIS IS a BREAKING NEWS UPDATE. AP’s Earlier Story Follows Below.

PENSACOLA, Fla. — A shooter opened fire in a classroom building at the Naval Air Station in Pensacola on Friday morning in an attack that left four people dead, including the assailant, and multiple people wounded. The shooting — the second at a U.S. Navy base this week — prompted a massive law enforcement response and a lockdown at the base.
Eleven people were shot all together, including two sheriff’s deputies who were the first to respond, one of whom killed the shooter, Escambia County Sheriff David Morgan said. One of the deputies was shot in the arm and the other in the knee, and both were expected to recover, he said.
Commanding base officer Capt. Timothy Kinsella Jr. would not say if the shooter belonged to the military and said he did not want to speculate on whether the shooting was terrorism-related.
The base remained closed until further notice and those still on base would remain there until it was safe to evacuate, Kinsella said. This photo taken from video provided by WEAR-TV shows emergency responders near the Naval Air Base Station in Pensacola, Fla., Friday, Dec. 6, 2019. The US Navy is confirming that an active shooter and one other person are dead after gunfire at the Naval Air Station in Pensacola. Area hospital representatives tell The Associated Press that at least 11 people were hospitalized. The base remains locked down amid a huge law enforcement response. (WEAR-TV via AP)

NAS Pensacola employs more than 16,000 military and 7,400 civilian personnel, according to its website. One of the Navy’s most historic and storied bases, it sprawls along the waterfront southwest of downtown Pensacola and dominates the economy of the surrounding area.
Some of the Pensacola base looks like a college campus with buildings where members of the Navy, Marines, Air Force Coast Guard receive training from both military and civilian instructors on many fields of aviation.
The base is home is home to the Blue Angels flight demonstration team, and includes the National Naval Aviation Museum, a popular regional tourist attraction.
The shooting is the second at a U.S. naval base this week. A sailor whose submarine was docked at Pearl Harbor, Hawaii, opened fire on three civilian employees Wednesday, killing two before taking his own life.