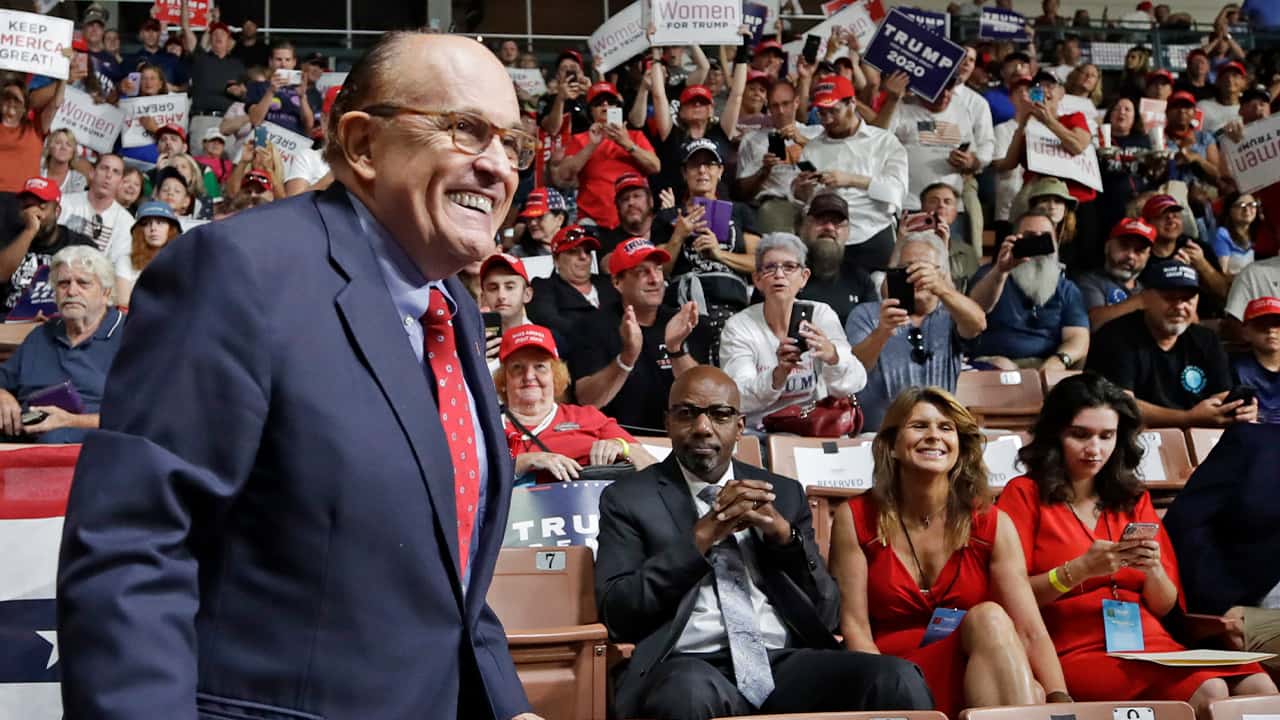 WATFORD, England — President Donald Trump on Wednesday dismissed the significance of repeated contacts between his personal attorney Rudy Giuliani and phone numbers linked to the White House and its budget office — contacts that were first revealed in the House Intelligence Committee’s lengthy impeachment report.

Trump on Wednesday Insisted He Knew Nothing About the Calls

OMB said staff had conducted a review and that, as far as they are aware, nobody there has ever spoken to Giuliani. White House acting chief of staff Mick Mulvaney still uses the cellphone he had when he ran the budget office. But a senior White House official said a review of his cellphone records did not turn up any calls between Mulvaney and Giuliani on the days cited in the report. The official spoke on condition of anonymity to discuss internal records.
Meanwhile, Trump on Wednesday insisted he knew nothing about the calls, even as he maintained they were “no big deal.” He also defended Giuliani as a “very good lawyer,” a “great crime fighter” and “the best mayor in the history of New York City.”
“Rudy is a great gentleman and they’re after him only because he’s done such a good job. He was very effective against Mueller and the Mueller hoax,” Trump said, referring to former special counsel Robert Mueller’s investigation into Russian meddling in the 2016 election.
Giuliani has long pushed the debunked conspiracy theory that Ukraine interfered in the 2016 election and is accused of pressuring Ukrainian officials to investigate the son of Trump’s potential Democratic challenger Joe Biden. Hunter Biden was on the board of a Ukrainian energy company.

The phone records released Tuesday also show that California Rep. Devin Nunes, the top Republican on the House Intelligence Committee, had a series of calls with Giuliani, as well as with Giuliani’s now-indicted associate Lev Parnas. One conversation with Parnas on April 12 lasted eight minutes, according to logs contained in the report.