How the Gunfights in North Mexico That Left 23 Dead Unfolded 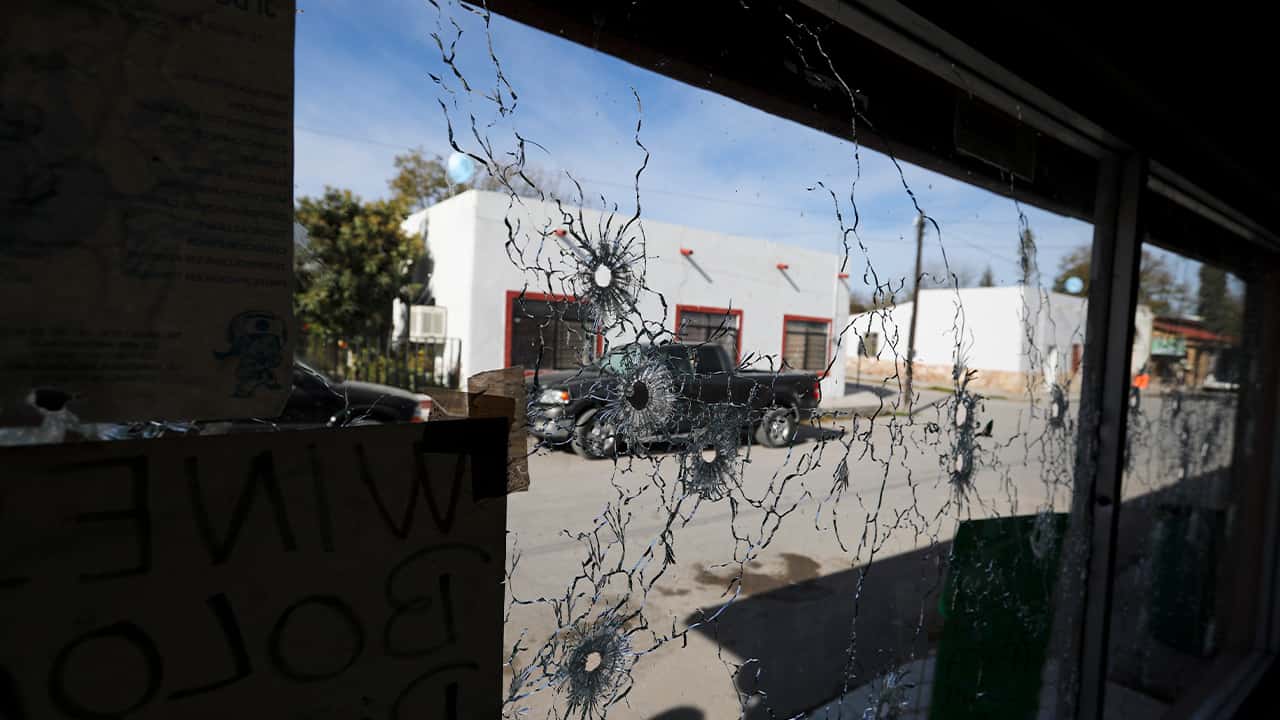 VILLA UNION, Mexico — When dozens of pickup trucks crowded with armed men and mounted machine guns roared into Villa Union, residents of the small town near the U.S. border began to realize they were the target of a military-style invasion. What followed were hours-long gunbattles between a cartel force estimated to number 70 to 150 men and state police that left 23 people dead. At least 50 homes and buildings were riddled with bullet holes.

In the aftermath, authorities found about 20 abandoned vehicles, some with machine-gun turrets and welded armoring; the doors of many were professionally printed with the initials of a drug cartel. At least four had .50 caliber mounted machine guns. Residents claimed there were at least twice that many pickups, with some escaping.
In a statement Tuesday, the Coahuila state government raised the death toll by one from 22 previously and said 10 suspects had been arrested.
Townsfolk, most of whom asked that their names not be used for fear of reprisals, described how the day of terror unfolded:

Residents of the town of 6,000 were still recovering from Thanksgiving, when hundreds of relatives return from the United States to join their families in a border version of the holiday many here refer to as Dia del Pavo, or Turkey Day. Local business owners were enjoying good sales this year. After a period of terror between 2010 and 2013, the old Zetas cartel that had dominated the town had been weakened, and violence had dropped.

Residents on the east side of Villa Union — the side closest to the border city of Nuevo Laredo where a splinter of the Zetas cartel had its base — started seeing convoys of pickup trucks rolling into town. At first, many saw the ammo vests the trucks’ occupants were wearing and thought they were police or soldiers.
“My brother-in-law counted 50 trucks, but there were more on the other side of town,” said one man.
One shop owner counted 20 trucks but stopped counting when he saw that some had Texas plates — or no plates at all. He knew that meant they weren’t police. Others began seeing pickups with the letters “CDN” on their side. “CDN” stands for “Cartel del Noreste,” or “Cartel of the Northeast,” one of the splinter groups of the old Zetas. Workers repair the facade of City Hall riddled with bullet holes, in Villa Union, Mexico, Monday, Dec. 2, 2019. The small town near the U.S.-Mexico border began cleaning up Monday even as fear persisted after 22 people were killed in a weekend gun battle between a heavily armed drug cartel assault group and security forces. (AP Photo/Eduardo Verdugo)

People began to hide.
The shop owner who noticed the odd license plates dove into his shop and hid behind the counter. The attackers descended from their vehicles with assault rifles and as soon as the shopkeeper closed his door, they began firing on the town hall.

The attackers split into at least two groups, and headed toward the west side of town, apparently unaware that army troops and state police had been dispatched from the nearest barracks to the west of Villa Union.
The attackers abducted three civilians: two local firefighters and an employee of the town’s public works department. Two were later found dead.
The gunmen also abducted five young men, apparently intending to use the civilians as guides to escape along the dirt roads that circle the town. Portraits of former mayors of Villa Union hang on a wall riddled with bullet holes after a gunbattle, inside City Hall, in Villa Union, Mexico, Monday, Dec. 2, 2019. The small town near the U.S.-Mexico border began cleaning up Monday even as fear persisted after 22 people were killed in a weekend gunbattle between a heavily armed drug cartel assault group and security forces. (AP Photo/Eduardo Verdugo)

The cartel convoys ran into the state police and soldiers on the west side of town, with one especially fierce firefight breaking out near a gas station.
In the ensuing gunbattles, residents recorded the sound of repeated, sequential fire from assault rifles and the steady chatter of machine guns in long bursts. The gunfight lasted for an hour and a half and left four state police officers and at least nine attackers dead.
Saturday night
Police and soldiers combed the outskirts of Villa Union and nearby areas, sometimes using helicopters. Apparently not all the attackers were able to flee back east toward Nuevo Laredo. Another gunbattle broke out and seven attackers were killed. Many were found to be wearing ammo or bulletproof vests and camouflage clothing. The Zetas, and the Cartel of the Northeast, are known for using such military equipment.

Reinforcements were rushed into the town. Four of the five missing youths turned up alive, apparently freed after guiding the attackers.
Residents began to sweep the shattered glass and bullet casings from the streets
The fifth missing youth, a boy of 15, also appeared alive but traumatized hours later. The attackers had left him far outside of town.