WASHINGTON — The Supreme Court on Monday rejected a Maryland man’s bid for a new trial based on information uncovered by the hit podcast “Serial.”

“We are deeply disappointed by the Supreme Court but by no means is this the end of Adnan Syed. There are other legal options and we are exploring each and every one of them.” — defense attorney C. Justin Brown

The justices did not comment in leaving in place a 4-3 ruling by Maryland’s highest court that denied a new trial to Adnan Syed, who was convicted of strangling a high school classmate he had once dated.

Syed is serving a life sentence after he was convicted in 2000 of killing 17-year-old Hae Min Lee and burying her body in a Baltimore park. Prosecutors said during his trial that Syed killed her after she broke off their relationship.

Syed’s lawyers had argued that his trial lawyer’s failure to investigate an alibi witness violated his right to competent legal representation.

“We are deeply disappointed by the Supreme Court but by no means is this the end of Adnan Syed,” defense attorney C. Justin Brown told The Associated Press. “There are other legal options and we are exploring each and every one of them.”

Millions of people learned about Syed when the hit podcast “Serial” dedicated its entire first season to the case in 2014. The show shattered podcast-streaming and downloading records, shining a spotlight that led to renewed court proceedings. 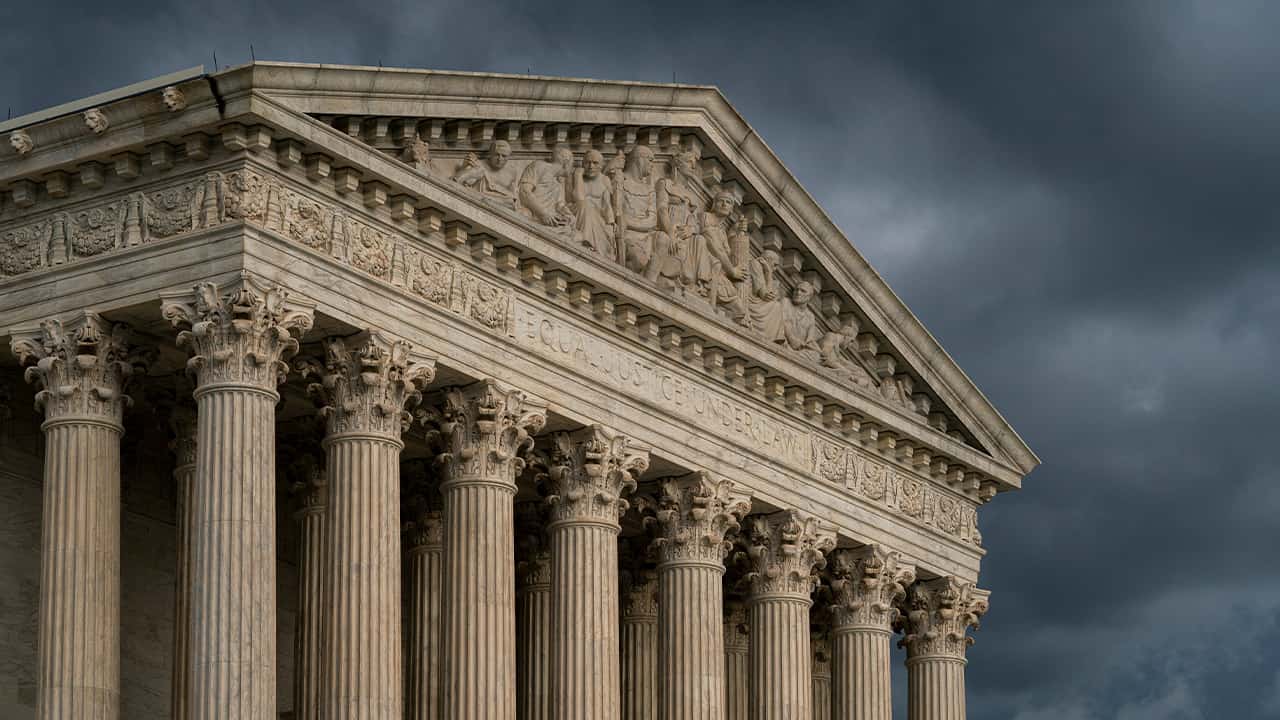 In this June 20, 2019 photo, The Supreme Court is seen under stormy skies in Washington. The justices on Monday left in place a Maryland court ruling that denied a new trial to Adnan Syed, who was convicted of strangling a high-school classmate he had once dated. (AP Photo/J. Scott Applewhite)

Two Maryland courts found that Syed deserved a new trial. His lawyer during his first trial, Cristina Gutierrez, failed to contact a woman who said she saw Syed at a library at the time prosecutors say he strangled his ex-girlfriend in 1999. Gutierrez has since died.

But in 2018, the Maryland Court of Appeals denied Syed a new trial, even though it agreed his trial lawyer’s work was lacking. The state high court said there was little chance the outcome would have been different had Gutierrez done what she should have.

Rabia Chaudry, an attorney and friend of Syed’s family who first brought his case to the attention of “This American Life,” which developed the podcast, said Monday that the Supreme Court’s decision “was fully expected.” She said his defense team has been preparing to file either a habeas petition in federal court or go back to the state court.

“We were just waiting. It was just a technicality. Now it’s done, so we can move forward,” she said of the high court’s move. “He is doing fine. He is hanging in there. He knows that none of us are basically giving up. He was a great legal team. He was a lot of public support and walking away is not an option.”