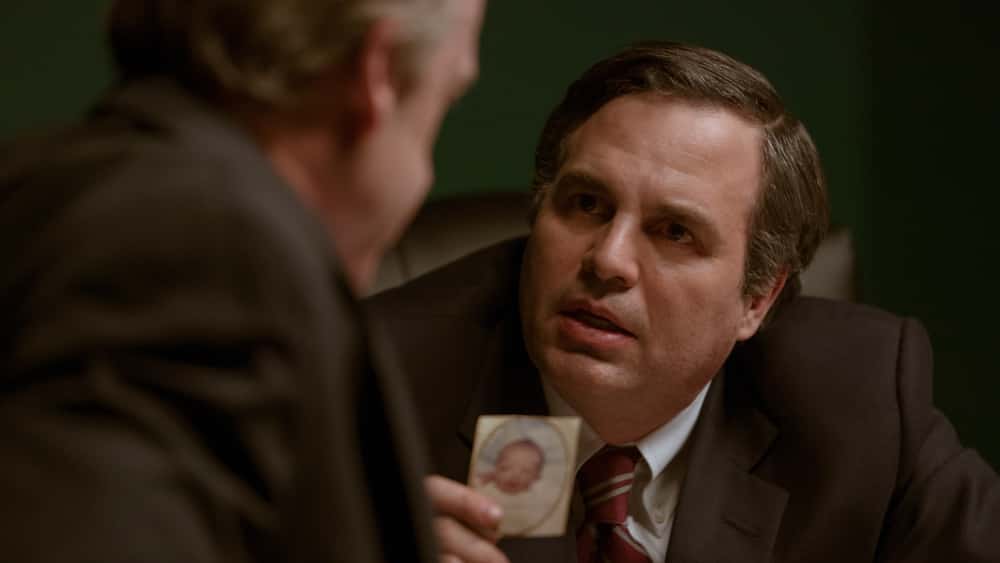 LOS ANGELES — Mark Ruffalo learned about corporate attorney Rob Bilott, who for 20 years battled DuPont to expose the harmful effects of the chemical PFOA, along with most of the country: In 2016 through an article in The New York Times Magazine.


“It’s a horror story that has to be told. It’s a story for our time.” — Mark Ruffalo
A cold call from a West Virginia farmer in 1998 who believed his creek was being contaminated and his animals poisoned by DuPont runoffs began the long investigation that ended in 2017 when DuPont and Chemours Co. agreed to pay more than $600 million in a class action lawsuit on behalf of thousands.
Ruffalo was captivated and immediately set out to acquire the rights to make Nathaniel Rich’s “The Lawyer Who Became DuPont’s Worst Nightmare” into a legal thriller in which he’d play Bilott.
“It’s a horror story that has to be told,” Ruffalo said. “It’s a story for our time.”
The result, “Dark Waters,” directed by Todd Haynes and co-starring an impressive ensemble including Anne Hathaway, Tim Robbins, Bill Camp, William Jackson Harper and Bill Pullman opens Thursday night in theaters. Bilott also authored a book about the ordeal, “Exposure,” which hit shelves in October.
DuPont said in a statement that it believes the film “misrepresents things that happened years ago, including our history, our values and science.” The company also said it supports regulating the chemicals spotlighted in “Dark Waters.”
Ruffalo spoke to The Associated Press about the film. Remarks have been edited for clarity and brevity.
___

AP: Was it difficult to get the rights?

RUFFALO: I was in the process of acquiring the rights after reading (the article) and I got a call from my friends at Participant Media who said, “Hey I think we’re actually bidding against each other for this story. We love it. Would you like to join forces with us?” I’d done “Spotlight” with them and I was like, “I would like that.” And then we started to develop it … This thing happened in record time. It (usually) takes 5-7 years to get a movie made.

AP: Why did you think of Todd Haynes to direct?

RUFFALO: We’d been bumping into each other for years and I’d been such a big fan of his. I thought he would do something really beautiful with this. It needs that kind of spaciousness and depth to really make it work because there’s so much legalese and data that unless we’re attached to this character and really understand him, no one will stay with this story. (Haynes) would figure out a way to bridge 20 years in a movie elegantly and he would make the most gorgeous version of this movie.

AP: When did you meet Rob Billot and start to develop a relationship with him?

RUFFALO: Very early on. While we were in talks of acquiring the story, I wanted to talk to him about it. I was on the phone with him for quite some time laying out my vision for it. But I wanted to know more. I felt like the whole story wasn’t really in that New York Times article. Especially concerning his relationship to (his law firm) Taft and what that must have been like and how difficult that must have been. The article really doesn’t get into that.

AP: Was there anything that surprised you about him?

RUFFALO: He’s passionate (but) he’s not emotional. He’s the opposite of what, as an actor, you’d want him to be. He’s deeply righteous but he’s not political. He doesn’t have an axe to grind. He’s a corporate defense attorney! He’s the guy who would normally defend these companies. That was so remarkable to me. That’s what made the story. That’s what made me thought this could be a movie.

AP: When you read that initial story, did you have a late-night moment like Rob does in the movie where you’re throwing out all the Teflon products?

RUFFALO: Yes. I (changed) everything. I have a water filter on the house. I’ve stopped buying even my favorite progressive sports brands that use PFOA in their waterproofing.

AP: What are you hoping audiences take from this?

RUFFALO: Just having the knowledge. Knowledge is power. Before you didn’t know so you couldn’t even make a choice. We were living with this stuff. It was all around us and we had no idea so we couldn’t even decide whether it was something we wanted in our life or not. There’s power in that, just being able to say, “Hey I don’t want this in my life. This causes six diseases so I’m not going to cook on this anymore, I’m not going to buy these products anymore. I’m going to find the alternative.”
It’s like the priest molestation scandal in “Spotlight.” What really made the change in the world was what people learned from what that they didn’t know about before, told in a human story that they could relate to in their hearts and minds.