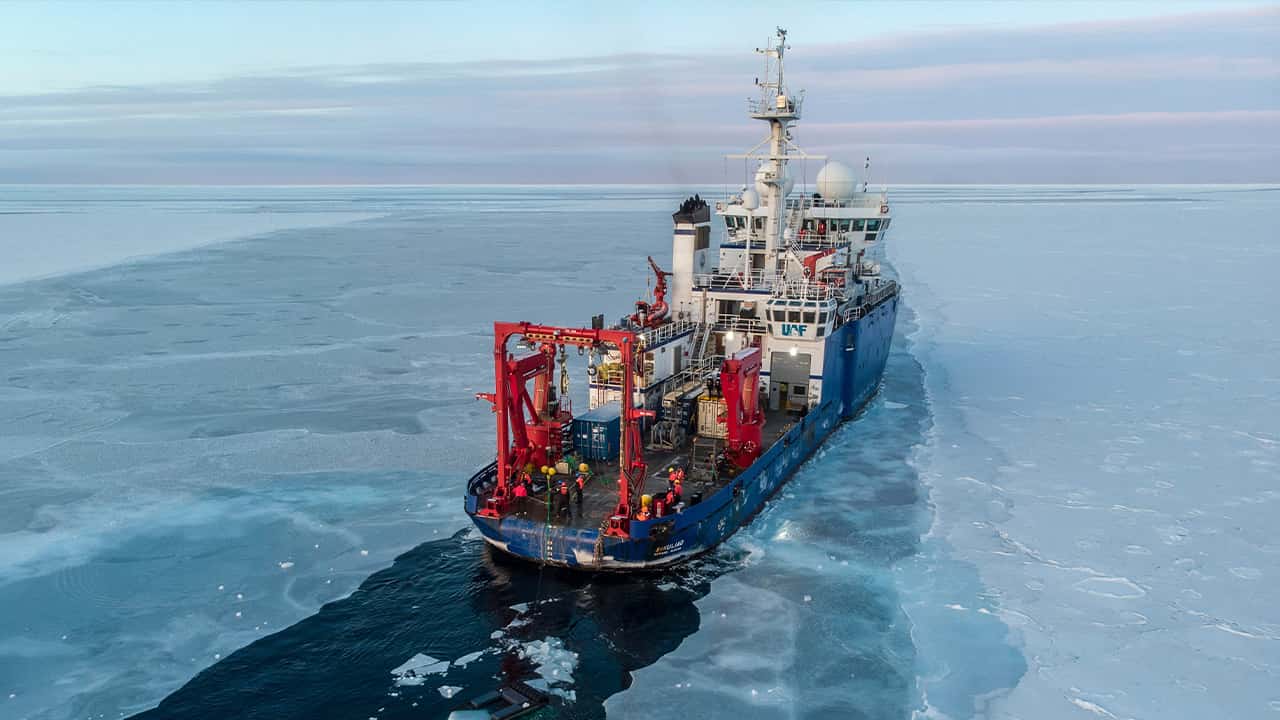 ANCHORAGE, Alaska — The U.S. research vessel Sikuliaq can break through ice as thick as 2.5 feet. In the Chukchi Sea northwest of Alaska this month, which should be brimming with floes, its limits likely won’t be tested.

Sea ice is also a one of the most important physical elements of the Chukchi and Bering seas. The cold, salty water underneath ice creates structure in the water column that separates Arctic species from commercially valuable fish such as Pacific cod and walleye pollock. When sea ice melts, it creates conditions important for the development of microorganisms at the base of the food web.
And then there’s wildlife. Sea ice is the prime habitat for polar bears and the preferred location for dens where females give birth. Female walruses with young use sea ice as a resting platform and follow the ice edge south as it moves into the Bering Sea.
The formation of sea ice requires the ocean temperature to be about 28 degrees, the freezing point of saltwater. Historically, ice has formed in the northernmost waters and been moved by currents and wind into the southern Chukchi and Bering seas, where it cools the water, allowing even more ice to form, said Andy Mahoney, a sea ice physicist at the University of Alaska Fairbanks’ Geophysical Institute.
Forecasters 20 years ago took it as a given that the water temperature would be cold enough to form sea ice.
“Even at the end of summer you couldn’t get enough heat into the ocean to raise the water temperature significantly above freezing,” Mahoney said. “So it didn’t take much cooling to cool the ocean down to the freezing point.”
Climate warming has brought a harsh new reality. High summer temperatures have warmed the entire water column in the Bering and Chukchi seas. Water temperature from the surface to the ocean bottom remain above normal, delaying ice formation.
“We’ve got a cold atmosphere. We’ve got a strong wind. You’d think we’d be forming ice, but there’s just too much heat left in the ocean,” Mahoney said. This Nov. 8, 2019, photo provided by John Guillote shows a view from the main lab of the Sikuliaq in the Chukchi Sea. University of Washington scientists onboard the research vessel are studying the changes and how less sea ice will affect coastlines, which already are vulnerable to erosion because increased waves delivered by storms. More erosion would increase the chance of winter flooding in villages and danger to hunters in small boats. (John Guillote via AP)