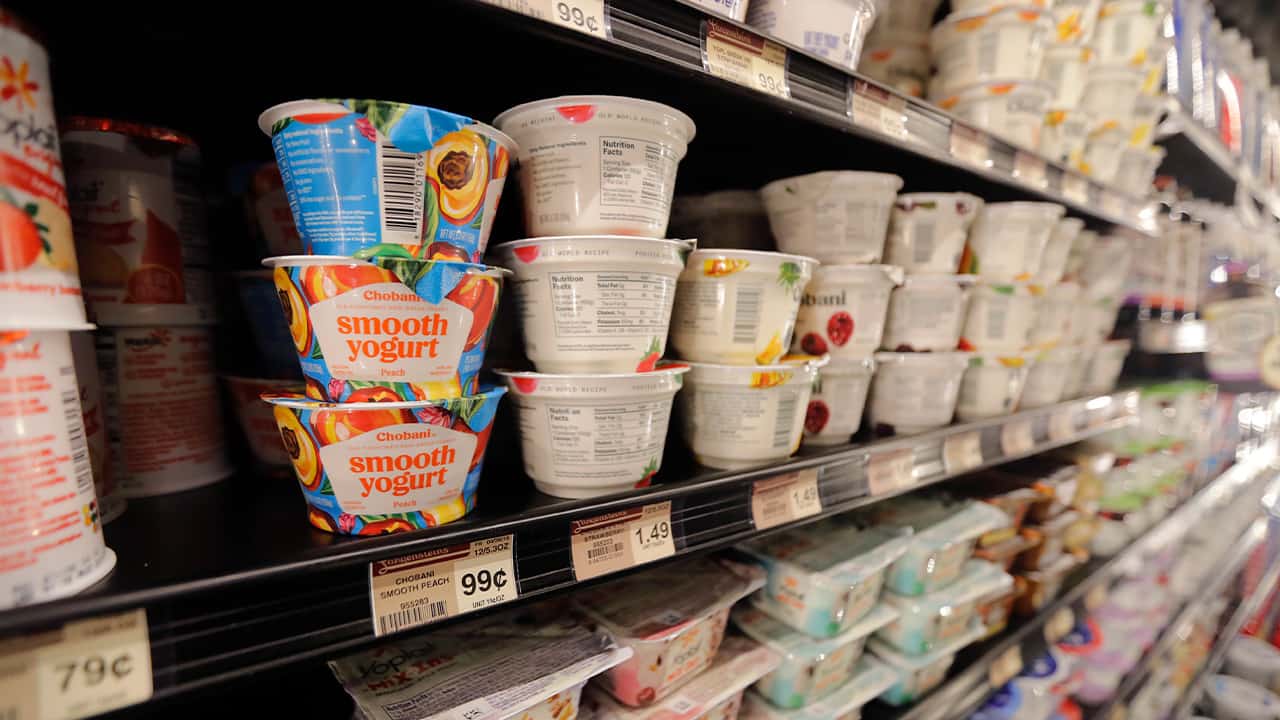 What’s eating yogurt?
Despite shelves full of new varieties — from Icelandic to Australian to coconut-based — U.S. yogurt sales are in a multiyear slump. Yogurt companies are confident that more new products can boost sales. But some analysts are skeptical, saying larger trends — like growing sales of protein bars — will be hard to turn around.

Health and animal welfare concerns are driving some Americans away from dairy altogether. Last week, the nation’s largest milk processor, Dean Foods, filed for bankruptcy protection, citing a decades-long decline in U.S. milk consumption.
McGuinness insists the move isn’t a defensive one, and that Chobani is still bullish on yogurt. The company felt coffee creamers were a good fit since cream is a byproduct of yogurt manufacturing, he said. And the company is convinced that plant-based eating is a trend with staying power.
“We love yogurt and we still think yogurt is underpenetrated,” McGuinness said. Chobani, which is privately held, says its dollar sales are up 9% so far this year thanks to the introduction of lower-sugar and coconut-based yogurts.

McGuinness said Chobani plans to enter other market categories, too. The company opened a 70,000-square-foot innovation center in Twin Falls, Idaho, earlier this year and has hired additional research and development staff.
Bryant agrees that innovation is important, but he said yogurt companies are just taking share from each other since overall sales aren’t growing.

He predicts yogurt sales will continue to fall because U.S. consumers are eating breakfast on the go and aren’t making time for spoonable yogurt. They have new options, like nutrition shakes and protein bars, and many aren’t keen on dairy products.