Israel Says it Has Completed Gaza Strikes After Rocket Fire 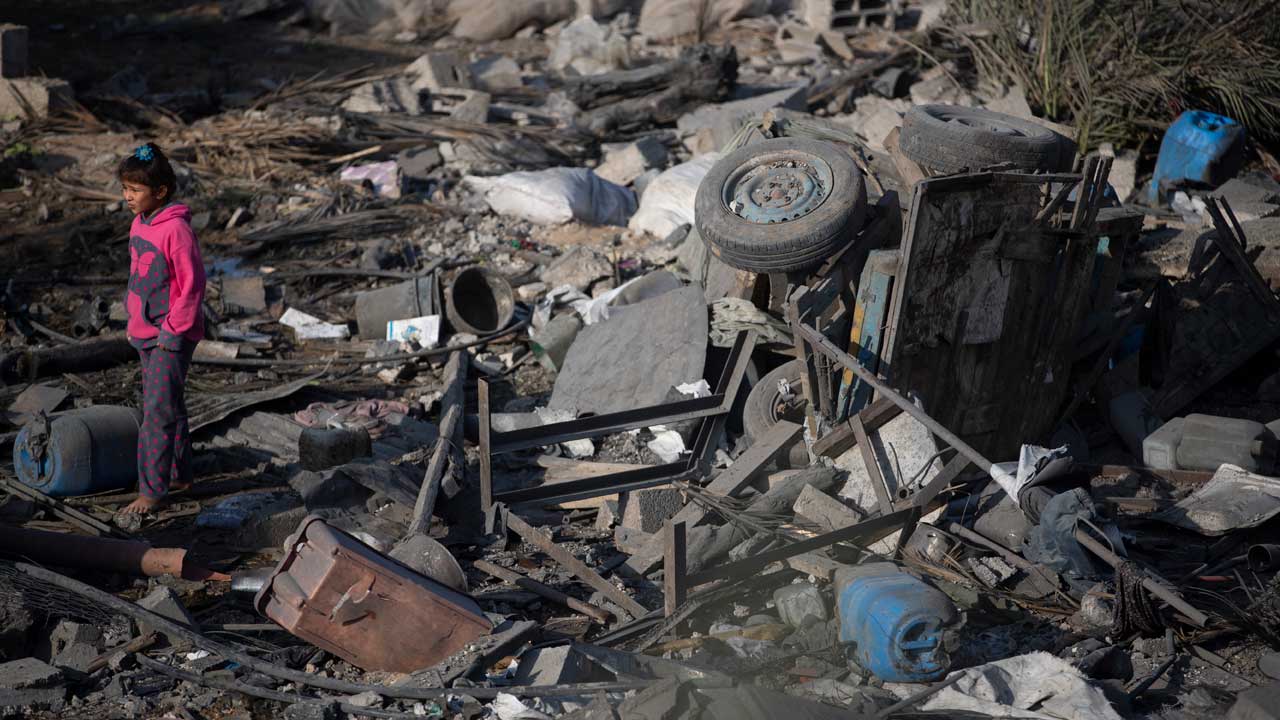 GAZA CITY, Gaza Strip — Israel said early Friday it has completed a series of airstrikes on targets linked to the Islamic Jihad militant group in Gaza after overnight rocket fire that rattled a day-old truce.
The Palestinian territory’s Hamas rulers, who kept to the sidelines of this week’s fighting, cancelled the weekly protests they organize along the perimeter fence without explanation — apparently in an effort to preserve the calm.
Israel reiterated that it was willing to abide by the cease-fire if there are no additional rocket attacks. The army said in a statement that it struck a military compound, a rocket-manufacturing site and a militant headquarters in the town of Khan Younis overnight.

More than 450 Rockets Fired Toward Israel

The airstrikes came after a barrage of rockets late Thursday. There were no immediate reports of casualties on either side. The situation was calm on Friday.
The unofficial cease-fire that began early Thursday ended a two-day escalation triggered by Israel’s targeted killing of an Islamic Jihad commander. The fighting killed 34 Palestinians, including 16 civilians. Palestinian militants fired more than 450 rockets toward Israel, paralyzing much of southern Israel without causing any deaths or serious injuries.
An Israeli airstrike overnight Thursday struck a home in the central Gaza town of Deir al-Balah, killing eight people, including two women and five children under the age of 13. The airstrike apparently targeted the home of an Islamic Jihad commander who was not there at the time. Neighbors said the airstrike killed his brother, who was not involved in militant activity.
The military said Friday that it struck “Islamic Jihad military infrastructure” in Deir al-Balah and did not intend to harm civilians.
“According to the information available to the IDF at the time of the strike, no civilians were expected to be harmed as a result of the strike,” the Israeli Defense Forces said in a statement. It said an investigation is underway.

Hundreds of Palestinian civilians have been killed in previous rounds fighting in Gaza, drawing heavy international criticism, and the International Criminal Court in The Hague has opened a preliminary investigation into Israel’s battlefield tactics.
Israel rejects the criticism, saying it takes numerous precautions to prevent unnecessary civilian casualties. It also accuses Palestinian militants of using civilians as human shields and firing rockets from residential areas. It says militant commanders often have weapons or command centers inside their homes, making them legitimate targets.
Islamic Jihad announced the Egyptian-brokered cease-fire early Thursday, claiming it had extracted several concessions from Israel. Israel does not generally comment on informal understandings with militant groups and said only that it would halt fire as long as the militants did the same.
The truce angered many Islamic Jihad supporters, who held protests across Gaza. The barrage of rockets fired into Israel late Thursday, which Israel said were intercepted by its missile defenses, may have been an expression of discontent with the militant group’s leadership.
Unlike in previous rounds of violence, the more powerful Hamas stayed on the sidelines, adhering to understandings reached through Egyptian mediators after previous rounds of fighting with Israel. Both militant groups are committed to Israel’s destruction, but Islamic Jihad is seen as more radical and has closer ties to Iran.
Hamas has held weekly demonstrations along the frontier for more than a year to call for the lifting of an Israeli-Egyptian blockade imposed on Gaza when the group seized power from the internationally backed Palestinian Authority in 2007.
The protests often turn violent, with demonstrators hurling rocks and firebombs and Israeli forces responding with tear gas and live ammunition. Hamas has tamped down the protests in recent weeks, apparently as part of the understandings with Egypt.
In return, Israel has loosened the blockade and allowed Qatar to deliver millions of dollars in cash so that Hamas can pay its civil servants.
Hamas and Israel have fought three wars, the most recent in 2014, and have exchanged fire on a number of occasions since then. In the latest fighting, Israel refrained from targeting Hamas, which does not appear to have fired any rockets, a sign that both want to maintain the calm.