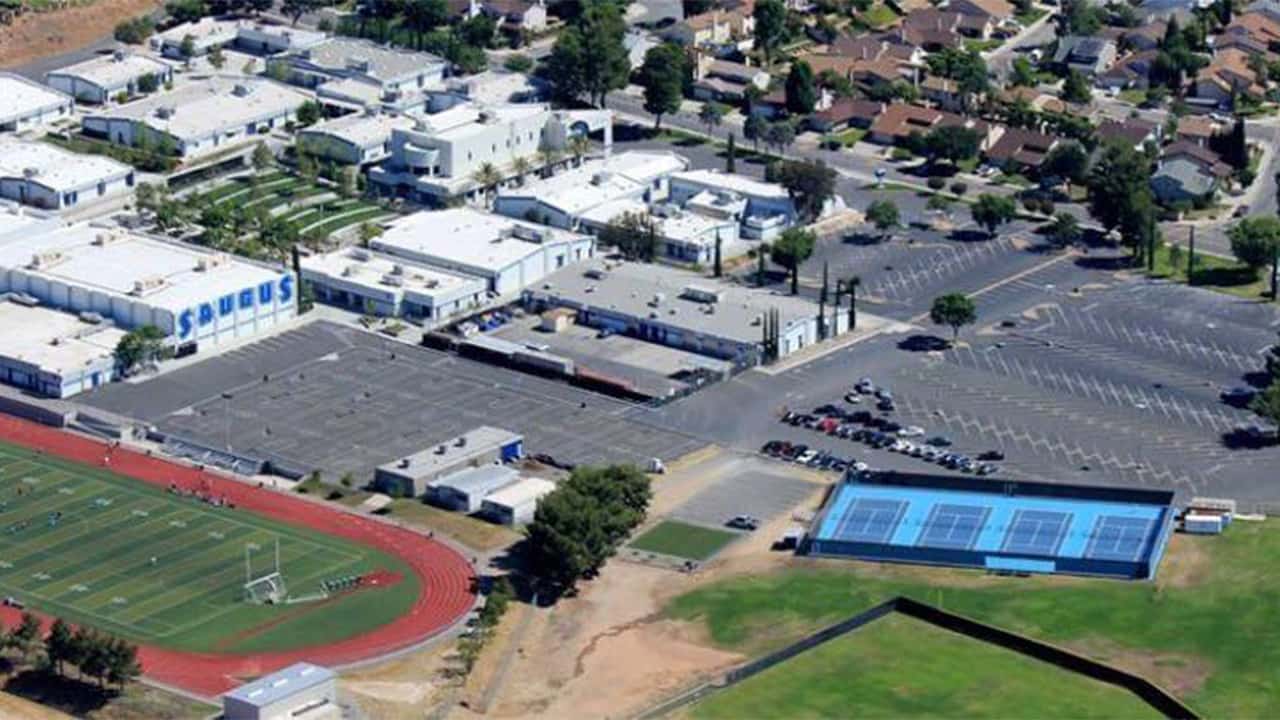 SANTA CLARITA — Authorities say at least six people have been injured during a shooting at a Southern California high school.
The Los Angeles County Sheriff’s Department says Thursday on Twitter that deputies are responding to Saugus High School in the city of Santa Clarita.
The sheriff’s office says a male suspect in black clothing was seen at the school.
Los Angeles County Fire Department spokesman Christopher Thomas said it was not immediately clear if the victims suffered gunshot wounds or other injuries.
Saugus High School and other schools in the area have been locked down.