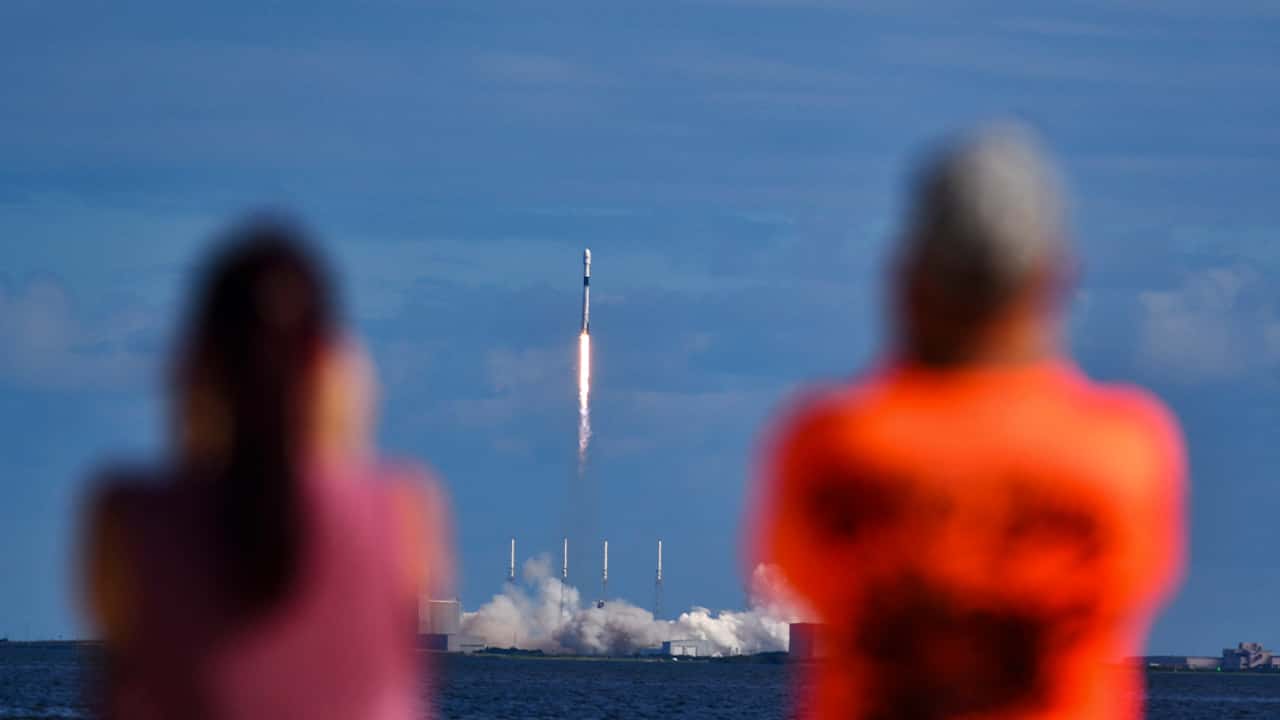 CAPE CANAVERAL, Fla. — SpaceX launched 60 mini satellites Monday, the second batch of an orbiting network meant to provide global internet coverage.
The Falcon rocket blasted into the morning sky, marking the unprecedented fourth flight of a booster for SpaceX. The compact flat-panel satellites — just 575 pounds each — will join 60 launched in May. Each Satellite Has an Autonomous System for Dodging Space Junk

This also marked the first time SpaceX used a previously flown nose cone. The California-based company reuses rocket parts to cut costs.
Stacked flat inside the top of the rocket, the newest satellites were going to maneuver even higher following liftoff, using krypton-powered thrusters. SpaceX said there was a potential problem with one of the 60 that could prevent it from moving beyond its initial 174 mile-high orbit. In that case, the faulty satellite will be commanded to re-enter and burn up harmlessly in the atmosphere.
Each satellite has an autonomous system for dodging space junk. In September, however, the European Space Agency had to move one of its satellites out of the way of a Starlink satellite. SpaceX later said it corrected the problem.
SpaceX is among several companies interested in providing broadband internet coverage worldwide, especially in areas where it costs too much or is unreliable. Others include OneWeb and Jeff Bezos’ Amazon.
According to Musk, Starlink revenue can help SpaceX develop rockets and spacecraft for traveling to Mars, his overriding ambition.