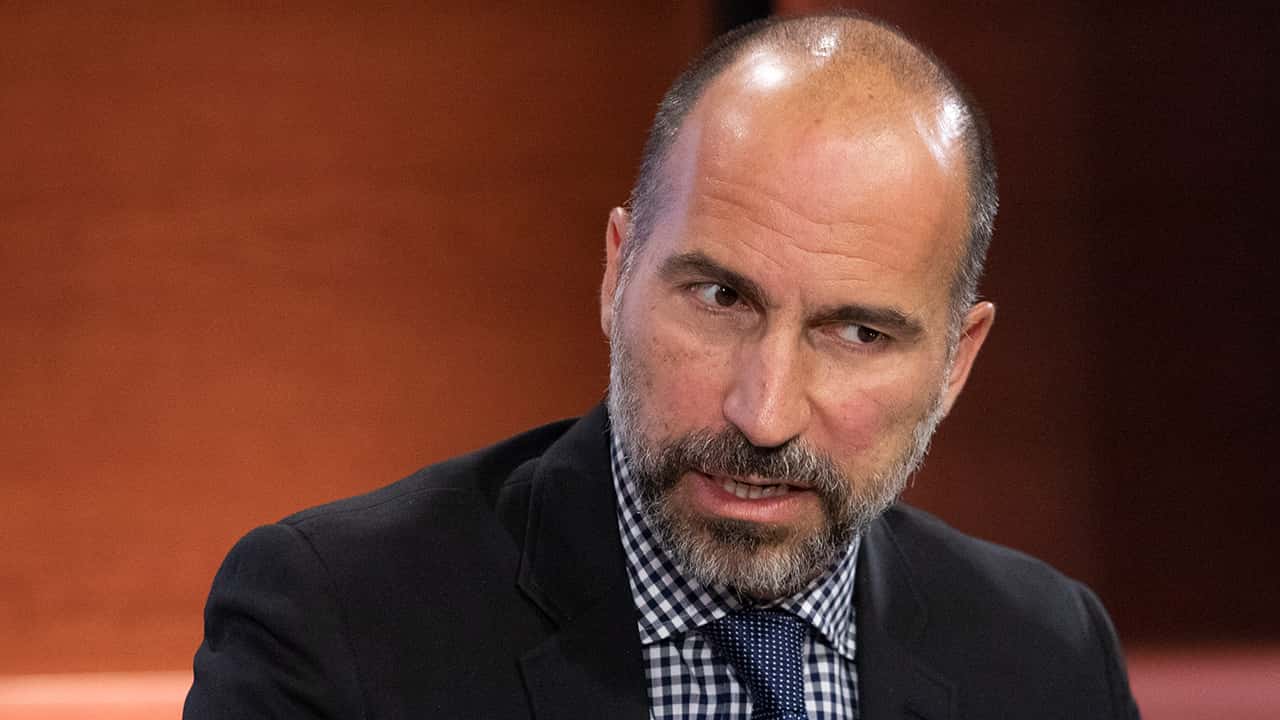 NEW YORK — Uber CEO Dara Khosrowshahi is being criticized for calling the murder of a Washington Post columnist “a mistake” and comparing it to the death of a pedestrian struck by one of the company’s autonomous vehicles.
Khosrowshahi later said he regretted his comments, made during an interview with Axios on HBO. He tweeted Monday that there’s no forgiving or forgetting what happened to the journalist Jamal Khashoggi and he was wrong to call it a mistake.
Critics say Khosrowshahi is downplaying Khashoggi’s grisly murder to placate one of the company’s biggest investors.
Saudi Arabia’s sovereign wealth fund, known as The Public Investment Fund, holds about $1.9 billion worth of Uber stock, making it the company’s fifth largest stakeholder. Its managing director, Yasir Al-Rumayyan, sits on Uber’s board.


Related Story: Opinion: Trump and Money Are Shielding Saudi Arabia From Accountability for ...

Officials with the U.S. and the United Nations suspect that Saudi Arabia’s Prince Mohammed bin Salman played a role in Khashoggi’s slaying. Prince Mohammed has said he takes full responsibility but denied ordering the killing, calling the slaying “a mistake” in an interview in September.
In an interview with Axios which aired Sunday, Khosrowshahi echoed those comments, saying “I think that government said that they made a mistake.” He then compared Khashoggi’s slaying to an accident in which one of Uber’s autonomous vehicles struck and killed a pedestrian last year.

“It’s a serious mistake. We’ve made mistakes too, with self-driving, and we stopped driving and we’re recovering from that mistake,” Khosrowshahi said. “So I think that people make mistakes, it doesn’t mean that they can never be forgiven. I think they’ve taken it seriously.”


“It’s a serious mistake. We’ve made mistakes too, with self-driving, and we stopped driving and we’re recovering from that mistake. So I think that people make mistakes, it doesn’t mean that they can never be forgiven. I think they’ve taken it seriously.” — Dara Khosrowshahi, CEO of Uber
Khashoggi was killed and dismembered by Saudi intelligence officials and a forensic doctor last year at the Saudi Consulate in Istanbul. He was a longtime editor at state-linked newspapers in Saudi Arabia and had been in self-imposed exile in the U.S. while writing critically about Saudi leadership.
A U.N. investigator said the Saudi journalist was the victim of “a planned, organized, well-resourced and premeditated extrajudicial killing for which the state of Saudi Arabia must bear responsibility.”
In his Monday tweet, Khosrowshahi said he told Axios after the interview “I said something in the moment I don’t believe. Our investors have long known my views here & I’m sorry I wasn’t as clear on Axios.”
Nonetheless, #BoycottUber began to trend Monday on Twitter, recalling the #DeleteUber movement that gathered steam years ago as the company struggled with image problems and lost customers to rival Lyft.
Khosrowshahi was brought in as CEO to turn around a company plagued with self-inflicted wounds. Co-founder Travis Kalanick was ousted as CEO in 2017 after revelations arose about rampant internal sexual harassment , accusations that drivers had assaulted passengers and a cover-up of a computer break-in that stole personal information about its passengers, among other problems.