Rebirth, Angst and the 'New Normal' of California Wildfires 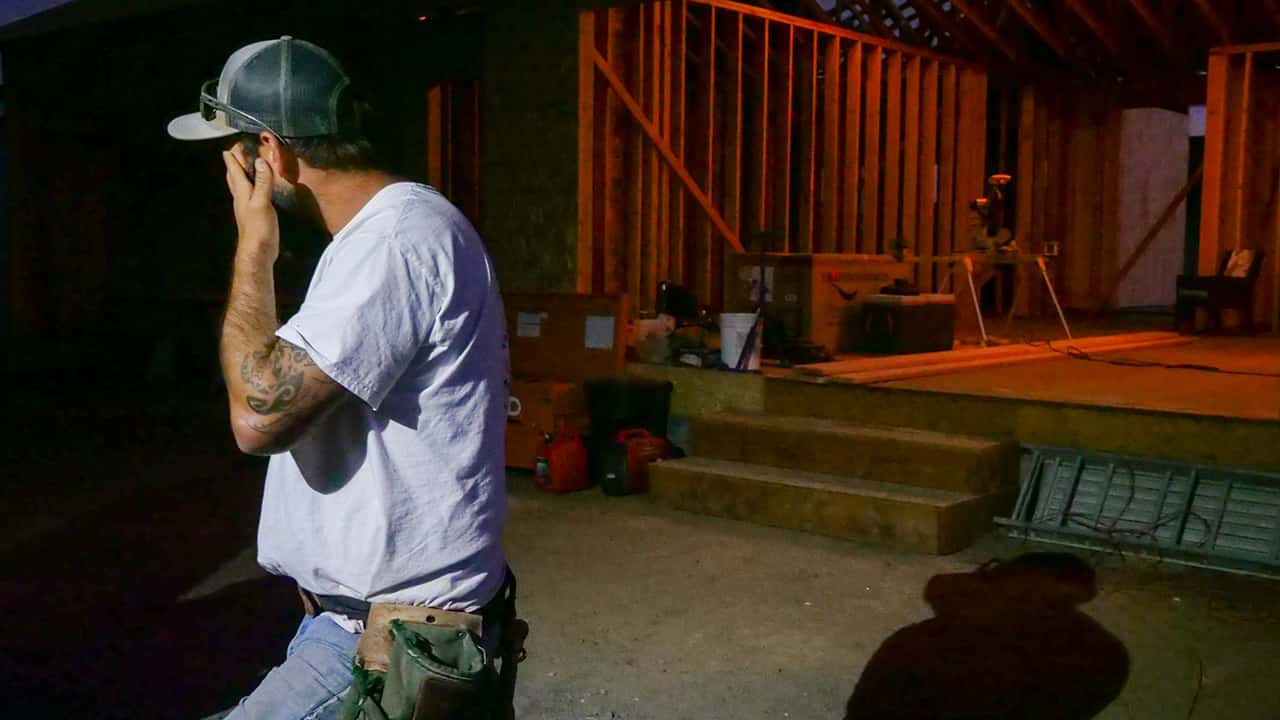 SANTA ROSA — Tina Chandler walks outside her home and sniffs the air. “Do you smell smoke?” she asks.
Even when the scent is no longer there, it haunts her. So does the fear of the monstrous winds of autumn, the kind that stoked the wildfires that destroyed her northern California neighborhood once and, in recent days, threatened it yet again. “That wind and the stink,” she says, frowning.

This New Normal Everyone Talks About Now Is Hard to Take

In the end, the loss from the Kincade Fire was not as great for many reasons — from lessons firefighters learned and more precise wind forecasts to a bit of luck. Fire crews fought like mad to save places like the town of Windsor, just north of Santa Rosa, but were unable to stop the flames from overtaking some homes and other structures, including an old general store and post office built in 1869 in Healdsburg that had become the main building for the Soda Rock Winery.
After the fire, Soda Rock owner Ken Wilson measured the remaining stone facade, determined to save and reinforce it to withstand earthquakes. Signs on the nearby roadside announced wine tastings: “RECOVERY BEGINS!” Many have stopped in.
“This is what I call resiliency!” one customer said as he arrived.


Related Story: Paradise Rebuilds but Is It Any Safer a Year After Wildfire?

Wilson, a Canadian who moved to Sonoma County in 1979, explained that this was how he started tastings with his first winery in 1998 — “a plank and two barrels and we were in business.”
Emily McCutchan, a fifth-generation resident of Sonoma County who lives in Windsor, stopped in to see the damage at Soda Rock, having just returned from a trip to Italy. She cried when she saw the ruins and met Wilson with an embrace. “It’s so sad,” she said.
This new normal everyone talks about now is hard to take. But she said she won’t leave the county during fire season again. She will stand with her people. “It’s your home, your community, your family,” she said. “You don’t just run when things get hard, right?”
Wilson also has watched grape vines come back, even after fire. The roots go too deep. “Hard to kill a grape vine,” he said. In this Wednesday, Nov. 6, 2019, photo, kindergartner age children from Healdsburg Elementary School get comfort from “Rudy,” a therapeutic dog from Paws of Assistance Loving Support, on their first day back to school since the Kincade Fire in Healdsburg Calif. Many of the children suffer from PTSD symptoms due to the frequency of the fires in the area. (AP Photo/Lacy Atkins)

The ties of the Chandler family — Tina, husband Joel and their two sons and wives — also run deep here. They own a construction business and, since the Tubbs Fire, have helped rebuild their own neighborhood as well as other homes in Sonoma County. Son Dale and his wife, Katrina, have purchased a lot across the street from his parents. A few houses down, son Bobbie and his wife, Jenna, are finishing the framing on their own home after work, hurrying to finish the roof before rainy season begins. They live in a trailer behind the home.

The stress generally brought people together.
Now on Wednesday nights, residents gather for a wine party. Many younger families have moved in, now able to live in a place that was, for them, unaffordable before the fires. Bobbie is reluctant to talk about silver linings “because there’s people and things that can’t be replaced.”
“Healing takes a long time, and it happens in a lot of ways,” he said. But he’s grateful to be here, with his family all on one street. For him, they — more than the house — are home.
His mom wants to stay, too, but she hasn’t been sleeping well since the Kincade Fire dredged up old anxieties.

This isn’t the mellow California she’s always loved. “I don’t want to live scared,” the 54-year-old mom said. “But where would we go?”
The night of the fire she packed a framed family photo from Dale and Katrina’s wedding, along with a box of kukui nut necklaces that a friend had sent from Hawaii after they lost their home. “I know that sounds kind of silly,” she said of the black shiny nuts, which represent hope and renewal. “But this was their way of saying ‘We’re going to be all right.'”
She still thinks about items they lost in the 2017 fires that can’t be replaced, like her boys’ baby books. She can recall their birth weights, but not their lengths. “As a mom, you want to remember that stuff,” she said, her eyes filling with tears.
She paused for a moment as she stood in her new kitchen. And she asked again: “Do you smell smoke?” In this Tuesday Nov. 5, 2019, photo, the grape vineyards stand, right, among the destruction of the main building of the Soda Rock Winery in Healdsburg Calif. This Fountaingrove section of Santa Rosa in California’s wine country was one of the neighborhoods turned to piles of ash and debris by the now infamous Tubbs Fire of 2017. It had been the most destructive wildfire in California history, until last year, when the Camp Fire ravaged the town of Paradise, to the north, killing 86 people. (AP Photo/Lacy Atkins)

Mercury Putting on Rare Show Monday, Parading Across the Sun