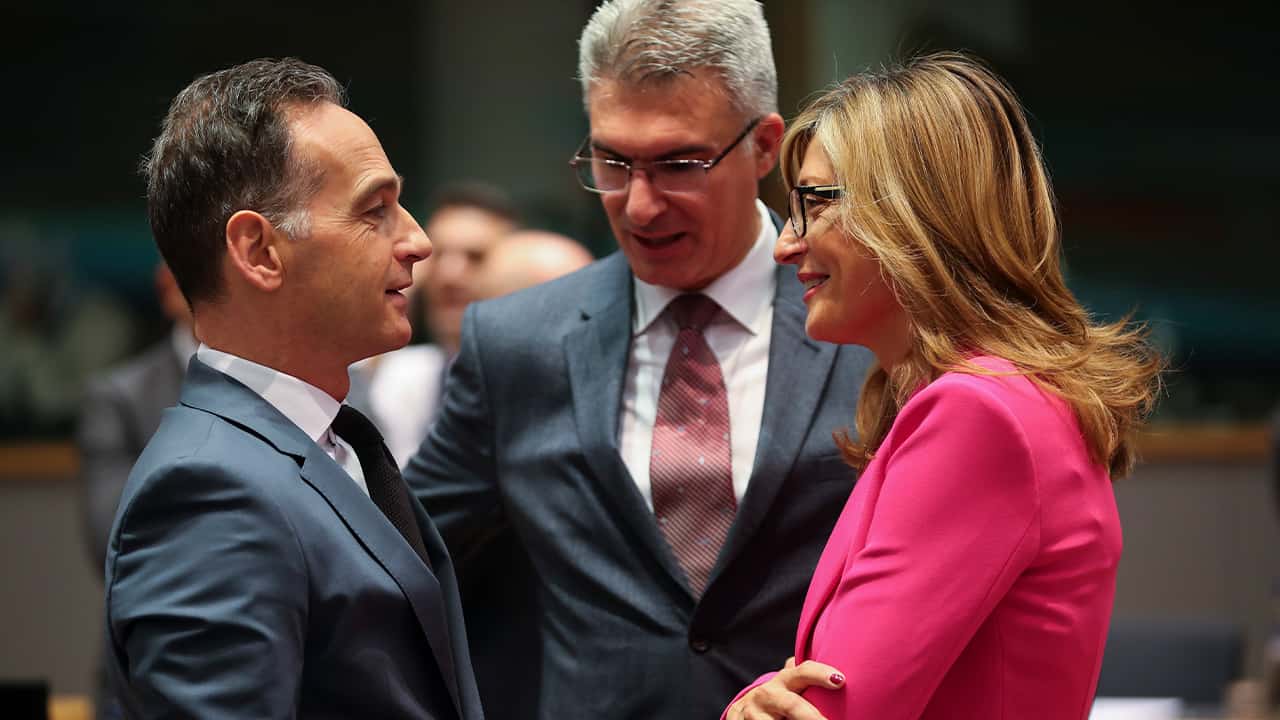 BRUSSELS — European Union foreign ministers on Monday affirmed their support for the nuclear deal with Iran, after the Islamic Republic began enrichment work at its Fordo site in a fresh act of defiance that seems likely to spell the end of the painstakingly crafted international agreement. The Europeans Are Hardly Surprised by Iran’s Actions

“It’s a great agreement and we need to keep it alive,” Slovakia’s foreign minister, Miroslav Lajcak, told reporters. But it remains unclear what more the EU can do as Iran’s economy buckles under the weight of the sanctions, apart from renewing its appeals for restraint and dialogue.


“Sanctions, sanctions, sanctions. We’re not going to solve the problem like that. Right now, we should wait for the report from the IAEA to see where we stand.” — Luxembourg Foreign Minister Jean Asselborn
The Europeans have poured a lot of cash and credibility into ensuring the deal stays afloat. A safeguard was built to keep money flowing to Tehran, but it has not been effective. A system is in place to protect European companies doing business in Iran from U.S. sanctions, even though many remain reluctant because they fear being shut out of the more lucrative American market if they do.


Related Story: Iran to Fuel Centrifuges in New Step Away From Nuclear Deal

One option could be to trigger the dispute mechanism in the agreement, which would open a window of up to 30 days to resolve the problem. Some are even calling on the Europeans to impose their own sanctions on Iran.
“Sanctions, sanctions, sanctions. We’re not going to solve the problem like that,” said Luxembourg Foreign Minister Jean Asselborn. “Right now, we should wait for the report from the IAEA to see where we stand.”
Dutch Foreign Minister Stef Blok said he was “very worried about Iran’s behavior,” after uranium gas was injected into centrifuges at Fordo last Thursday to produce low-enriched uranium to fuel nuclear power plants. Under the deal, Tehran was not supposed to do this at the site until 2030.
However, the Europeans are hardly surprised by Iran’s actions. They believe the writing has been on the wall ever since Trump withdrew from the nuclear agreement last year, claiming that it does not to stop Tehran from developing missiles or undermining stability in the Gulf region.
“Sadly, it’s a degradation that was to be expected,” Asselborn said.

Myanmar Accused at UN Court of Genocide Against Rohingya