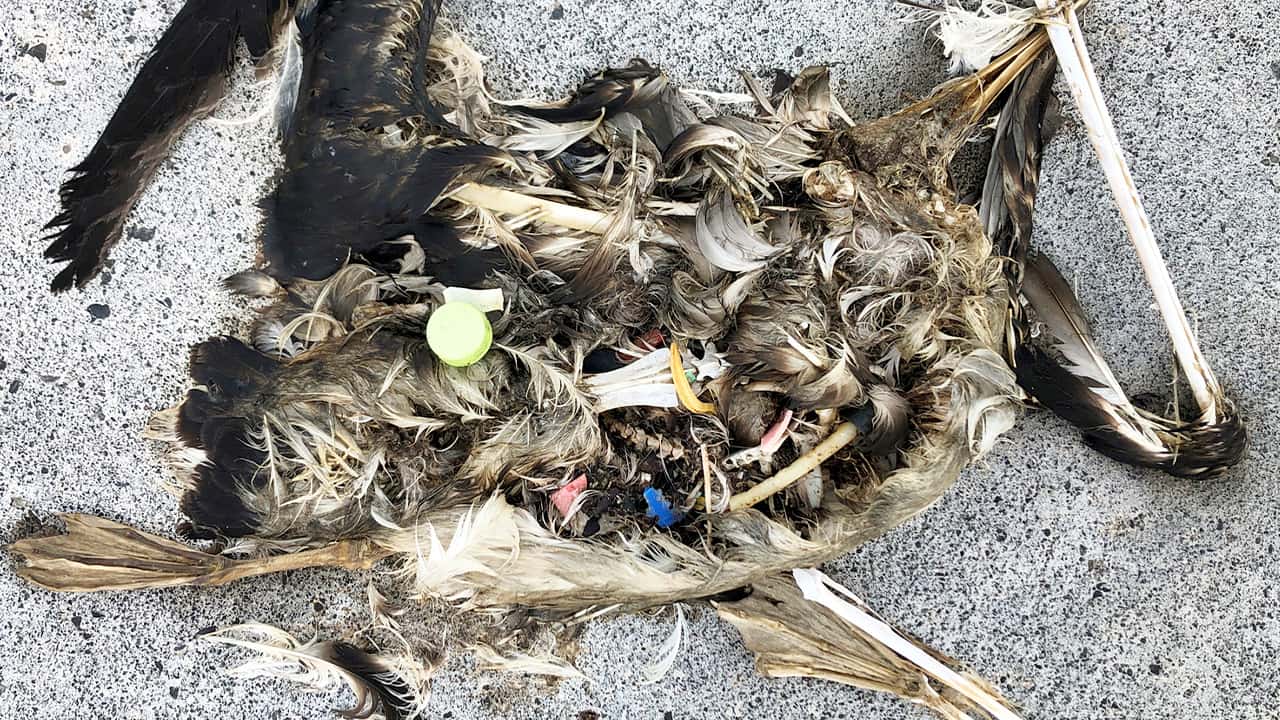 Currents Bring Abundance of Plastic and Trash to Refuge’s Beaches

Sharp plastic pieces can also perforate their intestines and esophagus.
Papahanaumokuakea, which quadrupled in size under President Barack Obama in 2016, is the world’s largest marine conservation area and was inscribed in 2010 as a UNESCO mixed World Heritage site.
“Papahanaumokuakea is both a biologically rich and culturally sacred place,” Clark said. “The Hawaiians call it a place of abundance, or aina momona.”
But circulating currents now bring an abundance of plastic and other trash from all around the Pacific Rim to Hawaii’s beaches. The debris ranges from tiny microplastics that nearly every animal in this marine ecosystem ingests to huge fishing nets that gather plants, animals and other debris while bulldozing across fragile coral reefs.
“The estimates are that there’s about 57,000 pounds of marine debris that washes ashore within this part of the archipelago annually,” Clark said.
U.S. Fish and Wildlife Service biologist Kelly Goodale lives and works on Midway, the site of a decisive World War II battle, and said the plastic that washes ashore there each year is just part of the problem.
“Not only are our beaches getting it, but also our albatross will bring it and feed it to their chicks,” Goodale said. In this Oct. 15, 2019, photo, a seabird chick sits next to its burrow on Midway Atoll in the Northwestern Hawaiian Islands. In one of the most remote places on Earth, Midway Atoll is a wildlife sanctuary that should be a safe haven for seabirds and other marine animals. Instead, creatures here struggle to survive as their bellies fill with plastic from faraway places. (AP Photo/Caleb Jones)

Albatross spend much of their lives at sea feeding and flying thousands of miles across the oceans before returning to Midway each year to lay eggs and raise their young.