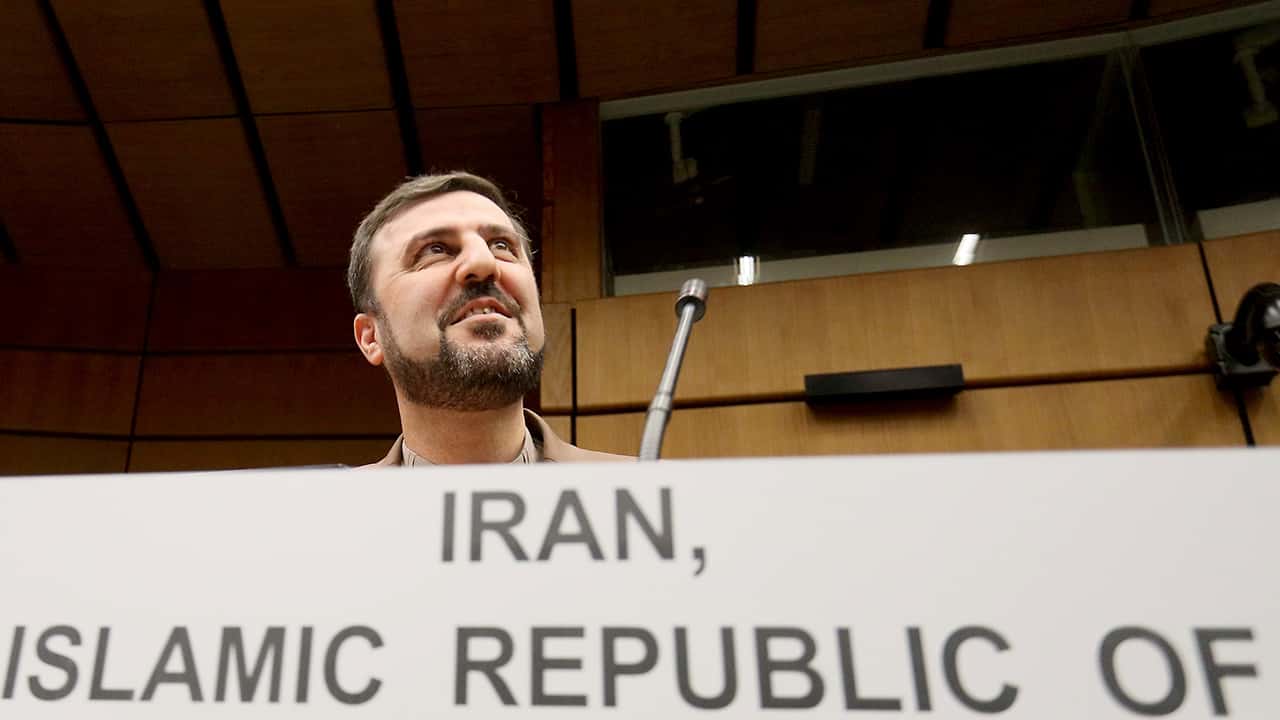 Abadi said he hoped further tests by Iran and the IAEA would explain what happened. Iran’s nuclear industry has been targeted by sabotage and its scientists assassinated in the past.
“Needless to say that Iran, like all other members of the agency, cannot condone any behavior or action which may be against the safety and security of its nuclear installations, especially … considering the past sabotage attempts in its nuclear facilities,” Abadi said.
This marks the first known instance of Iran blocking an inspector amid the tensions.
The IAEA offered a rare statement to journalists disputing Abadi’s account.
“The agency does not go into details in public about such matters, but based on the information available to us, the agency does not agree with Iran’s characterization of the situation involving the inspector, who was carrying out official safeguards duties in Iran,” the IAEA said.
The IAEA added that it will “consult with Iran with a view to clarifying the situation.” It did not elaborate.
Nitrates are a common fertilizer. However, when mixed with proper amounts of fuel, the material can become an explosive as powerful as TNT. Swab tests, common at airports and other secure facilities, can detect its presence on the skin or objects.
Jackie Wolcott, the U.S. representative to the IAEA, earlier called the inspector’s rejection an “outrageous provocation.” Iran Has Denied Claims by Israel

“All board members need to make clear now and going forward that such actions are completely unacceptable, will not be tolerated, and must have consequences,” Wolcott said in remarks released to journalists. “If the Iranian regime thinks it can test the international community’s resolve on this issue, then we assure you the United States will not waver.”


“All board members need to make clear now and going forward that such actions are completely unacceptable, will not be tolerated, and must have consequences. If the Iranian regime thinks it can test the international community’s resolve on this issue, then we assure you the United States will not waver.” — Jackie Wolcott, the U.S. representative to the IAEA
Wolcott’s comments also suggested the IAEA would discuss a warehouse near Tehran where Israel alleges it stole a secret “atomic archive” last year. She suggested that inspectors recovered possible nuclear material there.
“Iran has refused to provide — and apparently cannot provide — a credible, verifiable answer to the fundamental question of where the particles detected by the IAEA came from, and where the material and equipment they came from is today,” she said.
Iran has denied the claims by Israel, which is widely believed to have its own undeclared nuclear weapons program.
Meanwhile, Iran began to inject gas into centrifuges after midnight at Fordo, a facility built under a mountain north of the Shiite holy city of Qom, the Atomic Energy Organization of Iran said. Fordo’s 1,044 centrifuges previously spun without uranium gas for enrichment under the deal, which saw Iran limit its uranium enrichment in exchange for the lifting of economic sanctions.
The 2015 nuclear deal with world powers had called for Fordo to become “a nuclear, physics and technology center.” Now, it’s become an active nuclear site again and represents the most-serious step away from the deal it has taken amid the tensions.

A U.N. official from the IAEA witnessed the injection, Iran said. The centrifuges ultimately will begin enriching uranium up to 4.5%, which is just beyond the limits of the nuclear deal, but nowhere near weapons-grade levels of 90%.
Since the U.S. withdrew from the deal, the other countries involved — Germany, France, Britain, Russia and China — have been struggling to save it.
German Chancellor Angela Merkel told reporters in Berlin on Thursday that Iran’s latest moves were another “step in the wrong direction.”
“With every step they take the situation becomes more difficult,” she said.
Iran acknowledged Fordo’s existence in 2009 amid a major pressure campaign by Western powers over Tehran’s nuclear program. The West feared Iran could use its program to build a nuclear weapon; Iran insists the program is for peaceful purposes. Experts have suggested that the limits imposed under the 2015 deal, when obeyed, meant that Iran would need a year to gather enough material to build a nuclear weapon if it chose to do so — a time known as a “breakout period.”
U.S. Secretary of State Mike Pompeo criticized Iran’s decision to inject gas into the Fordo centrifuges in a statement Thursday. He made no reference to Trump’s decision to leave the deal in May 2018, sparking the crisis.
“Iran’s expansion of proliferation-sensitive activities raises concerns that Iran is positioning itself to have the option of a rapid nuclear breakout,” Pompeo said. “It is now time for all nations to reject this regime’s nuclear extortion and take serious steps to increase pressure.”
Pompeo did not elaborate on what those serious steps should be. The U.S. earlier this week imposed sanctions on members of the inner circle of Iran’s Supreme Leader Ayatollah Ali Khamenei.