Voters in the West took a dim view of taxes, while New Yorkers backed a new way to elect some of their leaders and a New Jersey city cracked down on Airbnb.

Tucson voters seemed uninterested in becoming a sanctuary city, and those in Washington weighed whether to roll back limits on affirmative action.

Across the country, ballot measures gave voters a chance to weigh in on a wide range of issues. Among the highlights:

Tucson voters overwhelmingly rejected a proposal to designate their town as Arizona’s only sanctuary city. The decision in one of Arizona’s most liberal cities is a relief for the Democrats who control city government. They worry the initiative would jeopardize millions of dollars in state and federal funding and put public safety at risk. The initiative was a direct challenge to the state immigration law that drew global attention, protests, boycotts and lawsuits when it was adopted nine years ago. 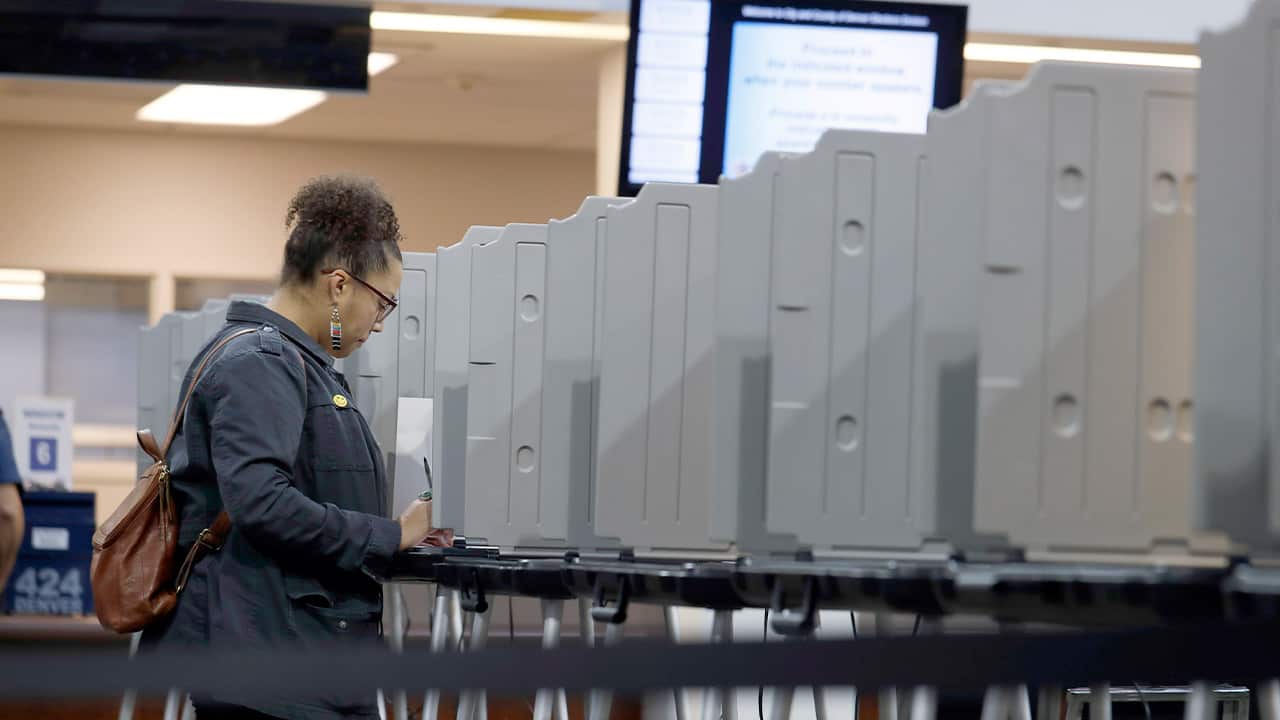 A lone voter fills out a ballot in the lobby of the Denver Elections Division early Tuesday, Nov. 5, 2019, in downtown Denver. (AP Photo/David Zalubowski)

Voters in a New Jersey city that’s just a few minutes by train from lower Manhattan approved restrictions on Airbnb and other short-term rental companies. Jersey City, home to around 271,000 people, has become increasingly popular with tourists seeking an alternative to pricey New York City lodging. That has led to complaints about absentee owners turning apartment buildings into de facto hotels and having a negative effect on affordable housing. The regulations limit how often landlords can rent properties if they don’t live on site. They also forbid short-term rentals in buildings with more than four units if the owner isn’t present and prohibit renters from serving as hosts. The referendum was the latest chapter in a battle that has played out in numerous American cities, including San Francisco, where Airbnb is based.

Voters in New York City passed a measure to adopt a ranked-choice voting system in some future elections. The new system, which passed with overwhelming support, will let people rank up to five candidates in order of preference, rather than picking just one to support. Other places, including Maine and San Francisco, already use ranked choice voting systems, but New York City will be the most populous place in the United States to embrace it. The system will be used in primaries and special elections starting in 2021.

A measure that would legalize sports betting and tax it to help pay for water conservation was too close to call Tuesday evening. The proposal had bipartisan support and only token organized opposition. But the state Constitution requires voters to approve new taxes. It would allow Colorado’s 33 casinos to take both in-person and online bets on professional, collegiate, motor and Olympic sports next year. Legal sports betting has grown since New Jersey won a U.S. Supreme Court case in 2018 allowing it in all 50 states.

Colorado voters rejected a ballot measure asking if the state could keep tax revenue that otherwise would be refunded under limits set by a 1992 constitutional amendment called the Taxpayer’s Bill of Rights. 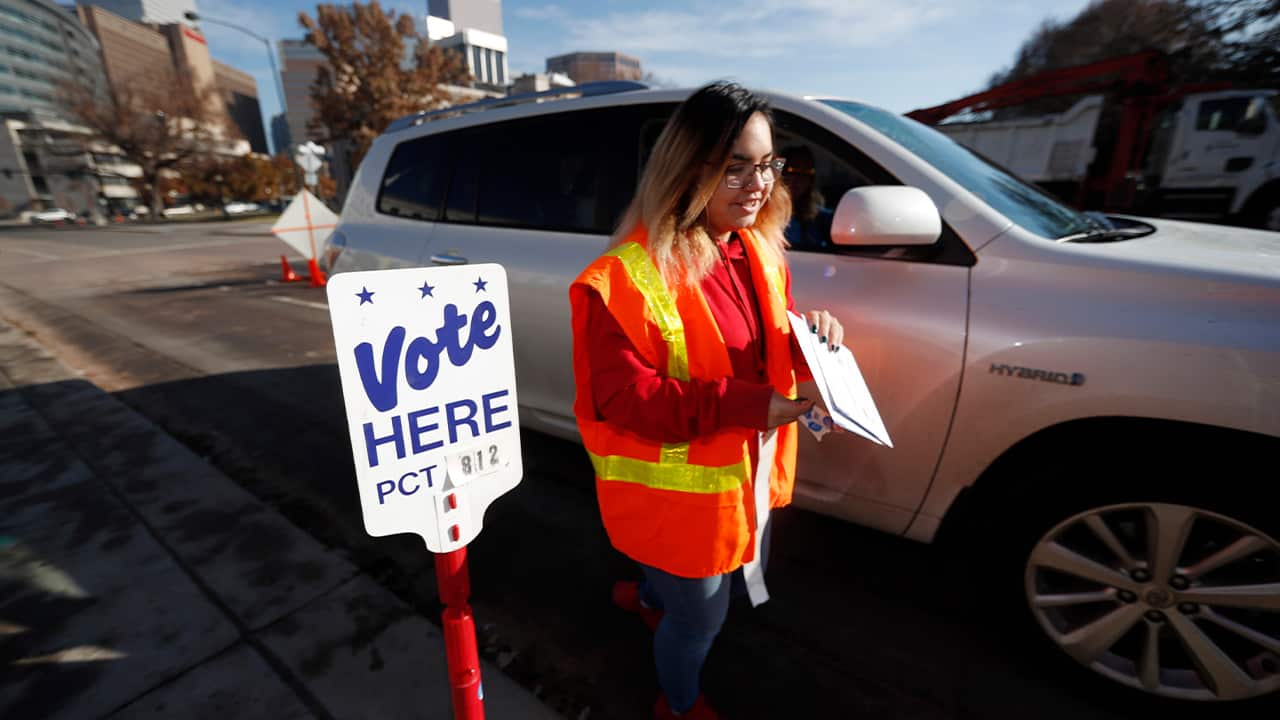 Election judge Amanda Vigil collects a ballot from a motorist at the drive-through site of the Denver Elections Division outside the City/County Building early Tuesday, Nov. 5, 2019, in Denver. (AP Photo/David Zalubowski)

A measure that reinstates the use of affirmative action in state employment, contracting and admission to public colleges and universities was losing in early returns. The measure asks people whether they want to change current laws that prohibit state government from giving preferential treatment to individuals or groups based on race, sex, color, ethnicity, or national origin in public employment, public education, or public contracting.

Voters in Washington were also weighing in on a transportation measure . In early returns they were approving an initiative that would cap annual vehicle registration fees at $30. If the measure goes on to pass, transit and road budgets across the state would be slashed.