Iran to Fuel Centrifuges in New Step Away From Nuclear Deal 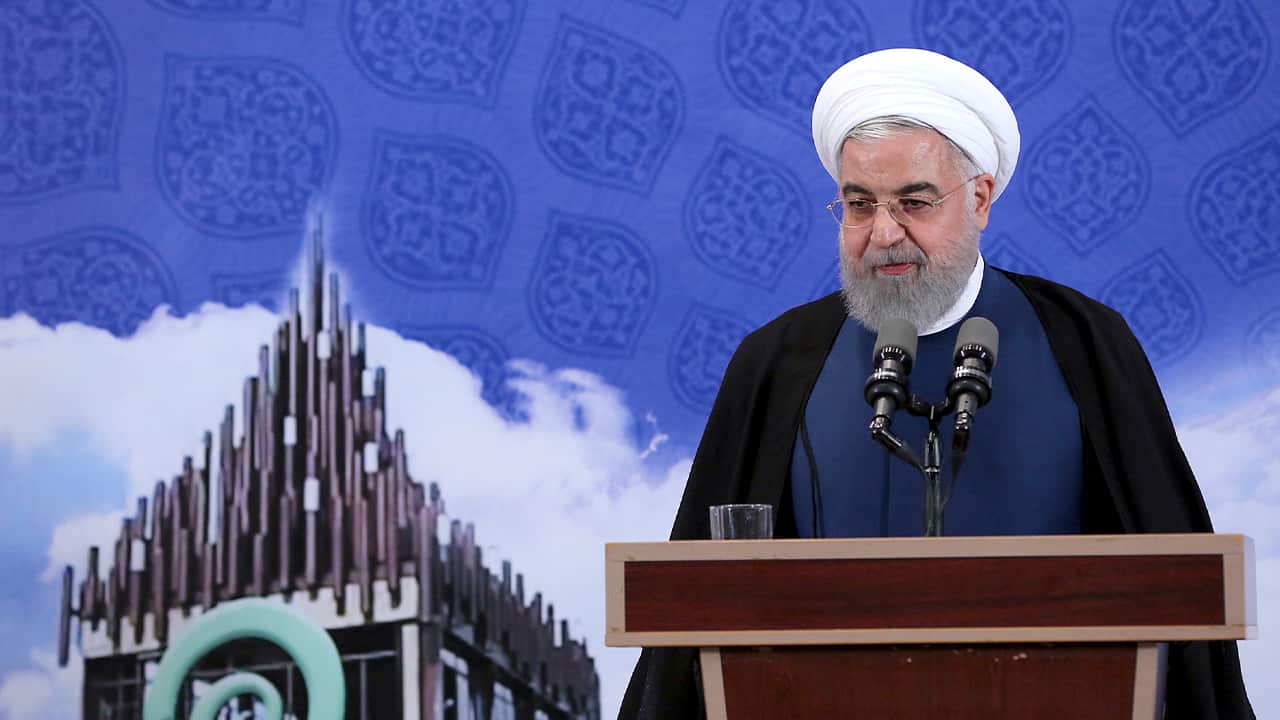 TEHRAN, Iran — Iran will start injecting uranium gas into over a thousand centrifuges at a fortified nuclear facility built inside a mountain, the country’s president announced Tuesday in Tehran’s latest step away from its atomic accord with world powers since President Donald Trump withdrew from the deal over a year ago.

The International Atomic Energy Agency — the United Nations’ nuclear watchdog monitoring Iran’s compliance with the deal — declined to comment on Rouhani’s announcement. Iran’s envoy to the IAEA later told the state-run IRNA news agency the U.N. watchdog received word of Tehran’s decision in a letter that also asked for inspectors to be on hand Wednesday for the gas injection at Fordo.
European Union spokeswoman Maja Kocijancic described the bloc as “concerned” by Iran’s decision. State Department spokeswoman Morgan Ortagus decried the move, saying Iran originally built Fordo as a “fortified, underground bunker in which to conduct secret uranium enrichment work.”
“Iran has no credible reason to expand its uranium enrichment program, at the Fordo facility or elsewhere, other than a clear attempt at nuclear extortion that will only deepen its political and economic isolation,” Ortagus said.
Experts described Iran’s announcement as a major tear to the unraveling deal.
“They’re getting closer and closer to muscle. They aren’t cutting fat right now,” said Richard Nephew, a scholar at Columbia University who worked on the deal while at the State Department.
Fordo sits some 25 kilometers northeast of Qom, a Shiite holy city and the site of a former ammunition dump. Shielded by the mountains, the facility also is ringed by anti-aircraft guns and other fortifications. It is about the size of a football field, large enough to house 3,000 centrifuges, but small and hardened enough to lead U.S. officials to suspect it had a military purpose. In this photo released by the official website of the office of the Iranian Presidency, President Hassan Rouhani, center, attends a ceremony to inaugurate Azadi Innovation Factory in Pardis technology park in west of Tehran, Iran, Tuesday, Nov. 5, 2019. Rouhani announced on Tuesday that Tehran will begin injecting uranium gas into 1,044 centrifuges, the latest step away from its nuclear deal with world powers since President Donald Trump withdrew from the accord over a year ago. (Office of the Iranian Presidency via AP)

The Centrifuges at Fordo Are First-Generation IR-1s

Iran acknowledged Fordo’s existence in 2009 amid a major pressure campaign by Western powers over Tehran’s nuclear program. The West feared Iran could use its program to build a nuclear weapon; Iran insists the program is for peaceful purposes.
The centrifuges at Fordo are first-generation IR-1s. The nuclear deal allowed those at Fordo to spin without uranium gas, while allowing up to 5,060 IR-1s at its Natanz facility to enrich uranium.
Rouhani on Tuesday did not say whether the centrifuges would produce enriched uranium. He stressed the steps taken so far, including going beyond the deal’s enrichment and stockpile limitations, could be reversed if Europe offers a way for it to avoid U.S. sanctions choking off its crude oil sales abroad. However, a European trade mechanism has yet to take hold and a French-proposed $15 billion line of credit has not emerged.
“We should be able to sell our oil,” Rouhani said. “We should be able to bring our money” into the country.
The 2015 nuclear deal, which saw Iran limit its enrichment in exchange for the lifting of economic sanctions, called for Fordo to become “a nuclear, physics and technology center.” Rosatom did not immediately respond to a request for comment about its work there. However, Russia’s Deputy Foreign Minister Sergei Ryabkov said the joint Russian-Iranian project at Fordo would not be affected by Tehran’s latest move.
Rouhani’s announcement came after Ali Akhbar Salehi, the head of the Atomic Energy Organization of Iran, said Monday that Tehran had doubled the number of advanced IR-6 centrifuges operating in the country to 60.

Fordo Could Be a ‘Make-or-Break’ Decision for Tehran

A centrifuge enriches uranium by rapidly spinning uranium hexafluoride gas. An IR-6 centrifuge can produce enriched uranium 10 times faster than an IR-1, Iranian officials say.
As of now, Iran is enriching uranium up to 4.5%, in violation of the accord’s limit of 3.67%. Enriched uranium at the 3.67% level is enough for peaceful pursuits but is far below weapons-grade levels of 90%. At the 4.5% level, it is enough to help power Iran’s Bushehr reactor, the country’s only nuclear power plant. Prior to the atomic deal, Iran only reached up to 20%.

Digital Wallets Like Apple Cash Can't Help if You're Scammed