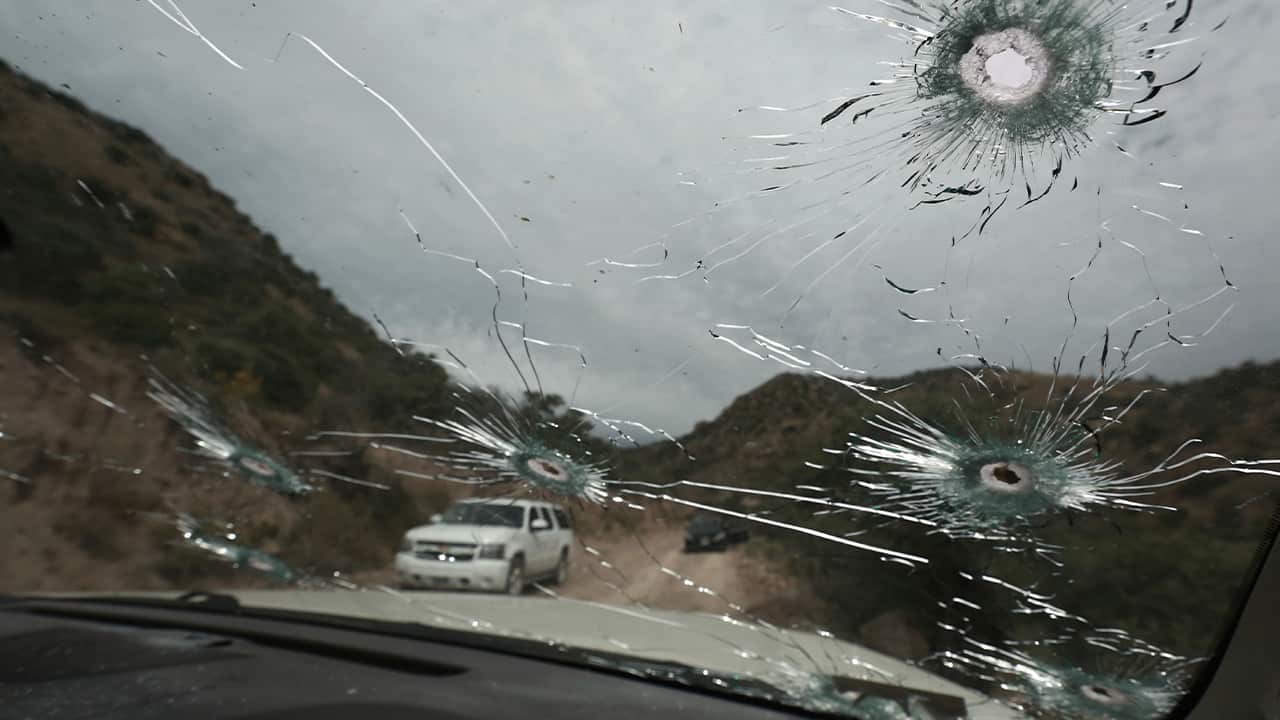 COLONIA LEBARON, Mexico — When drug cartel gunmen opened fire on American women and children in northern Mexico, the Mexican Army, the National Guard and Sonora state police were not there to protect them. It took them about eight hours just to arrive.

This week, he said, the military told him that the town of Zaragoza had been about 50% abandoned.
Army chief of staff Gen. Homero Mendoza said Wednesday that Monday’s ambush — which killed three American mothers and six of their children — started at 9:40 a.m., but the nearest army units were in the border city of Agua Prieta, about 100 miles and 3½ hours away.

Soldiers didn’t start out for the scene until 2:30 p.m. and didn’t arrive until 6:15 p.m. — even while five surviving children lay hiding in the mountains with bullet wounds.
“There are areas where the government’s control is very fragile,” said Mexican security analyst Alejandro Hope.
President Andres Manuel Lopez Obrador created the militarized National Guard after he took office last December to help law enforcement, but its 70,000 troops have to cover a vast territory.
“The government’s main policy tool, the National Guard, is not where it should be,” Hope said, noting that Sonora and Chihuahua states, with over 160,000 square miles (420,000 square kilometers) between them, have only about 4,100 National Guard officers stationed there, or about one for every 40 square miles. “It should be in the mountains, and it’s not there.” Foam floor puzzle pieces seen inside a bullet-riddled a vehicle that members of LeBaron family were traveling in, sits parked on a dirt road near Bavispe, at the Sonora-Chihuahua border, Mexico. Three women and six of their children, related to the extended LeBaron family, were gunned down in an attack while traveling along Mexico’s Chihuahua and Sonora state border on Monday. (AP Photo/Christian Chavez)

Residents Know They Can’t Fight the Cartels on Their Own

Questions have also arisen over whether the army can do its job even when it is present. On Oct. 17, soldiers were forced to release the captured son of drug lord Joaquin “El Chapo” Guzman to avoid further bloodshed after Sinaloa cartel gunmen counterattacked in greater numbers in the city of Culiacan.
Colonia Le Baron is a place where the U.S. influence is evident everywhere you look: pickup trucks with license plates from California, Idaho, Colorado, Washington, and English-speaking customers eating hamburgers at Ray’s Restaurant, Coffee & Grill. Many of the dual citizens were born here, and their families have been here for decades.
Stubbs predicted that some people will move their families to the United States out of fear but will ultimately come back, as happened after the 2009 killing. He seemed dubious about López Obrador’s “hugs, not bullets” security strategy of trying to solve underlying social problems instead of battling the drug cartels with military force.
“I’m really shocked actually of his way of thinking, and it ain’t going to solve the problems,” he said.
Residents know they can’t fight the cartels on their own.

The Killers Were Believed to Be From La Linea

“We’re not experts in military and war and weapons,” Stubbs said. “We’re farmers, and we have great families and big families, and we definitely want our families to be peaceful.”

Doctors Try CRISPR Gene Editing for Cancer, a 1st in the US