Results in Kentucky, Mississippi, New Jersey and Virginia won’t necessarily predict whether Trump will be reelected or which party will control Congress after the general election next fall. But partisans of all stripes invariably will use these odd-year elections for clues about how voters are reacting to the impeachment saga and whether the Republican president is losing ground among suburban voters who rewarded Democrats in the 2018 midterms and will prove critical again next November.

Trump is eager to nationalize whatever happens, campaigning Monday evening in Kentucky for embattled Republican Gov. Matt Bevin, a first-term Trump ally, as he tries to withstand Democrat Andy Beshear, the attorney general whose father was the state’s last Democratic governor. The president campaigned in Mississippi on Friday, trying to boost Republican Tate Reeves in a tight governor’s race against Democrat Jim Hood. Reeves is lieutenant governor; Hood is attorney general.

Legislative seats are on the ballots in New Jersey and in Virginia, with the latter presidential battleground state offering perhaps the best 2020 bellwether. Democrats had a big 2017 in the state, sweeping statewide offices by wide margins and gaining seats in the legislature largely on the strength of a strong suburban vote that previewed how Democrats would go on to flip the U.S. House a year later. This time, Virginia Democrats are looking to add to their momentum by flipping enough Republican seats to gain trifecta control of the statehouse: meaning the governor’s office and both legislative chambers.

In New Jersey, Democrats are looking to maintain their legislative supermajorities and ward off any concerns that Trump and Republicans could widen their reach into Democratic-controlled areas.

“With a Democratic Party engaged in a race to the left and promoting an increasingly radical impeachment agenda, the choice for voters is extremely clear.” — Amelia Chase of the Republican Governors Association

Both parties see reasons for confidence.

“With a Democratic Party engaged in a race to the left and promoting an increasingly radical impeachment agenda, the choice for voters is extremely clear,” said Amelia Chase of the Republican Governors Association, predicting victories for Kentucky’s Bevin and Mississippi’s Reeves.

Yet Democrats point to their expanded party infrastructure in states like Virginia and believe it positions them to capitalize on the GOP’s embrace of a president with job approval ratings below 40%.

“Republicans are sweating elections in traditionally conservative areas,” said Democratic National Committee Chairman Tom Perez. “Democrats are making historic, early investments to lay the groundwork for our eventual nominee to win the White House in 2020 and for Democrats to win at every level.”

Indeed, Kentucky and Mississippi are expected to be closer than the states’ usual partisan leanings would suggest, though that has as much to do with local dynamics as with any national trends.

Bevin’s first term as Kentucky governor has been marked by pitched battles against state lawmakers — including Republicans — and teachers. Beshear, meanwhile, is well known as state attorney general and the son of Steve Beshear, who won two terms as governor even as the state trended more solidly Republican in federal elections. 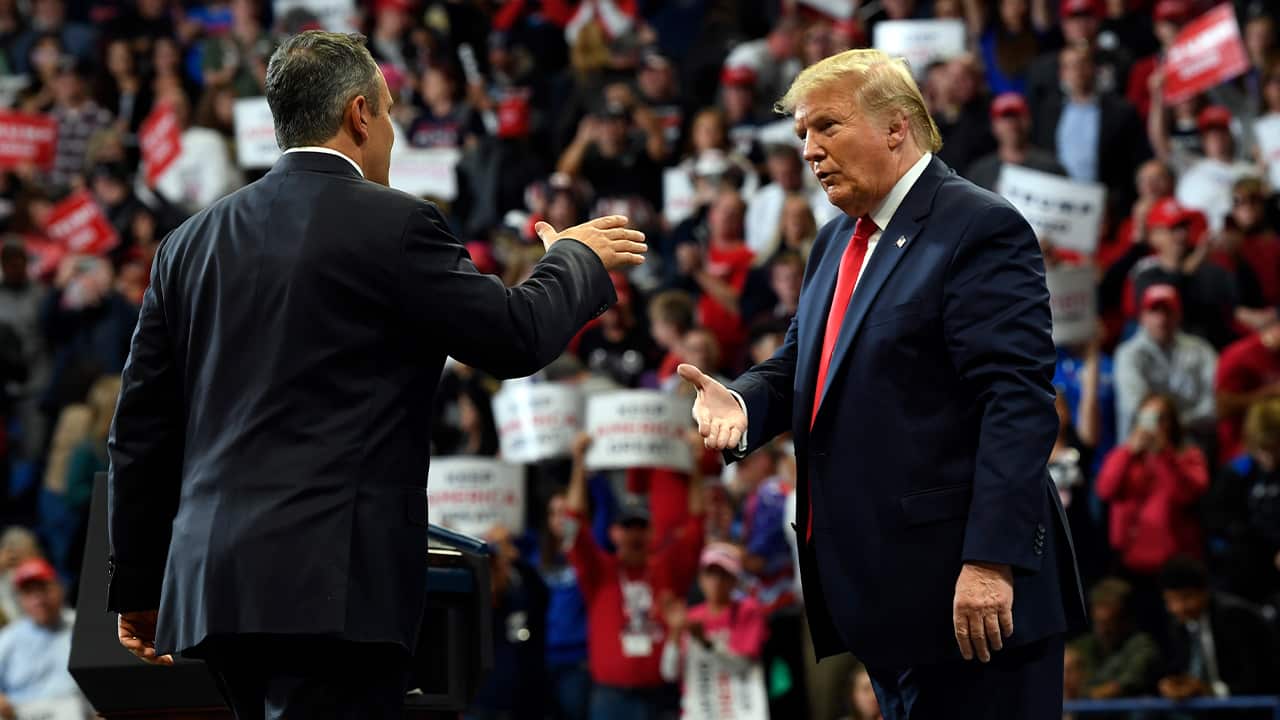 Virginia Is Where National Democrats Are Putting Much of Their Attention

Given Bevin’s weakness, Trump would claim a big victory if the governor manages a second term. Senate Majority Leader Mitch McConnell, who easily defeated Bevin in a 2014 Senate primary, also has a vested interest in the outcome. McConnell is favored to win reelection next year in Kentucky, even as national Democrats harbor hopes of defeating him. And the powerful senator would quell some of those hopes with a Bevin victory.

As with the 2018 midterms nationally, Beshear is looking for wide margins in cities and an improved Democratic performance in the suburbs, particularly in formerly GOP territory south of Cincinnati.

In Mississippi, Republicans have controlled the governor’s office for two decades. But Phil Bryant is term-limited, leaving two other statewide officials to battle for a promotion. Reeves and Republicans have sought to capitalize on the state’s GOP leanings with the Democrat Hood acknowledging that he voted for Hillary Clinton over Trump in 2016. Hood would need a high turnout of the state’s African American voters and a better-than-usual share of the white vote to pull off the upset.

Virginia is where national Democrats are putting much of their attention.

For this cycle, the DNC has steered $200,000 to the state party for its statewide coordinated campaign effort that now has 108 field organizers and 16 other field staffers in what the party describes as its largest-ever legislative campaign effort. At the DNC, Perez and his aides bill it as a preview of what they’re trying to build to combat the fundraising and organizing juggernaut that the Republican National Committee and Trump’s reelection campaign are building in battleground states.