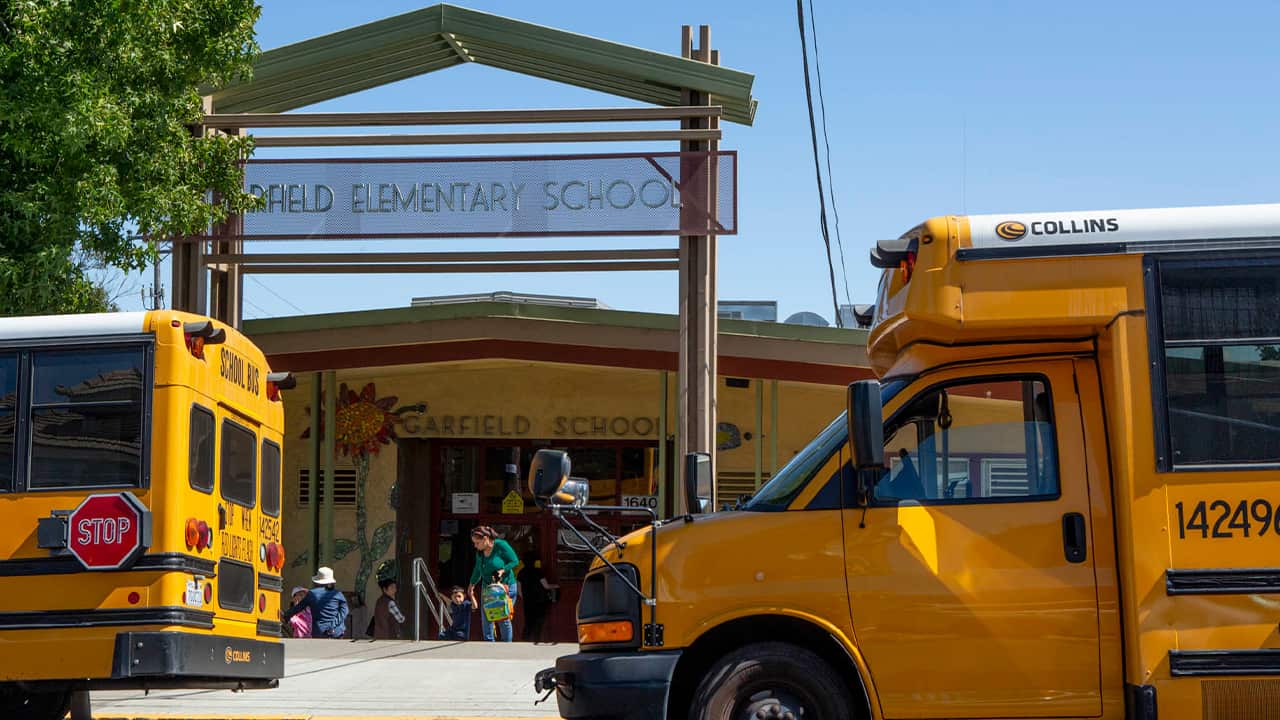 Of the dozens of education bills that Gov. Gavin Newsom signed into law this year, few will have a more practical impact on everyday lives than the new, later start times for California’s high schools and middle schools.
The signing of Senate Bill 328 by Democratic Sen. Anthony Portantino marked a milestone for the decades-long public health movement to awaken public schools to the detrimental effects of adolescent sleep deprivation. But it also brought to a head a charged debate among school boards, administrators and parents over who gets to decide when to start a community’s school day.

What Does the New Law Actually Do?

School districts in the state will have a three-year window — until the start of the 2022-23 school year — to implement schedules that ring the first-period bell no earlier than 8:30 a.m. for high schools and 8 a.m. for middle schools.
The new law does not mandate that middle and high schools adhere to a specific bell schedule, nor does it change the instructional minutes required of schools, so lost class time may have to be made up during the middle or at the end of the day to meet the state’s instructional time requirements.
The law also doesn’t apply to “zero” periods, meaning those classes, typically reserved for early-morning electives, could still be held before the new mandated floor on start-times.
Exactly when parents and students should expect to see the change depends on their local district, and on the expiration date of the collective bargaining agreement. For some schools, the switch may not happen for another three years.
For others, it has already happened. For example, San Diego Unified School District, California’s second-largest district, had already decided prior to this law to push back start times for their high schools to 8:30 a.m. by the 2020-21 school year.

Which Schools Are in, and Which Ones Are Out?

Though the law will only apply to California middle schools and high schools, some schools will be exempt. Exactly how many is unclear, and advocates and opponents of SB 328 both agree that the state needs to clarify that part of the law.
The legislation specifically exempts “rural school districts” due to the logistical challenges and higher-than-average transportation costs that would make a change in, say, bus schedules more expensive. But the law does not define “rural.” The U.S. Department of Education, for example, has three different classifications for rural schools depending on how many miles away they’re from an urban cluster.
And though “middle schools” could likely encompass various configurations (such as schools serving sixth through eighth grades or seventh and eighth only), schools that also serve primary-grade students, such as K-8 schools, will not be affected by the law.

As Noted Above, Some Schools Already Are Starting Later. Just How Many Will Have to Change Their Morning Bells?

Data on this issue has been elusive, and the state does not track school start times. But a CalMatters survey of more than 400 traditional high schools in the state’s largest school districts (those with 20,000 or more students), indicates that the new law is going to have a fairly sweeping impact.
Of the 408 California high schools in big districts for which CalMatters could find bell schedule times, only 21 currently begin their instructional day at 8:30 a.m. or later as the law will require. The majority of those high schools begin their first period of classes between 7:30 a.m. and 8 a.m., the latter mark being the most popular start time (123 schools start at 8 a.m. on the dot).
And 27 of the 408 started their school day even earlier than 7:30 a.m. The earliest start time CalMatters found was 7 a.m. at Granite Hills High School in El Cajon. The latest was  9:05 a.m. at Early College High in Costa Mesa.
As a reference point, a study by the Centers for Disease Control found that in 2011-12, about 21% of middle and high schools in California started at 8:30 a.m. or later.

What’s Behind the Effort to Push Back School Start Times?

Put simply, experts and advocates say starting school too early has profound negative effects on students’ health and wellness. They point to a body of research showing that starting school later reduces rates of depression, suicide, obesity and sleep deprivation among adolescents because they better align with their circadian rhythms and get a higher quality of sleep. Some studies also show later start times lead to higher student learning outcomes.
But the health argument has historically given way to concerns that a state mandate will take local control from communities and school districts. That latter concern is so charged that it pushed consideration of SB 328 into the final hours of this year’s legislative session, as sleep-deprived lawmakers argued its merits in the early morning hours.
Some legislators argued the bill would just inconvenience students and families, and echoed Gov. Jerry Brown, who, in an earlier veto message, wrote that the state was overreaching. Other legislators sympathized with parents whose kids attend early-start schools, and said the issue is so consequential to adolescents’ well-being that mandating later start times superseded local control.
“The science has been crystal clear for decades, but it’s been politically difficult, if not impossible for most school districts to follow the science,” said Terra Ziporyn Snider, co-founder of the national Start School Later advocacy group, which pushed for the California legislation.
“That’s why this legislation is such a landmark move, because it empowers districts to do what’s right for kids and not have to worry about people coming after them with pitchforks.”

It could. A Senate Appropriations Committee analysis of AB 328 estimated that implementation of the law could put schools on the hook “potentially in the millions of dollars.” However, advocates expressed optimism that later start times would increase attendance, in turn countering the financial impact with more attendance-based state funding for schools.
SB 328 did not attach any funding, and the California School Boards Association, which opposed the bill, said legislators did not account for the work it would take for school districts at the ground level to make the logistical switch.
“We’d certainly like to see the state play its part and grapple with the reality of SB 328 as a bill that is now law, which is much more complicated than what the bill provides for,” said Troy Flint, spokesman for the state’s school boards association.

What’s Happening Nationally on This?

Where California goes, other states tend to follow. Shortly after the governor’s signing of SB 328, an Ohio legislator introduced a bill to push back school start times there.
Legislators in the Virgin Islands have also picked up on the idea. Editorial boards in newsrooms large and small have tipped their hat to California and made the case for their local schools to implement later start times.
And several school districts outside the state have already implemented start times that meet California’s new standards. In Seattle Public Schools, for example, high schools start no earlier than 8:45 a.m.
CalMatters.org is a nonprofit, nonpartisan media venture explaining California policies and politics.