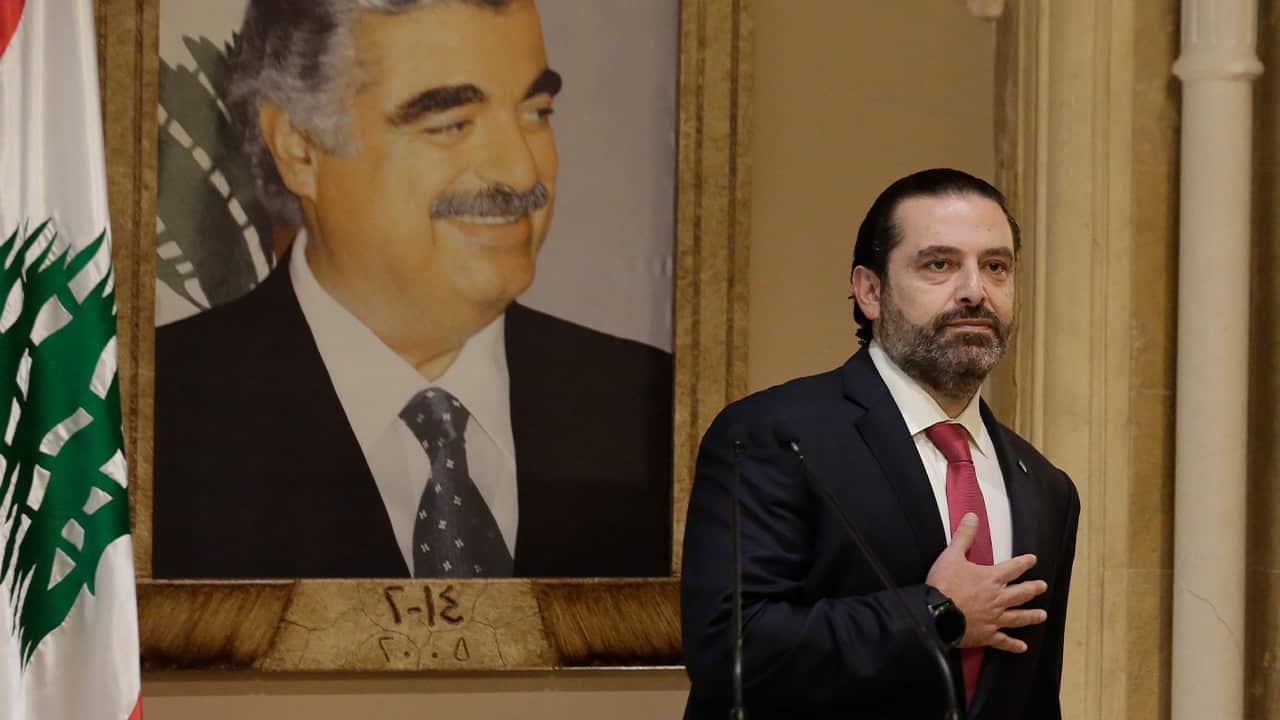 Similar demonstrations erupted in Iraq this month, calling for the overthrow of the political class that became entrenched after the 2003 U.S.-led invasion. The protests there have been much more violent, with security forces firing tear gas and live fire. At least 240 people have been killed.
Lebanon’s protests were largely peaceful, with only occasional minor scuffles with security forces, but that changed early Tuesday, when groups of men began confronting protesters who were blocking roads.
The men initially presented themselves as disgruntled residents frustrated by the country’s paralysis, but they later could be heard chanting, “At your service, Hussein,” a Shiite religious slogan, and “God, Nasrallah, and the whole Dahiyeh,” referring to Hezbollah leader Hassan Nasrallah and the group’s stronghold in the southern suburbs of Beirut.
They launched their attack about midday on the main protest camp in Beirut where demonstrators have been staying for nearly two weeks. The rallies swell at night, but there were only a few dozen protesters in the square when the Hezbollah supporters arrived.


Related Story: Why Are There so Many Protests Across the Globe Right Now?

Soldiers and riot police initially moved in to separate the groups but were unable to prevent the Hezbollah supporters from storming Martyrs’ Square in central Beirut, the main protest site. Hezbollah supporters lashed out at reporters covering the melee, kicking some of them and reaching for their cameras.
It was unclear how many people were wounded. Fights broke out in places and security forces could be seen beating some people with batons.
The protesters armed themselves with wooden batons and metal poles as the Hezbollah supporters approached but fled when the counterdemonstrators arrived in larger numbers. Security forces later fired tear gas to disperse them, but only after they had destroyed and set fire to several tents.
Nasrallah had criticized the protests last week, accusing unspecified foreign powers of exploiting them to undermine his group and saying they threatened to drag the country into civil war. A riot police officer, center right, stops other policemen from beating a protester who lies on the ground, after clashes erupted between an anti-government protesters and Hezbollah supporters near the government palace, in Beirut, Lebanon, Tuesday, Oct. 29, 2019. Lebanon’s prime minister resigned, bowing to one of the central demands of anti-government protests. (AP Photo/Hussein Malla)

Hezbollah was the only armed group in Lebanon to maintain its weapons after the civil war, saying they were needed to defend the country from Israel, which occupied parts of southern Lebanon from 1982 until 2000. Hezbollah later fought Israel to a stalemate during a ferocious monthlong war in 2006.