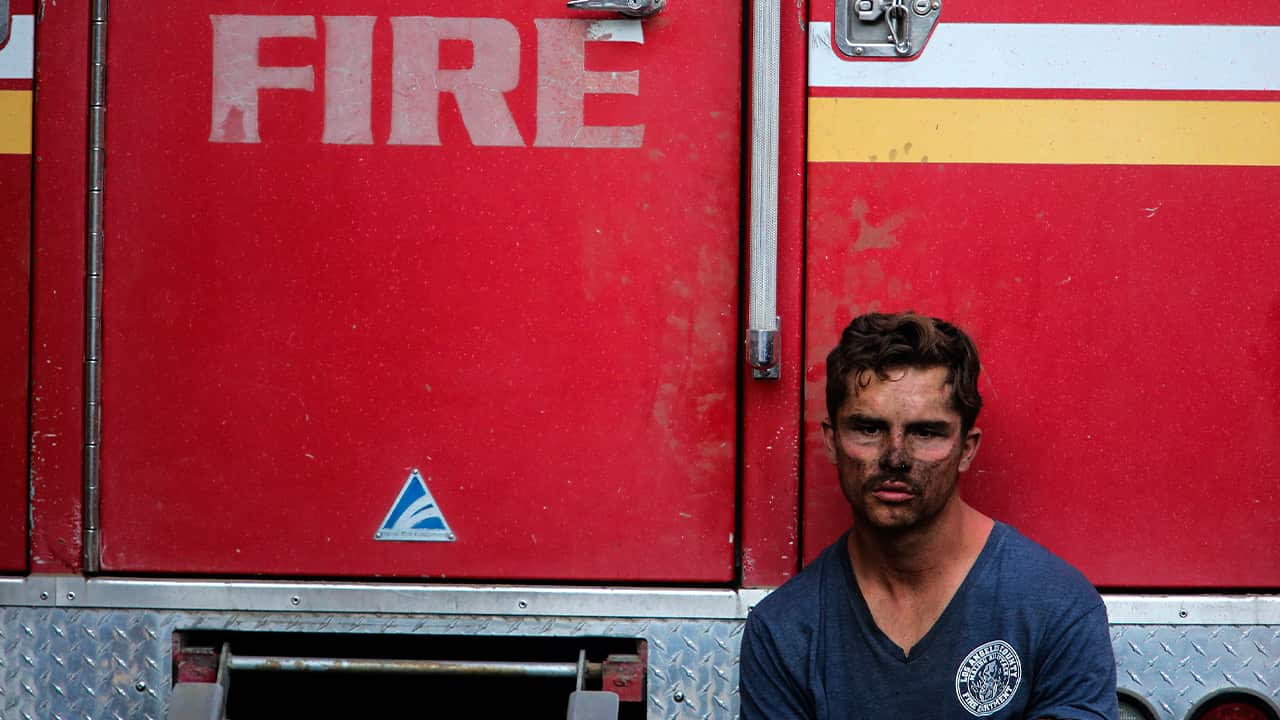 LOS ANGELES — Crews fought Tuesday to drown, slash and smother wildfires that have incinerated dozens of homes in Northern and Southern California before returning windstorms can blow them back into furious life.
In California wine country, firefighters worked to reinforce fire lines in western Sonoma County while rushing to shore up the eastern side that could be the new focus as winds switched direction.

Winds were expected to hit 20 to 30 mph Tuesday, with gusts of up to 50 mph by afternoon. The winds will peak by midnight before easing, forecasters said.
In the south, a brief lull in the wind helped crews attacking a blaze that swept through the star-studded hills of Los Angeles on Monday. The fire roared up a steep hillside near the J. Paul Getty Museum in the Brentwood section. It destroyed at least eight homes and damaged at least six, forcing LeBron James and thousands of others to flee.
The Getty, with its collection of priceless art, was not threatened, fire officials said.

Much of the blaze was reduced to smoldering ruins and hot spots but hot, dry Santa Ana winds that could blow them to life and spread embers were predicted beginning Tuesday night. Red flag warnings of extreme fire danger were issued for much of Southern California into Thursday, with gusts up to 75 mph possible in some areas.
With no rain and more wind in the forecast, the coming days could be grim.
The flames didn’t discriminate. In wine country, vineyard farmworkers were among those displaced. In Los Angeles, James and former Gov. Arnold Schwarzenegger were driven from their homes along with tens of thousands of others. Power Cut to Hundreds of Thousands of Customers

“Man, these LA (fires) are no joke,” the Los Angeles Lakers star tweeted, using an emoji for the word “fires.” ”Crazy night.”
Joann Killeen packed up her important papers, medicine, power bars and her dog Riley and fled as soon as she got an evacuation call from the fire department on her cellphone at about 2 a.m. Monday. Her hilly neighborhood is vulnerable to fires and Killeen said she has been evacuated five times in 18 years.