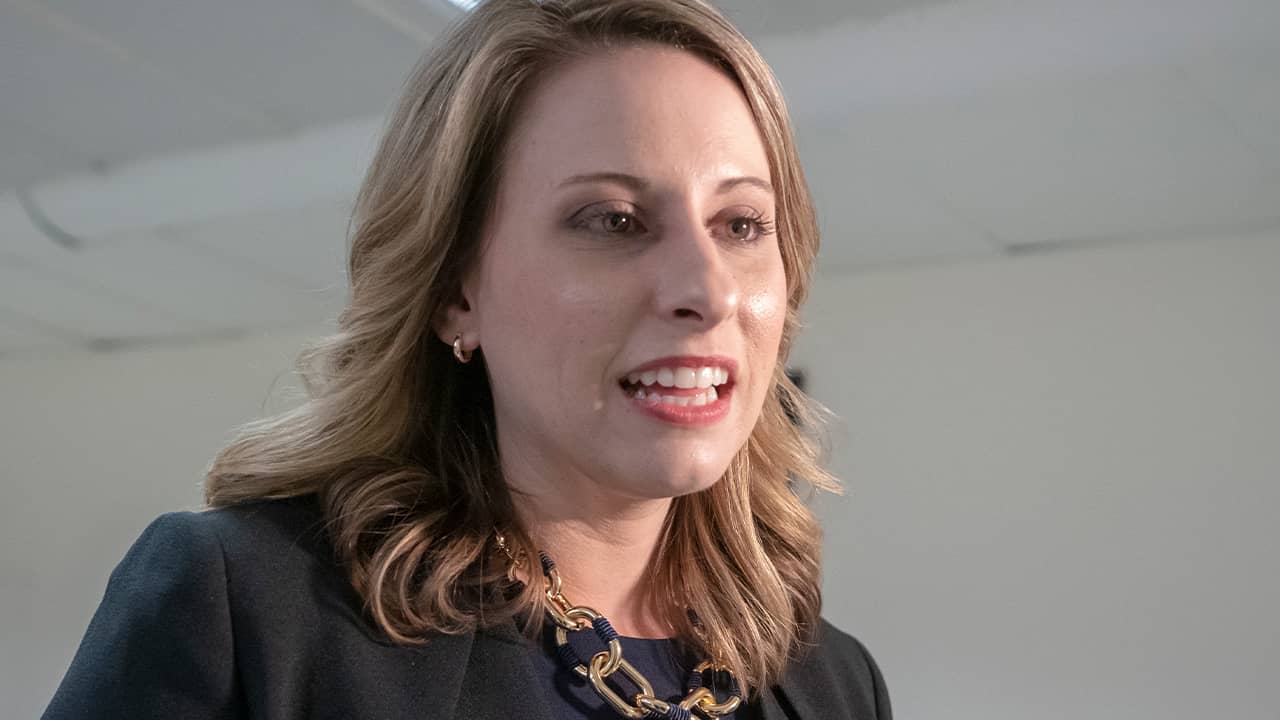 WASHINGTON — Freshman Rep. Katie Hill, a rising Democratic star in the House, announced her resignation amid an ethics probe, saying explicit private photos of her with a campaign staffer had been “weaponized” by her husband and political operatives.
The California Democrat, 32, had been hand-picked for a coveted leadership seat. But in recent days, compromising nude photos of Hill and purported text messages from her to a campaign staffer surfaced online in a right-wing publication and a British tabloid. House Speaker Nancy Pelosi said Hill had acknowledged “errors in judgment” that Pelosi said made her continued service in Congress “untenable.”

The House ethics committee had launched an investigation into whether Hill had an inappropriate relationship with an aide in her congressional office, which is prohibited under House rules. Hill, one of the few openly bisexual women in Congress, has denied that and vowed to fight a “smear” campaign waged by a husband she called abusive.
But her relationship with the campaign aide became a concern for House Democrats who have made equality in the workplace a particular priority. On Sunday, after apologizing for the relationship with a subordinate, Hill announced she was stepping aside.
“It is with a broken heart that today I announce my resignation from Congress,” she wrote in a statement released Sunday.

“Having private photos of personal moments weaponized against me has been an appalling invasion of my privacy. It’s also illegal, and we are currently pursuing all of our available legal options,” she added. “However, I know that as long as I am in Congress, we’ll live fearful of what might come next and how much it will hurt.”


“Having private photos of personal moments weaponized against me has been an appalling invasion of my privacy. It’s also illegal, and we are currently pursuing all of our available legal options. However, I know that as long as I am in Congress, we’ll live fearful of what might come next and how much it will hurt.” — Rep. Katie Hill
Hill’s statement provided no details on that or when she would step down. Hill’s office and campaign provided no additional public comment.
Pelosi, D-Calif., praised Hill in a statement on Sunday for bringing “a powerful commitment to her community and a bright vision for the future” to the House but added: “She has acknowledged errors in judgment that made her continued service as a Member untenable. We must ensure a climate of integrity and dignity in the Congress, and in all workplaces.”
Pelosi picked Hill for a coveted leadership seat. Hill had also been named vice chair of the powerful House Oversight Committee.
Hill’s abrupt fall came after a blazing rise in which she won the last Republican-held House seat anchored in Los Angeles County, part of a rout that saw GOP House members driven out of their seats in Southern California.
She was elected by 9 percentage points last year, ousting two-term Republican Rep. Stephen Knight and capturing the district for her party for the first time since 1990. Democratic presidential candidate Hillary Clinton carried the district in 2016 by 7 points.

Hill’s campaign had raised a healthy $2.2 million so far this year, putting her on track for a strong reelection bid.
Citing the more than 4-in-10 district voters from minority groups, Rep. Cheri Bustos, D-Ill., who heads House Democrats’ campaign committee, said there was “no doubt” her party would hold the district next year.
But Rep. Tom Emmer, R-Minn., chairman of the House GOP campaign arm, said Republicans “look forward to winning back this seat.”
In recent days, Hill’s Los Angeles-area constituents were wrestling with questions about who might have been wronged, how much it matters and whether any punishment was warranted.
Hill, celebrated as a face of millennial change in Congress, said in her statement that she had no choice but to step down.
“This is what needs to happen so that the good people who supported me will no longer be subjected to the pain inflicted by my abusive husband and the brutality of hateful political operatives who seem to happily provide a platform to a monster who is driving a smear campaign built around cyber exploitation,” Hill said. “I can no longer allow my community, family, friends, staff, supporters, and especially the children who look up to me as a role model, to suffer this unprecedented brand of cruelty.”

Hill Is Divorcing Her Husband and Says He Is Abusive

She apologized to “people who have been hurt.”